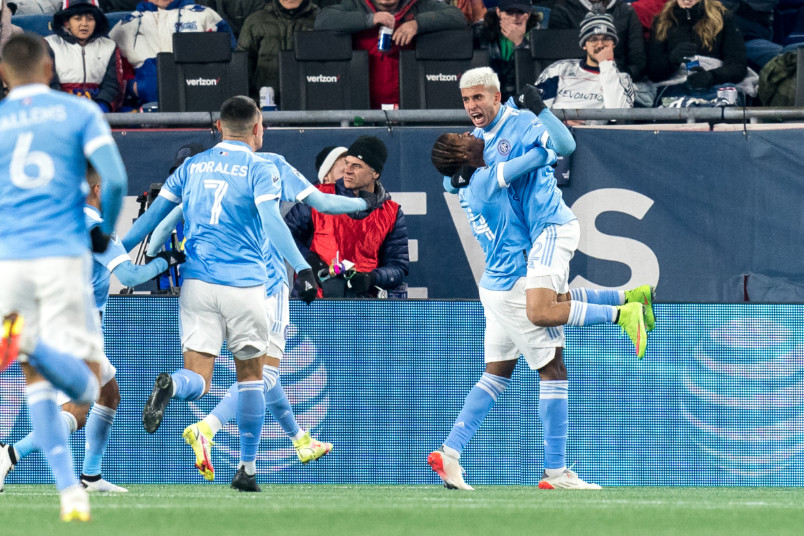 By J Hutcherson (Nov 30, 2021) US Soccer Players – The 2nd and 4th-place teams will play for the Eastern Conference’s spot in the 2021 MLS Cup final, completing a bracket that saw one upset. Sure, it was the biggest possible with the 4th-seed NYCFC knocking out the Supporters’ Shield winning New England Revolution on penalties, but otherwise, the seeding told the story in the East. Philadelphia will host New York in a bracket that left the surprise result for the last game of the semifinals.

Compared to the Western Conference, the East played out almost predictably. What that means for the rest of the Eastern Conference table may be a different version of the question those clubs were already asking.

We’re firmly in an era where revamp has replaced rebuild as the term of art for – an MLS roster over an offseason. The league of a particular parity rewards enough clubs for making the appropriate changes season-to-season that a multi-year rebuilding effort seems excessive. There’s enough available through the multiple machinations of MLS roster rebuilding, sorry, revamping, to get to work over one offseason. There’s no such thing as expectation management when another club gets it right.

For the teams that got an extra game courtesy of finishing 5th through 7th, the questions are already there, the volume growing. It’s not enough to just make the playoffs, something the bottom seed in the West has underlined twice now. Addressing them fully means also admitting to regular season and then playoff disappointment. Sure, it’s better than missing out entirely unless that playoff loss reveals issues that could carry into the following season.

Figuring out how to judge success in the Eastern Conference might be more straightforward than the West, but it’s still a tough situation when trying to work the league’s roster rules to create an advantage. How much to keep depends on a technical side believing that they were close in 2020. How much to cut can lead to a situation where a season spirals early, potentially taking jobs with it.

Whatever reworking of rosters happens en route to the start of the 2022 season in late February is happening in concert with what most of the league will also end up needing to figure out. That includes an expansion draft and the building of the Charlotte FC roster. It also involves teams that found success in 2021 deciding if they have enough for similar results moving forward.

In other words, what does Bruce Arena’s New England Revolution do when a penalty in the shootout recasts their remarkable regular season? MLS remains a playoff league where the Supporters’ Shield is the equivalent of winning the pennant in baseball or the Presidents’ Trophy in the National Hockey League. It’s nice to have it in the cabinet, but it’s not the point.

All involved across the league recognize that, with the Revolution falling in the semifinals offering an unnecessary reminder. Building for a standout season can come undone after one game of playoff soccer.

So at least to an extent, 1st and 3rd in the East join the rest of the table in considering their approaches to 2022. It may not be the same revamp required for teams well out of the playoff race, but it’s a version of figuring out rules and opportunities. That’s the MLS model, creating ways for teams to build that don’t necessarily require maxing out designated player budgets. It’s a push/pull that’s existed in the league since the loosening of the squad rules, but one that remains difficult to get right on schedule.

In part, it’s that old MLS problem. How do you define good in this league? Is it the team obviously over-performing yet somehow riding results to a top seed? When they bow out early, is that a statement about the entirety of the season or just the finale? And the team that does pull off those unlikely upsets? If they make it all the way to the final, does that become its own model?

The Western Conference showed how quickly expectations can shift. For the East, it’s more about acknowledging that no team could keep up with the Revolution until one playoff game. The takeaway from that can’t help but keep the regular season in mind. So good for so long has to be the message the Revolution sent. 120 minutes and penalties ends their season, but not the quality of play they put on the field game after game under shifting situations. Matching that is now the high-water mark in MLS, even when it doesn’t mean advancing in the playoffs.