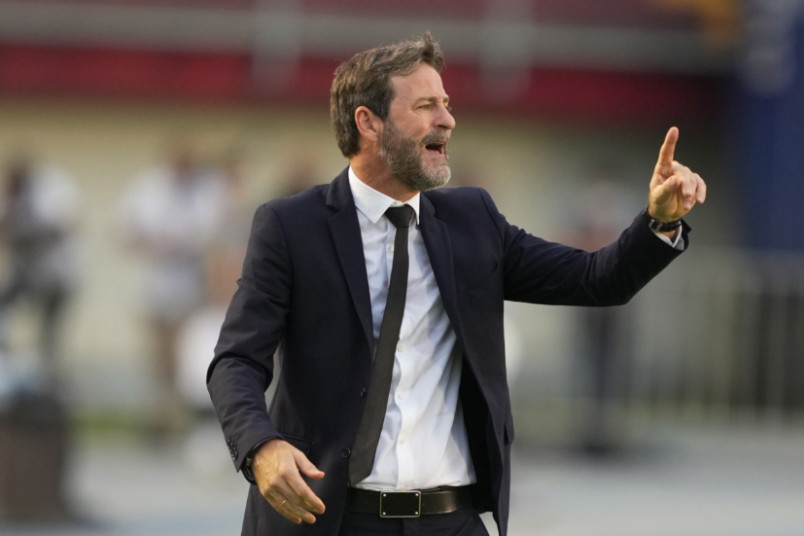 The soccer news starts with Panama opening their November World Cup qualifying schedule in 4th-place. Panama is at Honduras on Friday, playing the only team that has yet to win a game in the Octagonal round. It was an up-and-down October window for Los Canaleros, losing 1-0 at El Salvador, beating the USA 1-0 at home, and then losing 4-1 at Canada. Panama lost 3-2 to Honduras in the group stage of the Gold Cup, though how much that tells us in November is an open question.

What Panama has shown so far is that they’re not going to bunker and give up possession. In that loss to Canada it was Panama holding 57% of the possession. The only October game where they didn’t have the edge in possession was against the USA. Even there, it was a 49-51% split.

Panama coach Thomas Christiansen has talked about establishing a way of playing, and that’s shown regardless of the result. This isn’t a team taking a lot of shots, a risk/reward scenario that stalled at El Salvador when they didn’t get any on goal. It’s worth the reminder that though Panama only put two from seven on goal against Canada, they led early in that game.

If Panama continues to develop into a team that is tough to break down, especially at home, it could end up disrupting the Octagonal standings. Drawing at home against Mexico in September and beating the USA in October adds to the pressure Panama will face in the second game of the window. They play El Salvador on Tuesday, trying to make up for that 1-0 away loss on October 7.

November could be an interesting window for Panama to show that they keep control. 5th-place Costa Rica is still a work in progress. 6th-place Jamaica is closer to full strength in this window. There’s the potential for places to change as qualifying heads into 2022 and the unique late January/early February window.

The MLSPA released the list of free agents in MLS. Football Italia’s Lorenzo Bettoni explains what the midfield situation at Juventus may mean for Weston McKennie. Forbes’ Adam Digby works through Juventus’s tactical concerns. Aston Villa named Steven Gerrard as the club’s new head coach. Football 365 asks a big picture question about coaching in the Premier League. The Independent’s Jamie Gardner with the groups in European soccer against radically changing the international calendar.

World Cup qualifying on TUDN: Moldova vs Scotland at 12pm. Italy vs Switzerland is on ESPN2 at 2:45pm. Universo has Honduras vs Panama at 8pm and El Salvador vs Jamaica at 10pm. USA vs Mexico is on ESPN2 at 9pm ET.