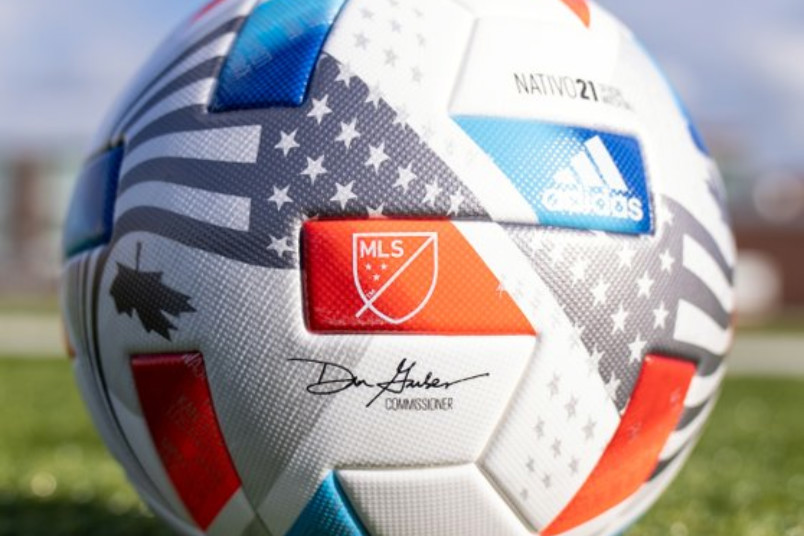 “Last year we were inexperienced and it showed in the game,” Colorado coach Robin Fraser said. This year we did everything we needed to to be in this position, to be in the top seed in the West. First half, we showed how good we can be and really at this point that the sting needs to last and come January 9th or 10th when we start up again, that sting needs to stay in us for the entire year with a determination that it’s going to end better next year.”

In the Europa League, Cameron Carter-Vickers’s Celtic lost 3-2 at Bayer Leverkusen in group G. Falling behind in the 16th minute, a Josip Juranovic penalty in the 40th leveled the score for Celtic. Jota put Celtic up in the 56th. Bayer Leverkusen responded with an equalizer in the 82nd, going ahead for good in the 87th. Carter-Vickers saw yellow in the 69th minute.

“We didn’t finish the game off in the way that we could have,” Celtic manager Ange Postecoglou said. “But credit to the players, Leverkusen are a fantastic team and we came to their backyard and gave them a game.”

“I think I put in a good cross for our opener,” Chandler said. “Daichi was free on the far post, but I think maybe their goalkeeper helped a bit as well, I guess he was out of place a little bit.”

DeAndre Yedlin’s Galatasaray beat Konrad De La Fuente’s Marseille 4-2 at home in group E. Alexandru Cicaldau opened the scoring for Galatasaray in the 12th minute with an own-goal doubling the lead in the 30th. Galatasaray’s Sofiane Feghouli made it 3-0 in the 64th with Arkadiusz Milik pulling a goal back in the 68th. Ryan Babel made it 4-1 Galatasaray in the 83rd with Milik scoring again for Marseille in the 85th minute.

Mark McKenzie’s KRC Genk drew 1-1 at Dinamo Zagreb in group H. Dinamo went up in the 35th with Ike Ugbo equalizing for Genk in the 45th. McKenzie assisted on the goal. Richy Ledezma wasn’t in the squad for PSV’s 2-0 home shutout of Sturm Graz in group B. Carlos Vinicius scored in the 45th and Bruma doubled the lead in the 55th minute.

Mix Diskerud subbed on in the 63rd minute of Omonia’s 2-2 draw at Qarabag in group H of the Europa Conference League. Michal Duris converted an Omonia penalty in the 43rd and an own-goal leveled the score in the 49th. With Omonia playing a man down from a red card to Kiko in the 66th minute, Qarabag took the lead in the 88th. Jordi Gomez equalized for Omonia in the 90th minute. Diskerud saw yellow in the 75th minute.

Bryan Reynolds was on the bench for Roma’s 4-0 home shutout of Zorya Luhansk in group C. Carles Perez put Roma up in the 15th and Nicolo Zaniolo doubled the lead in the 33rd. Tammy Abraham finished off the scoring with goals in the 46th and 75th minutes.

Also in the soccer news, the International Football Association Board confirmed that they would not consider increasing halftime to 25 minutes. “Several members shared their concerns, particularly regarding the potential negative impact on player welfare and safety resulting from a longer period of inactivity,” IFAB’s statement read. “It was decided on this basis that this proposal would not be taken forward.”

The Athletic’s Joshua Kloke with Bob Bradley taking over at Toronto FC. The Independent’s Miguel Delaney looks at what Ralf Rangnick could mean for Manchester Unitedover the rest of the season. The NY Times’ Rory Smith on how France Football conducts the Ballon d’Or voting. iNews’ Daniel Storey picks a Ballon d’Or candidate. Reuters’ Simon Evans reports on the continued push for a biennial World Cup. Sky Sports’ Paul Gilmour on the potential changes to the international windows.

Saturday has the Premier League on NBCSN: Arsenal vs Newcastle at 7:30am and Norwich vs Wolverhampton at 10am. Liverpool vs Southampton is on USA at 10am. NBC has Brighton vs Leeds at 12:30pm.

La Liga on ESPN Deportes: Valencia vs Rayo Vallecano at 10:15am. Ligue 1 on beIN Sport: Lille vs Nantes at 11am. Primeira Liga on GolTV: Belenenses vs Benfica at 3:30pm.

Copa Libertadores on beIN Sport: Palmeiras vs Flamengo at 3pm. Liga MX on Univision: Club America vs UNAM Pumas at 8pm. TUDN has Atlas vs Monterrey at 10pm.

Sunday has Ligue 1 on beIN Sport: St Etienne vs PSG at 7am, Monaco vs Strasbourg at 9am, Montpellier vs Lyon at 11am, and Marseille vs Troyes at 2:45pm. Primeira Liga on GolTV: Sporting vs Tondela at 1pm.

MLS playoffs on ABC: Sporting Kansas City vs Real Salt Lake at 3pm. Philadelphia vs Nashville is on ESPN at 5:30pm. Liga MX on TUDN: Tigres vs Santos Laguna at 7pm and Leon vs Puebla at 9pm.