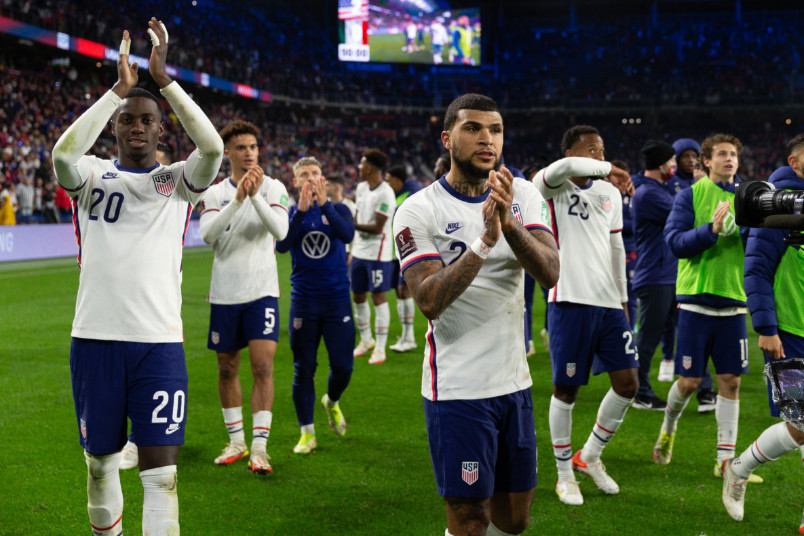 Concacaf concludes the November rounds of World Cup qualifying later tonight, with the USMNT getting an early start at Jamaica (5pm ET – Paramount+). It’s a chance for the United States to add points at the top of the Octagonal table, starting the matchday tied on points at 14 with 2nd-place Mexico but ahead on goal difference +7 to +5. Canada is a point behind in 3rd-place.

With Canada hosting Mexico in ridiculous conditions in Edmonton, 17 degrees at game time after a day of snow, the opportunity for the USA is there in Kingston. It’s worth the reminder that Canada is trying to take over as the market leader in Concacaf gamesmanship with their choice of venues.

A few hours earlier in Kingston, 6th-place Jamaica will be trying for some separation. Currently, one of three teams tied on points with six, there’s now a five-point gap between 4th and 5th in the Octagonal table. Jamaica’s home record consists of a 3-0 loss to Panama and a 0-0 draw with Canada. They play two out of three games at home in both of the remaining qualifying windows.

Controlling the situation at home hasn’t been easy for any of the teams in the Octagonal. Canada, the only remaining undefeated team, drew 1-1 at home with Honduras to open their qualifying schedule. A few days later, they drew on the road in the United States. Completing the set, Canada drew with Mexico at Estadio Azteca in October.

That’s created a different version of competitive balance with three points separating the top four. Blame it on the three-game windows and the demanding travel required in the region, but it’s turning around the conventional wisdom. Winning on the road is never out of the question this time around. There’s no home field fortresses where teams stack up points. Instead, it’s as open as Concacaf World Cup qualifying could possibly get.

For USMNT coach Gregg Berhalter, this is another chance to show how he adjusts tactics around available players. Without Miles Robinson and Weston McKennie and with Christian Pulisic’s minutes still in question, this will be yet another twist on the US roster. Jamaica is still working to unlock its offense around its own Premier League skill players. That should eventually happen, changing the scope of defending a team currently giving up plenty of possession. Whether or not that’s tonight, the US should expect to have the ball.

What we saw against Mexico was Tim Weah and Weston McKennie more than happy to hold possession and consider their options. That shouldn’t drastically change without McKennie. The US has depth in the attack, with players used to not rushing their chances.

Jamaica goalkeeper Andre Blake saw El Salvador take 18 shots on Friday, putting four on goal, with one of them leveling the score in the 90th minute. That’s the focal point for Jamaica, making sure there are no late game heroics from the opposition. It’s probably not worth the reminder that the US is a second-half team in the Octagonal.

“We conceded in the last couple of minutes of the game,” Jamaica coach Theodore Whitmore said. “It could be a number of factors which we don’t want to get into. I don’t think we managed the game properly, especially at the end. The USA game we have to get three points, and that’s where we are looking at the moment.”

SI’s Brian Straus asks if we’ll ever see a first-choice USMNT in the Octagonal. The Washington Post’s Steven Goff with Zack Steffen in goal. The Athletic’s Sam Stjeskal works throught the talking points for the USMNT at Jamaica. MLSsoccer’s Matthew Doyle highlights what worked for the United States in the win over Mexico. The NY Times’ Tariq Panja reports on the Italian investigation of the transfer market. Inside World Football’s Andrew Warshaw with FIFA’s response to the situation with the Football Kenya Federation.