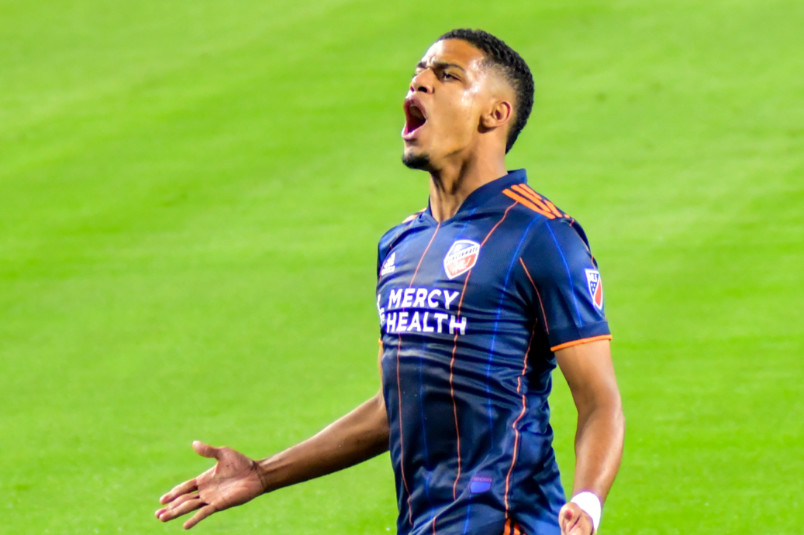 By Clemente Lisi – NEW YORK, NY (Nov 29, 2021) US Soccer Players – What one thinks of MLS depends largely on the kind of soccer watched each week. That’s especially the case when talking about the reputation of Major League Soccer outside of North America. Why that matters has a lot to do with the kind of foreign players MLS teams are able to sign and the ability by the league to nurture talent along with giving them a competitive environment.

This takes us to the all-Brazilian Copa Libertadores final this past Saturday between emerging super clubs Palmeiras and Flamengo. The match marked the second straight title for Palmeiras as well as an all-Brazilian final for the second year running. It also highlighted the newfound superiority of the Brazilian club game, above all their willingness to spend money and invest in young players, and how that can impact the MLS talent pipeline heading into the winter, a time where MLS teams rebuilt rosters.

Palmeiras and Flamengo reaching the final wasn’t a surprise based purely on economics. Statista, a company that keeps track of market and consumer data, reported this past March that Flamengo, valued at $129 million, is Brazil’s wealthiest club. Second on the list was Palmeiras, worth $112.9 million.

In addition, energy drink giant Red Bull put $8 million towards payroll into second-division Clube Atletico Bragantino, a team from outside the capital city Sao Paulo. Last year, the team changed its name to Red Bull Bragantino, earned promotion, finished runners-up in the Copa Sudamericana, South America’s equivalent to the Europa League. That was another all-Brazilian final, won by Athletico Paranaense.

Those are strong figures, although many Brazilian teams lost millions as a result of the ongoing pandemic. Like the rest of the world, that impacted how teams make money across Brazil. That resulted in loses of $200 million and debts of $2 billion, according to the sports valuations site SportsValue.

What this creates is haves and have nots in the Brazilian game. It has also changed the way teams sell or loan players and where players ultimately decide to sign. It was this past May when journalist Tim Vickery, writing for ESPN.com, noted that MLS has “now a serious force in the market for young Brazilian talent.” It’s something that wasn’t always the case despite the presence of so many South Americans across the league.

“There has always been a strong South American flavor to MLS,” he added. “In the early years it tended to be Bolivians and Colombians. In time, with the consolidation of the league, more inroads were made further south. Argentines have become a major attraction.”

Last year, the daily O Globo reported that Flamengo was interested in buying an MLS franchise. Palmeiras, meanwhile, secured the largest shirt sponsorship in South America in 2019 after inking a three-year deal with cred it union Crefisa worth $109 million. At the same time, private equity investors based in the US have expressed interest in creating a Brazilian super league, capitalizing on clubs’ dissatisfaction with the current leadership.

There were 31 Brazilians who played in MLS during the 2021 season. That group included veterans with loads of European club experience like Alexandre Pato and up-and-coming talent such as Brenner.

Fluctuations in the Brazilian soccer market have impacted MLS. In the past, Brazilian players didn’t necessarily favor a move to an MLS team and clubs would look to Europe for a stronger transfer fee. That was already changing before the pandemic altered economics. Furthermore, a move to the US is not considered a downgrade in competition. These are all factors that favor MLS and more Brazilians coming here.

What is changing is how Brazil’s top clubs build their squads. Flamengo’s current 30-player roster features six players who hailed from their youth academy. Palmerias has eight. Some of these players would have otherwise left for either Europe or MLS. Instead, the clubs can afford to keep them.

Meanwhile, MLS clubs are active in a competitive market. For example, FC Cincinnati’s signing of Brenner this year was a move in the right direction for the league. The move fit perfectly with the wider reality that MLS is a league where young talent be it American, Canadian or international can develop and flourish.

Brenner was raised in the Sao Paulo youth system and loaned to Fluminense in 2019. Signed as a Designated Player, he appeared in 33 games this season, scoring eight times. While Cincinnati once again finished at the bottom of the standings, Brenner points to a better future. After his signing, Brenner agreed that more Brazilians could someday call MLS home and that his arrival was not a one-off.

“It opens so many doors,” he said during a Zoom news conference last April. “After my transfer happened, more conversations started in Brazil about other players doing the same thing. After this, in Brazil they started to pay more attention to MLS. It’s a good opportunity, it’s great for everyone involved.”

Much will depend on how much wealthier Flamengo and Palmeiras can become, the ongoing effects of COVID-19, and overall market forces that MLS has little to no control over. What MLS can control, at least to some degree, is its image around the world and the product it puts on the field. Turning that into an advantage took a long time, but the results are clear.