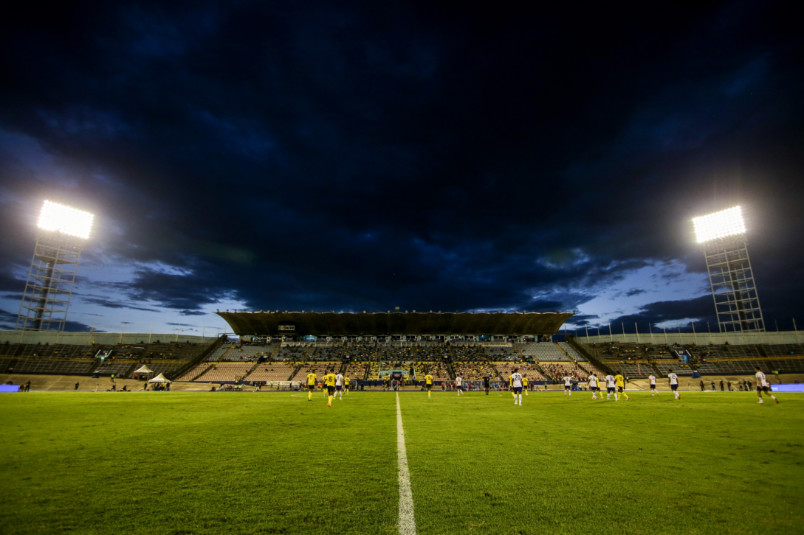 Thursday’s soccer news starts with the changes at the top of the Octagonal table after the conclusion of the November international window. Canada passed the United States and Mexico to take the top spot, beating El Tri 2-1 at home in a classic Concacaf encounter. Well, at least from Canada’s point of view. Mexico suffered two of those in the new era of the Dos a Cero and whatever Canada ends up calling a freezing night in Edmonton.

What that means for Mexico is the kind of pressure they’re probably used to after losing the Nations League and Gold Cup finals over the summer. Expected calls for substantive changes to the squad, coach Tata Martino having to address his immediate future, and the weight of unmet expectation. Anything short of Mexico taking maximum points while dominating games regularly leads to that, the polite way of saying that their current situation isn’t a surprise.

For Canada, the November window has moved them from potential disruptors in their return to the final round of World Cup qualifying into a real threat. They remain the only undefeated team, with the same missed opportunities to turn ties into wins as the rest of the contenders.

“Amazing night,” Canada’s Atiba Hutchinson said. “Atmosphere in the stadium was electric and the boys went out there and played our hearts out. We left everything on the pitch. We knew how important this match was and we wanted to go out there and make a statement,” said Atiba Hutchinson. “The work ethic that we’ve been putting in, it’s something special. I haven’t seen anything like this.”

Neither has the rest of Concacaf, with the region now adjusting to Canada as a bonified threat home and away. Though it’s a three-game window in January/February, the focus is now squarely on Canada hosting the United States on January 30. Where the Canadian Soccer Association decides to put that game determines the venues for the USA’s home games before and after. It’s a familiar Concacaf scenario, trying to play up maximum advantage from games a country controls.

For the United States, the hope for the next set of qualifiers is the same as it’s been throughout the schedule so far. Get as close to full strength as possible while expecting to have to make adjustments. Against Jamaica, the absence of Weston McKennie and Miles Robinson showed. The team didn’t have the same ability to control the game, allowing Jamaica too many opportunities to counter.

Perhaps most telling is that both teams finished with two shots on goal and five corners while the USMNT had 62% of possession. Jamaica not interested in holding onto the ball isn’t a surprise, especially since it occasionally works. The flow of their attack in the second-half saw a go-ahead goal called back, adding pressure for the United States to hold onto a point. Still, this remains a region where winning at home and getting anything on the road is normally enough to qualify.

“I think we’re on the right track, having to get the guys experience on the fly,” Berhalter said in his postgame comments. “We’re playing an Olympic-aged team and it’s really learning as we go. We’ve had really strong home performances and got five points on the road. When I look at 2021 in general, we lifted two trophies and we’re in the position we want to be in World Cup qualification.”

Moving to the soccer news, The Athletic’s Sam Stjeskal asks about how close the USMNT came to not getting a point in Jamaica. The Washington Post’s Steven Goff’s match report from Kingston. The NY Times’ Andrew Keh with a promising start that ran into an elite goal scorer. SI’s Brian Straus on what the US did to come away with a point on the road. USA Today’s Nancy Armour deals with expectations for the United States. ESPN’s Kyle Bonagura looks at a different version of Jamaica. The Premier League announced it is looking for a new chairperson. Sky Sports’ Adam Bate tells the Union Berlin story.