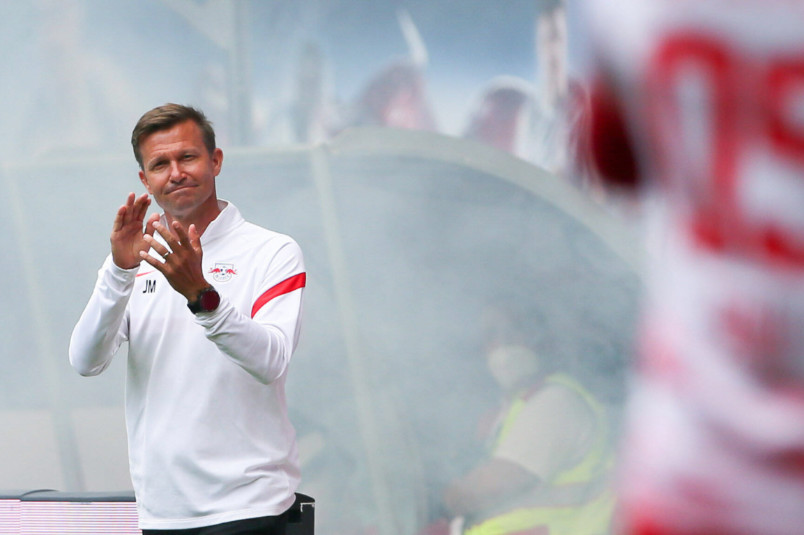 Thursday’s soccer news starts with a look at the Bundesliga table, specifically the situation for USMNT players. Since it’s always a safe assumption that Bayern Munich will be in 1st-place with Borussia Dortmund in 2nd, there are no surprises at the top of the table. Gio Reyna hasn’t been available since the September international window due to a thigh injury in a transitional season for the club.

Dortmund is as much about developing players as it is for signing stars, with Jadon Sancho leaving for Manchester United. Still, their ability to recruit players like Erlin Haaland keeps them in contention. Dortmund last finished out of the top four in 2014-15. What hasn’t happened so far this season are any draws. They’re four points behind Bayern with eight wins and three losses, the latest a 2-1 loss at RB Leipzig.

Tyler Adams’s club is in 5th-place under new coach Jesse Marsch, tied on points with 6th-place Bayer Leverkusen at 18. Leipzig has the second-highest goal difference in the league, trailing only Bayern +12 to +29. Starting the season losing three out of their opening four games and then drawing at Cologne put Leipzig on the back foot. They haven’t lost a game since September 11, and that was at home to Bayern Munich.

“The most important thing was that we continued working after conceding the equalizer,” Marsch said about beating Borussia Dortmund. We controlled the game for large parts, which wasn’t often the case against Dortmund in the past. The lads finally got their reward for their hard work. It was an incredibly important moment for us.”

Leipzig is chasing John Brooks’s Wolfsburg, moving up the table after a coaching change brought in Florian Kohfeldt. Wolfsburg’s season looked to have stalled after a four-game losing streak that started on September 25 at Hoffenheim. Kohfeldt took over on October 26, with the club winning 2-0 at Bayer Leverkusen and beating Augsburg 1-0 at home before the November international break.

Chris Richards’s Hoffenheim is 10th in the table on 14 points, tied with 11th-place Cologne. It’s been an interesting few weeks for Hoffenheim, winning and then losing since that surprise home win over Wolfsburg in September. All three wins came at home, with the losses at Stuttgart, Bayern Munich, and Bochum. While the Bayern loss is certainly explainable, the others came at teams behind Hoffenheim in the table. Hoffenheim hosts RB Leipzig on Saturday trying to keep their home win streak entact.

“By the winter break, we want to be in a position where we are still in touch with the interesting places,” Hoffenheim coach Sebastian Hoeness said. “We know that we have to score points in the six remaining games of the first half-season if we are to make that happen. Ideally starting against Leipzig on Saturday. We want to spring a surprise.”

Timmy Chandler’s Eintracht is in 14th-place with a dozen points. Depending on the perspective, that’s three points out of trailing 9th-place Gladbach on goal difference or three points above the relegation playoff spot. The story of the season so far is drawing six of their 11 games while winning two. It’s certainly worth the mention that one of those wins was at Bayern Munich on October 3.

Julian Green’s Furth is in last place with one point, highlighting the struggles for some newly promoted clubs. Even then, one draw in 11 games and a -21 goal difference is difficult territory. That their draw came in the second game of the season. That means trying to turnaround a nine-game losing streak when they host Gladbach on Saturday.

Moving to the soccer news, Transfermarkt talks to Furth and USMNT player Julian Green. ESPN’s Jeff Carlisle works through the USMNT after the November window. FourFourTwo’s Ed McCambridge interviews former Trinidad & Tobago goalkeeper Shaka Hislop. The Telegraph’s Sam Wallace on the change at the top of the Premier League’s leadership.

Ligue 1 on beIN Sport: Monaco vs Lille at 3pm ET.