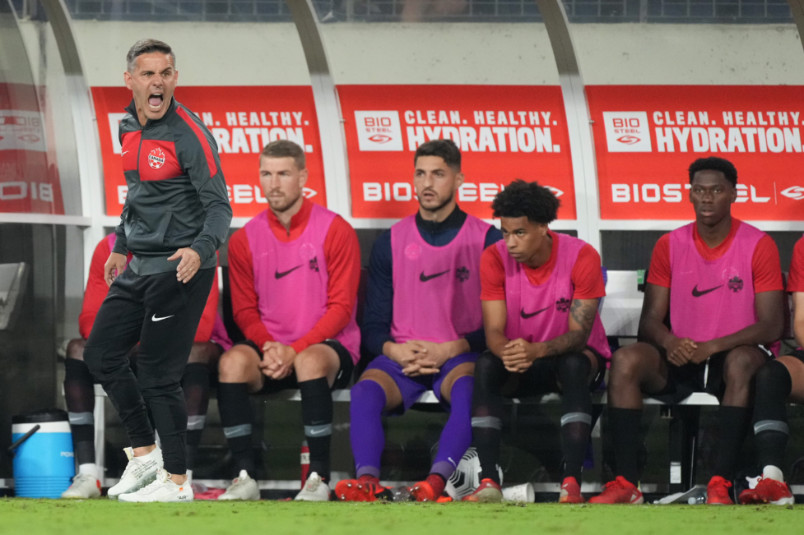 The soccer news starts with 3rd-place Canada hosting 5th-place Costa Rica on Concacaf World Cup qualifying on Friday at Edmonton’s Commonwealth Stadium. After drawing 1-1 with Honduras in their opener at BMO Field, Canada quickly established home advantage in the Octagonal. They beat El Salvador 3-0 in September and finished the October window with a 4-1 win over Panama.

Canada and Mexico are the only undefeated teams after six games. That pressure is part of the point for Canada, reemerging as a threat in the region. It’s already resetting expectations, with Canada at home now a difficult test for everybody else in Concacaf.

“These home matches present different challenges for which we will need to be ready,” Canada coach John Herdman said last week when announcing his November roster. “But as usual it is one match at a time and with a full house at Commonwealth Stadium we will be pushing for maximum points.”

Staying in Concacaf, US Soccer announced that Nike will remain its apparel partner. ““This strategic partnership is a sign of soccer’s importance in the United States and the value that both Nike and U.S. Soccer place in each other,” U.S. Soccer Federation president Cindy Parlow Cone said in a press statement. “Nike has been such a positive partner for U.S. Soccer for a long time and has played a major role in the growth of the Federation as well as putting tremendous support behind many of our players over the years. To continue this partnership on such a high level, to continue to pursue the vitally important goals we both share and to have access to resources that will boost all areas of the Federation, are things that make us feel extremely positive about the future of soccer in the United States.”

Also in the soccer news, Detroit City announced a move from NISA to the USL Championship for 2022. “It’s clear that the time is right for Detroit City F.C. to move forward by joining the USL Championship,” Detroit City CEO Sean Mann said in the USL media release annoucning the move. “This puts us on track to accomplish many of our shared objectives such as fielding a professional women’s side, enhancing our academy program, upgrading our facilities, and expanding our reach. Since 2012, our vision for Detroit City F.C. has been to become Detroit’s soccer club for all time.”

In a separate statement, NISA wrote “The National Independent Soccer Association confirms Detroit City F.C.’s request to depart the league. They are a quality organization that we wish well – if they respect the legal agreements and obligations the league and the member clubs have forged together. Announcing the jump before the season’s end, and not fulfilling its commitment to the 2022 season, brings into question sporting integrity. Also, it should be the baseline that USSF ensures that order, not chaos, exists in the U.S. system.”

World Cup qualifying on ESPN Deportes: Australia vs Saudi Arabia at 4am. TUDN has Russia vs Cyprus at 12pm and Greece vs Spain at 2:45pm. Ecuador vs Venezuela is on Fox Deportes at 4pm E.T.