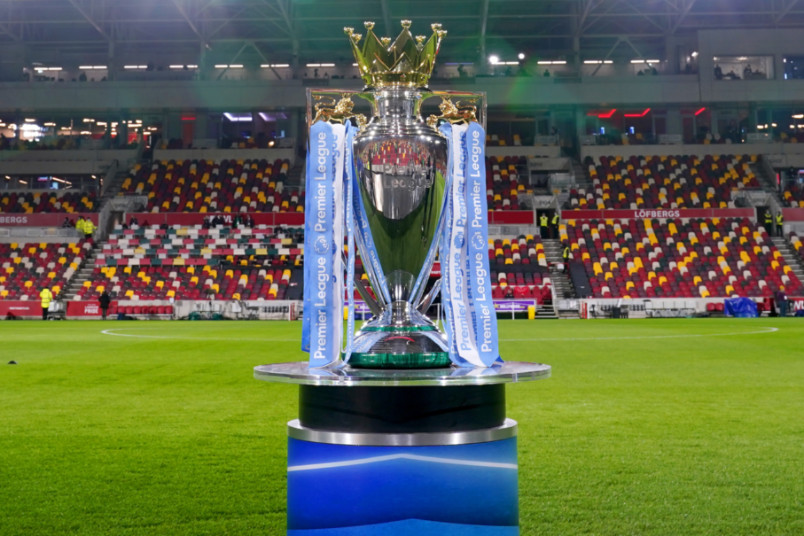 By Jason Davis – WASHINGTON, DC (Dec 29, 2021) US Soccer Players – As the calendar ticks over in Europe, leagues across the continent will enter the second half of their domestic seasons. By the arrival of the new year, we have enough evidence to know who will be making a push for a championship when the drama-filled days of April and May arrive.

The platforms for a league title are already in place. The next five months will determine which clubs will use them.

As has become the new norm, there are plenty of Americans who are in a position to play for a championship in 2022. The British Isles and the Continent have several players eligible for the USMNT filling important roles for teams with their sights on silverware. Several more are with clubs that sit near the top of the table but have significant challenges ahead if they’re going to lift a trophy.

Before we forge ahead, a caveat: Discussions of the future are subject to change with the January transfer window set to open in a few days. Americans are awash in rumors that could see some of the players below leave their current club for a new address.

It would be silly to begin any discussion of Americans playing in Europe with someone other than Christian Pulisic. Pulisic was recently named US Soccer’s Male Athlete of the Year for the third time in his young career, an achievement reflective of his success for both club and country in 2021.

Pulisic famously helped Chelsea to a Champions League title this year, scoring a crucial goal in the semifinal away leg against Real Madrid. He later became the first American to appear in a Champions League final on the way to a victory in the most prestigious club competition in the world.

Chelsea advanced to the knockout phase of this season’s Champions League and will look to defend their title. The Blues are still dreaming of a double, with the Premier League still very much in play as 2022 arrives. The congested festive period makes it difficult to pin down Chelsea’s place in the table. However, the situation in the Premier League is clear. Everybody else is chasing Manchester City.

USMNT goalkeeper Zack Steffen earned a medal for his role in City’s championship last season and remains an important depth piece for the club this season. Steffen is the American with the best shot at domestic glory in one of Europe’s big leagues as the new year arrives because his club is holding onto 1st-place.

That’s not the case for several other Americans. If they’re going to taste champagne come to the end of the season, their clubs will need to overcome difficult odds.

For Weston McKennie and Juventus to fit into this discussion, we’ll have to imagine some remarkable things happening. The Old Lady is still in the midst of a rebuilding process that had the most accomplished team in Italy scrape its way into a Champions League spot in 2020-2021. Juventus has used that spot to good effect, reaching the knockout rounds of the tournament. The league season may already be more about cracking the top four than chasing another scudetto.

Juventus sits fifth in Serie A with the league on its winter break, a dozen points behind league-leader Inter Milan. Only an unimaginable collapse by four other teams and a notable uptick in Juventus’s results could put the club in the mix for a championship. Not quite impossible, but definitely not likely.

Gio Reyna’s chances to lift a domestic league trophy don’t seem much better in Germany. The American attacker has missed the bulk of the season due to injury but is expected to be back on the field shortly. His club doesn’t have multiple teams to climb over in the standings, but the gap between Borussia Dortmund in second and Bayern Munich in first is already nine points. Historically, that’s not a lead Bayern Munich will let slip away. FC Hollywood appears headed for another title.

No other American is within shouting distance of first-place in a top-five European league at the moment. Konrad de la Fuente and Marseille sit tied for second in Ligue 1, but the gap to first place PSG is a whopping 13 points. Lille’s surprising run to the title in France last season with Tim Weah playing a role in the process was a blip. Normal programming, meaning PSG dominance, has resumed.

Looking for other Americans who have a championship in their sites requires looking beyond the biggest leagues. Austria is a perfect first choice.

Philadelphia Union product Brenden Aaronson already has an Austrian Bundesliga title with Red Bull Salzburg. 2021-22 will be Aaronson’s first full season with the club, one where they’re going to make a first appearance in the Champions League knockout round.

In the league, Salzburg holds a 14-point lead in the table entering the new year, setting it up for a run at a ninth-straight title. The road to the championship in Austria is more complicated than in most leagues, however. After 22 games, the competition shifts to a championship round for the top six teams. Points from the first 22 games get halved, and clubs play home-and-away to determine the champion. Even with that extra bit of work. Salzburg looks set to walk to a title.

There is another American making a return to injury for a title contender. Twenty-one-year-old attacker Richy Ledezma is back with PSV Eindhoven after a year-long layoff caused by an ACL injury and should play a role in the second half of the Eredivisie season.

PSV currently sits atop the Dutch league table by a single point over Ajax. The next few months figure to be a battle for the title. Ledezma’s return could boost PSV’s chances to reclaim the league trophy for the first time since 2017-18. The young American will need some time to reacquaint himself with soccer at that level, but his prodigious talent makes him an X-factor to watch.

How many Americans will lift domestic league trophies this season? A few seem destined to get that chance, while a handful more will get to play the next few months with a shot at a title. As we adjust to the new normal of Americans playing in high-profile places across Europe’s biggest competitions, the idea of so many Americans having any shot at domestic league glory is a new and wondrous thing.