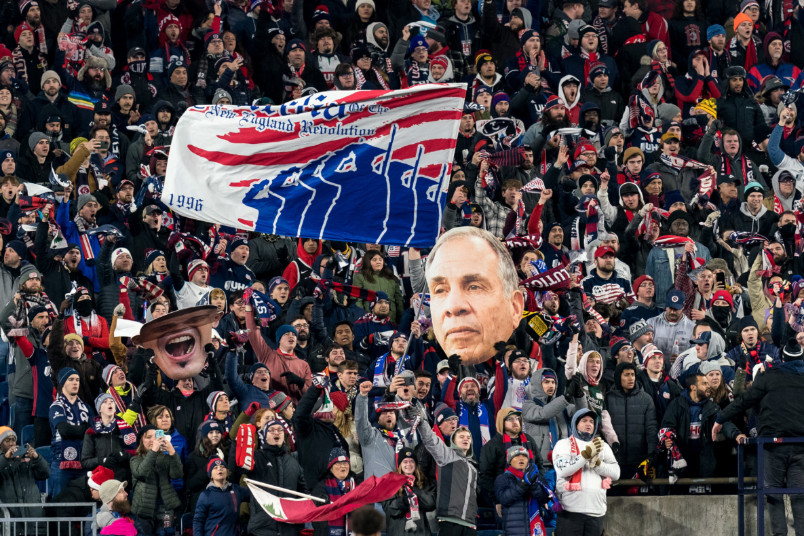 By J Hutcherson (Dec 14, 2021) US Soccer Players – One thing that the pandemic disruptions have made clear in MLS is that clubs and the league itself will not wait to make changes. 2020 counted, judged by how many teams made significant roster and technical staff decisions. 2021 was more of the same, with general managers, technical directors, and coaches moving on as teams revamped before and during the season. That lack of patience is part of professional sports. It’s no surprise in an industry when the focus is on whatever is happening right now, regardless of whether or not it satisfies any definition of normal.

While it’s turned into an interview cliche across sports, focusing on the next game rather than the previous result is the expectation. Anything else can cause a team to slide into even bigger problems. Eventually, teams run out of games one way or the other. NYCFC opens its offseason with the championship celebrations still happening. Portland does the same, trying to work out why home-field advantage wasn’t enough. They join teams at different stages of wondering what needs to change for 2022. With MLS starting the season at the end of February, waiting is already a luxury.

That push for whatever comes next depends on the same factors that have become common across the league. There’s an extra team, with Charlotte taking players from the expansion draft and other intake mechanisms. They immediately become a competitor for talent, the 28th option in a league where depth rarely fits roster budgets. Then there’s the annual push to fill every available designated player spot while getting and using targeting allocation money. While that might seem ridiculous maneuvers to clubs outside of North America, that’s the entrenched MLS model. Parity relies on cost controls, creating a playing field where it’s tough for any team to spend enough to dominate.

2021 made that message clear. It’s not just that the biggest spenders didn’t end up playing in the final. It’s that some missed the postseason entirely. There was no straight line between a club topping the MLSPA salary guide and the league standings. LAFC, the Galaxy, Inter Miami (twice), Toronto (twice), and Atlanta (twice) were all ahead of NYCFC. Portland’s highest-paid player was 21st on the salary list. While that is highly unlikely to alter spending strategies, it does once again highlight an old issue for MLS. What is the model for turning money into championships?

Right now, that’s so unclear that it probably should disrupt how some clubs choose to conduct their business going into 2022. MLS has engaged more fully with the international transfer market, but their scope isn’t the same as leagues that focus primarily on buying player contracts. There’s no league mechanism for a transfer spending spree, building the type of squad where the roster players cost considerable amounts of money. Instead, it’s that old balance between spending and results completely dependent on this league.

Figure that balance out, and the results tend to follow. Misalign it, and the outlays become questionable as a team struggles to get itself into a playoff position. There were enough versions of that in MLS this season to force clubs to reconsider their strategies then and now. Some of them aren’t merely tweaking their rosters and personnel, regardless of what their public statements read. They’re rebuilding specific to MLS where that can happen over a few months rather than a few seasons.

That’s a direct result of what we saw in 2021. Trying to figure out why their plans didn’t work as expected drives whatever new strategy they’re subbing in. A Decision Day that counted more than most teams should’ve reasonably expected might be predicting a 2022 season where separation isn’t likely to happen. With no expectation of a points cushion, designing a squad has to take into account shifting situations.

From the continued pandemic disruptions to the timing of injuries, open transfer windows, and the ability to spend, MLS is becoming increasingly complicated. That showed during the regular season and across the playoffs. The Philadelphia Union now looks back at a season ended by the pandemic in the Eastern Conference finals and seeing two members of the technical staff leave for Cincinnati. While personnel moves happen, how the Union ended up exiting the playoffs can’t recast its season. It also can’t overshadow it.

That’s what should make this offseason so difficult for so many clubs. LAFC is looking for its second head coach with an expensive roster. Toronto is in a similar situation with its roster, but it’s LAFC’s first coach now in charge. The New England Revolution set the new points record, but a Bruce Arena-coached club is not going to downplay how their season ended. Neither are the top three finishers in the Western Conference.

Normally in MLS, disruption means overachieving relative to budget. Even that can hit a wall. Colorado’s exit to a Real Salt Lake team that managed to do more with limited options tells that story, another MLS moment that should leave the rest of the league shaking their collective heads.

What the league’s clubs take from any of this may or may not determine what happens in 2022. MLS could easily revert to the obvious, where high payrolls and high expectations lead to winning. Big moment teams take over, highlighting the difference in economic realities even in a single-entity league. Somehow, that’s still a sizable risk. It might not be parity as expected, but it is a reality that can keep over-matched teams believing deep into the season and into the playoffs.