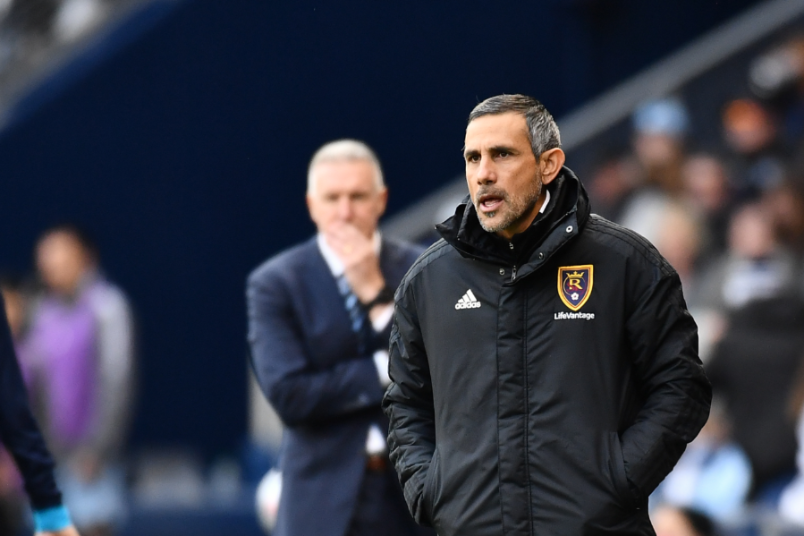 Tuesday’s soccer news starts with USMNT alum Pablo Mastroeni getting the coaching job at Real Salt Lake. Mastroeni moved from assistant to interim head coach on August 27, leading the club into the playoffs as the 7th-seed. Real Salt Lake began an unlikely run, knocking out the 2nd-seed Seattle Sounders and 3rd-seed Sporting Kansas City on the way to the Western Conference finals.

“I am excited to be joining Real Salt Lake on a permanent basis,” Mastroeni said in a press statement. “I love the direction this club is moving in and I’m looking forward to working with all the resources and opportunities we have in front of us. We will implement an electric end-to-end style of play that brings our fans into the action and further solidifies the fortress that we call home. And we will continue to be a formidable foe on the road, just as we were during the end of our 2021 season.”

Mastroeni is the second interim coach to get the job full-time coming out of the 2021 season. Vancouver removed the interim tag for Vanni Sartini after he led the Whitecaps into the playoffs. The proof of concept for both interim coaches put their clubs in an interesting position. Making any other choice would look like a move against momentum and solidarity with the squad and the fan base that only comes with success.

That’s the difficult situation with interim coaches that serve for more than a few games. The longer the interim coach remains in charge, the more it can turn into not just an audition but a mandate for the permanent job. It also creates an opportunity for the interim coach to show their value to other teams. Combine that with the market for MLS assistants as head coaching targets, and it’s a potential disruption whenever a job comes open.

What triggered Real Salt Lake’s situation wasn’t a club decision. Their head coach left to become an assistant at Seattle, replacing an assistant that became the head coach in Atlanta. That scenario may be as unlikely moving forward as it was this season, but it still needs to be on the minds of clubs as they consider their coaching options and the market for talent across Major League Soccer.

Moving to the soccer scores, DeAndre Yedlin’s Galatasaray lost 1-0 at Sivasspor in the Super Lig. Sivasspor scored in the 80th and Yedlin saw yellow in the 66th minute. Terrence Boyd’s Hallescher lost 2-1 at Wehen Wiesbaden in the 3.Liga. Michael Eberwein scored for Hallescher in the 52nd minute. Wehen Wiesbaden equalized in the 58th and converted a 64th minute penalty. Mix Diskerud’s Omonia drew 1-1 at home with AEK Laraca in Cyprus. Trailing from the 78th, Fotios Papoulis equalized for Omonia in the 79th. Diskerud saw yellow in the 82nd minute.

Bryan Reynolds is in USMNT camp, missing AS Roma’s 2-0 home shutout of Spezia in Serie A. Chris Smalling scored in the 6th and Roger Ibanez doubled the lead in the 56th. Roma finished a man down with a red card to Felix Afena-Gyan three minutes into stoppage time.

The Manchester Evening News’ Ross Jackson with what the quick redo of the Champions League draw means for Manchester United. The Ringer’s Musa Okwonga profiles what’s happening with Napoli in 4th-place in Serie A. The Washington Post’s Steven Goff tweets about the MLS Cup television ratings.

Arab Cup semifinals on FS2: Egypt vs Tunisia at 10am and FS1: Qatar vs Algeria at 2pm. KNVB Beker on GolTV: Twente vs Feyenoord at 12:45pm and PSV vs Fortuna at 3pm. Premier League on NBCSN: Arsenal vs West Ham at 3pm.