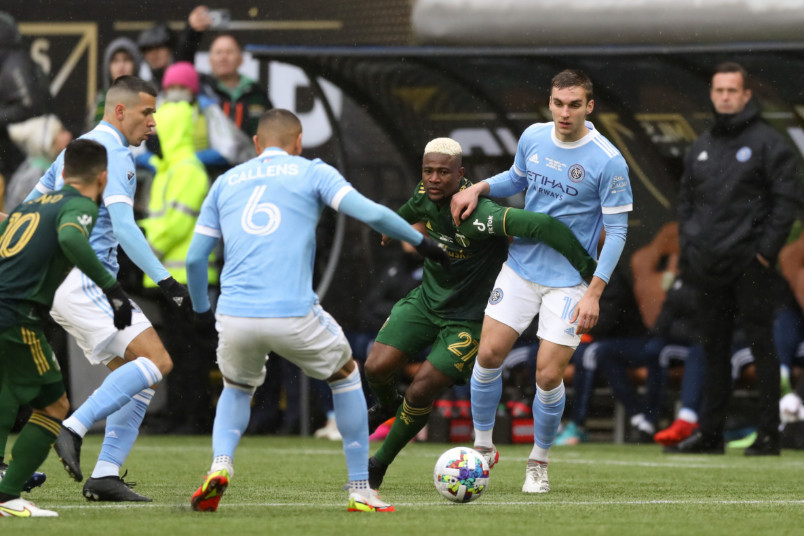 The best team won MLS Cup, of course, but how much will that finish reflect on the final Power Rankings of 2021? The playoffs, after all, are a bit random. The teams that make it to the final do not necessarily mean that those are the two strongest teams in the league. That holds even though any club in MLS would be happy to trade places with either of them. The champions deserve the top spot. Beyond that, the regular season does carry some weight, at least here.

After a remarkable run to its first-ever MLS Cup, the champions sit atop the rankings. A late equalizer did not deter the team from seeing the job through. Ultimately, Sean Johnson stood tall in the shootout and helped the team pick up its first piece of silverware. The team dispatched the New England Revolution in similar fashion, and perhaps having upset the best regular-season team of all time helped the club in the final.

New England’s season was remarkable. The Revs piled up 73 points and featured the league’s Most Valuable Player in Carles Gil with four goals and 18 assists this season. Crashing out in the conference semifinals is not the way the team expected to close out the campaign. Still, the Supporters’ Shield counts. They’ll also enter 2022 as the favorites to win the Eastern Conference once more.

Portland made a stellar run to MLS Cup, knocking out the top seed and then hosting the final and MLS Cup. While the championship game didn’t go their way, the last-minute goal by Felipe Mora is one of the most dramatic goals in league history. They can certainly carry that into next season.

Philadelphia had the toughest playoff scenario when they lost multiple players to COVID protocols. Still, they were competitive against NYCFC in the Eastern Conference final. There’s no downplaying what that should mean in 2022, with expectations high for obvious reasons.

RSL was almost an afterthought in the 2021 season before some late dramatics. A run of unlikely results means confidence and direction moving into the offseason. That includes a run of form that helped Pablo Mastroeni drop the interim title as the club’s coach. As a 7th-seed, they ended up a game away from playing for the Cup.

Sporting KC’s loss to RSL on Decision Day happened due to a botched handball call. Then Sporting lost again to RSL at home when it mattered the most. Two losses against the same team at the end of the season cannot be anything but a disappointment, especially when Sporting KC seemed to have overcome its regular-season nemesis in Seattle.

Nashville had a solid season that ended on a down note. They lost on penalties to Philadelphia after failing to convert any of their attempts. Two went wide of the goal. A loss as demoralizing as that might have long-term effects, something a good team will have to work against.

The Rapids finished with the most points in the Western Conference. That meant a Thanksgiving Day home game that turned into a major upset. It also leaves them in an interesting position. While they sneaked past the rest of the conference this season, nobody will overlook them in 2022.

The Sounders’ spectacular season came to a crashing halt much earlier than anyone anticipated. Still, losing on penalties after a scoreless draw is, in and of itself, not a disaster but rather just a night of unlucky soccer. Watching the Timbers beat out RSL for a spot in MLS Cup, though, is the working definition of a Cascadia nightmare. At least for the Sounders’ sake, the Timbers didn’t win.

The Whitecaps had a great season, considering the club’s trials and tribulations in 2021. They weren’t able to play at home until August, setting up in Salt Lake City for the first half of the season. Then there was the coaching change that turned into an unlikely playoff push. Though they exited at the first opportunity, just getting there was a statement.

Gonzalo Pineda made a difference in Atlanta’s season as he helped steer the ship in the right direction following a rocky half-season with Gabriel Heinze in charge. Pineda couldn’t help Atlanta do much more than reach the postseason, but he gives the team a great starting point for 2022.

Orlando finished the season in unspectacular fashion exiting to Nashville in the playoffs. The game actually started off promising as Daryl Dike scored first, but Orlando couldn’t respond once the hosts took charge. Orlando will undergo an offseason makeover with Nani no longer with the club.

The Red Bulls made a go of it by reaching the postseason and fighting until the very end. The Union knocked them out in extra time, understandable when it looked likely that higher seeds would advance. Then their nearest rivals subverted that narrative and lifted MLS Cup.

In some ways, Minnesota was fortunate to get into the playoffs, but they didn’t make much of that fortune. Minnesota’s playoff run was short-lived as the first team to fall to the Timbers in a conference quarterfinal. Like Orlando, Minnesota took an early lead only for Portland scored on either side of halftime. Still, overcoming an 0-4 start to eventually reach the playoffs is an accomplishment.

A handball in Kansas City reverberated all the way to Carson, costing the Galaxy a playoff spot, potentially anyway. Had Sporting gotten that call, a call that PRO said days later should have happened, RSL may not have won. Then it would’ve been the Galaxy in the postseason. Instead, it was an early start to the offseason that now includes replacing GM Dennis te Kloese who left for Feyenoord.

DC did well to get to 47 points in a season where few expected them to be competitive. That almost turned into a playoff push. Instead, going 2-4-1 over their final seven games brought an end to their season. Ola Kamara was a key piece of the puzzle for DC, scoring 16 goals in his return to the league. Kamara gives the team a strong piece to build around next season.

Like DC, the Crew just missed out on the postseason. Unlike DC, much was expected from Columbus. After all, the Crew won MLS Cup just one year ago. To miss out on the playoffs was a major disappointment in theory. Closer to reality, the Eastern Conference was tougher than expected in 2021, and the Crew was just a victim of that.

Montreal also stood on the outside looking in at the Eastern Conference playoffs. Montreal had 46 points and was a win away from advancing. Like DC, Montreal faded down the stretch, picking up just one win over its last six matches and two over its last nine games. Those points are still an accomplishment given the tumultuous few months of the season when the Canadian club was playing in Fort Lauderdale.

Losing 5-2 at Colorado on Decision Day was a tough way to miss the playoffs. What LAFC looks like in 2022 will be up to the next coach after Bob Bradley left for Toronto. The revamp will also happen without Eduard Atuesta, who left the club via transfer to Palmeiras.

The Earthquakes did not threaten much in terms of reaching the postseason, but a few late results helped the Quakes play a bit of a spoiler. San Jose’s wins over the Galaxy on August 20 and LAFC on September 25 ultimately kept points away from its California rivals. All of them missed the playoffs.

Finishing 11th this season rather than 10th meant missing the playoffs. Last season’s expanded field distorted the final table, but there’s no getting past what Inter’s finish meant this season.

The Fire did well to beat Real Salt Lake and eventual champions NYCFC in the last two months of the season to finish with a little bit of a boost. Still, the lengthy rebrand means another logo and a new coach. Ezra Hendrickson now gets the chance to turn around the Fire at Soldier Field.

Not much went right for FC Dallas in 2021, only beating Austin FC after July 31. There was also a coaching change with Luchi Gonzalez exiting and eventually becoming an assistant with the USMNT. He replaced Nico Estevez, who took the job in Dallas. What happens with their latest elite young talent, Ricardo Pepi, could tell the story of Dallas in 2022.

Austin would be a bit higher if not for those losses to FC Dallas. It was a tough expansion season, starting on the road and ending with a team in search of consistency. The defense carried them early on, and there were signs of optimism. They beat playoff-bound sides Real Salt Lake and Sporting KC down the stretch as well as the LA Galaxy.

The club reverted in its first season without coach Greg Vanney, but there is certainly hope. Bob Bradley took the coaching job following the season, raising expectations for 2022. With Bradley to guide the ship, Toronto FC could get back to competitiveness sooner rather than later.

Houston finished in last place with a meager 30 points with the club parting ways with coach Tab Ramos after the season ended. What the Dynamo rebuild now looks like under a new investor/operator and eventually a new coach is the question.

FC Cincinnati is trying again, this time with former Philadelphia Union personnel. Chris Albright joined as general manager with the club announcing Union assistant Pat Noonan as their new head coach. Noonan spent time under Jim Curtin in Philly as well as Bruce Arena with both the the LA Galaxy and USMNT. That should give the team some hope for next season.