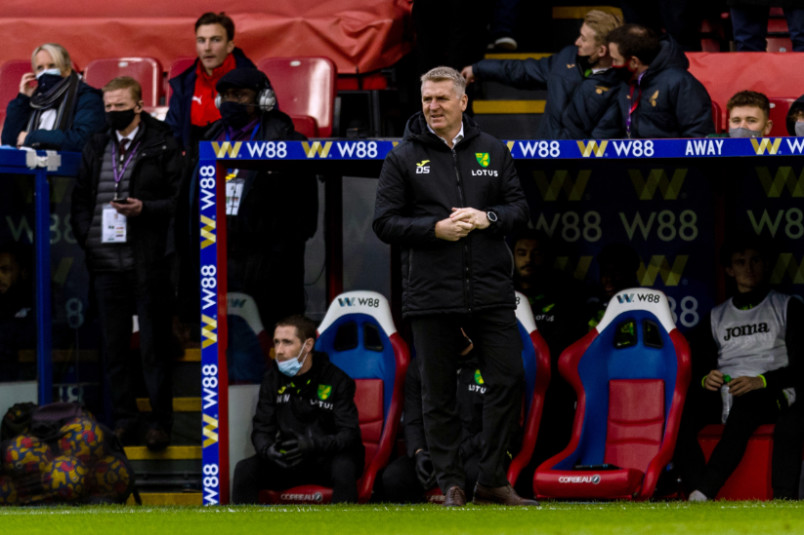 Wednesday’s soccer news starts at the bottom of the Premier League table. Josh Sargent subbed on in the 81st minute of Norwich City’s 3-0 loss at Crystal Palace. Norwich fell behind to an 8th minute penalty. Palace added goals in the 38th and 42nd minutes.

“Sometimes if you look at a scoreline as it is, it looks like a real terrible performance,” Norwich manager Dean Smith said. With the team we had out there, we competed quite well. Physically, they were better than us, they probably won the majority of the duels. That’s what it comes down to at the end of the day. The manner of the goals is what disappoints me more than anything. We’ve created more chances here today than we have in a lot of the other games we have played.”

Norwich won promotion as the Championship winners, predicting more than we’ve seen so far. Last place in the Premier League with 10 points, they trail 19th-place Newcastle by a point with both teams on 19 games played. It’s a pandemic postponement situation from there. Until the schedule balances, Norwich won’t fully know the extent of their relegation fight.

Starting the season with six consecutive losses and a 10-game winless streak, Norwich seemed to be turning things around in November. Going into the month with two points, they beat Brentford away, making a coaching change following that game. Dean Smith replaced Daniel Farke as manager following that game. Norwich responded by winning again, beating Southampton at home. They closed out the month drawing with Wolverhampton at home and Newcastle on the road. They’ve since lost five consecutive games.

Teemu Pukki has scored five of Norwich’s eight league goals this season, but was unavailable against Crystal Palace. He is once again trying to be the difference-maker after scoring 26 goals in 41 games last season. Norwich’s promotion season saw them put together a +39 goal difference. After 19 games in the Premier League, their goal difference stands at -34.

All of that may point to the obvious, but getting back into contention for another season in the topflight is not an insurmountable problem. This isn’t Furth in the Bundesliga, adrift by 11 points with no evidence of the kind of consistency needed to bridge that gap. Maybe it’s the latest example of the Premier League’s new version of parity, but it’s tough to take any situation as static.

Norwich plays at Leicester City on New Year’s Day, with Leicester coming off of a 1-0 home win over 2nd-place Liverpool. After an FA Cup week, they host Everton before closing out the month at Watford. As the table currently stands, that’s games against the 9th, 15th, and 17th-place teams. Leicester upsetting Liverpool is the latest indication of not taking much of anything as a given this season. For Norwich City, that’s the situation they have no choice but to embrace.

Football365’s Ian King comes to a different conclusion about Norwich City. DW on the 2022 calendar. The Guardian’s Ewan Murray asks why Scotland has an attendance cap and England doesn’t.

In Wednesday’s Premier League games, Christian Pulisic’s Chelsea drew 1-1 at home with Brighton. Romelu Lukaku scored for Chelsea in the 28th and Brighton equalized a minute into stoppage time. Zack Steffen was on the bench for Manchester City’s 1-0 win at Brentford. Phil Foden scored in the 16th minute.

Primeira Liga on GolTV: Arouca vs Braga at 2pm and Porto vs Benfica at 4pm. Premier League on NBCSN: Manchester United vs Burnley at 3:15pm ET.

Saturday has the Premier League on USA: Arsenal vs Manchester City at 7:30am, Watford vs Spurs at 10am, and Crystal Palace vs West Ham at 12:30pm.

Sunday has the Premier League on USA: Everton vs Brighton at 9am and Chelsea vs Liverpool at 11:30am. Coupe de France on beIN Sport: Brest vs Bordeaux at 7:45am, Montpellier vs Strasbourg at 10am, Quevilly Rouen vs Monaco at 12:30pm, and Chauvigny vs Marseille at 3pm.

Monday has the Premier League on USA: Manchester United vs Wolverhampton at 12:30pm. Coupe de France on beIN Sport: Vannes vs PSG at 3pm. All Times Eastern