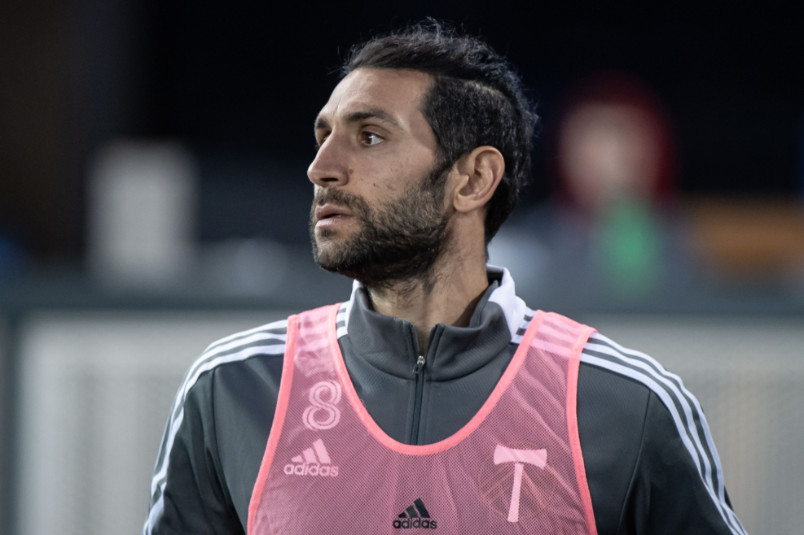 By Jason Davis – WASHINGTON, DC (Dec 1, 2021) US Soccer Players – The human mind is programmed to look for patterns. We see them everywhere, in nature, in numbers, in our daily lives. Sometimes the patterns are real and meaningful and can tell us something about the future. Other times, they’re merely a product of chance and provide no insight at all.

Then there’s the matter of sample size. If something happens once, it has little statistical weight. If it happens twice, it might be a trend, but more data is needed. It’s only when an event occurs repeatedly, following the same pattern on multiple occasions, that the results have meaning.

Portland is hoping that their playoff pattern is more than just happenstance. Giovanni Savarese’s club will host Real Salt Lake in the Western Conference final on Saturday following an opening-round win against Minnesota United in Portland and a Thanksgiving Day upset victory over top-seeded Colorado. That puts Portland a win away from a third MLS Cup final appearance since 2015.

For the Timbers, that’s the pattern, at least so far. Every three years, they reach a final. Portland won the 2015 MLS Cup against Columbus at Crew Stadium, then lost to Atlanta United in Atlanta in 2018. If the pattern holds, 2021 could be another good year for soccer in Oregon.

Better yet, if we believe that within that every-three-years pattern when the Timbers reach the final that it’s one championship, one runner-up finish, then 2021 could be a very good year for soccer in Oregon. Following the loss to the Crew in 2018, the club would be due for a championship.

It’s a big leap to believe that either of those patterns has any bearing on how Portland will do this season, of course. If the Timbers are going to be champions for the second time in their MLS history, then it will require two more hard-fought victories against clubs anxious to take the trophy home themselves.

Although it’s not nearly the advantage it’s cracked up to be if this playoff season is any judge, the Timbers will get to host the Western Conference final thanks to Real Salt Lake’s Cinderella run to the final four. The Timbers finished a step back from the group of three at the top of the conference. They entered these playoffs with no expectation that they’d be playing for a berth in the MLS Cup final in front of their fans.

To get past the suddenly red-hot Salt Lake side, Portland will need to overcome a set of attacking absences. The club’s key creator, Argentine Sebastian Blanco, pulled up injured in the conference semifinal win over Colorado. To say that Blanco’s presence makes the Timbers more dangerous is a vast understatement. Blanco is the one player in the Timbers lineup that other teams have to account for whenever he’s on the field.

He finished third on the team in goals despite missing a considerable amount of time due to injury. The Timbers felt like a club waiting for Blanco’s return to be complete but got strong seasons from Felipe Mora and Dairon Asprilla to help compensate.

Blanco’s heroics against Minnesota in the first round of the playoffs set the stage for the win in Commerce City. Against the Loons, Blanco scored twice in that home victory, with the first of his goals proving to be the game-winner.

The Timbers showed they could win pretty, through the quality of Blanco, and ugly, via a grind of the match against the Rapids. Portland did take the game to the Rapids in the second-half despite the absence of Blanco but still needed a scrappy goal at the death to prevail. The playoffs rarely show the best any team has to offer. Portland seems to have internalized that reality.

Savarese is not known for being a zealot for any particular style of play. The Timbers do what they need to do to win. With attacking weapons and a willingness to throw numbers forward, the club is among the better goal scoring teams in MLS in 2021 but struggled to keep the ball out of the net.

The Timbers conceded only four fewer goals than they scored over the regular season. A deeper look at Portland’s performance via advanced statistics indicates that those numbers flatter them. Their expected goals difference, the good chances Portland created minus the good chances Portland conceded, was negative for the season. There’s an air of “they shouldn’t even be here” for a club largely defined by that very trick. It’s probably only fair to note that Portland played the second half of the season without midfielder Erik Williamson.

Savarese’s team tends to concede possession even at home to enable the transition attacking game he prefers. That same approach pushed the Timbers to the 2018 MLS Cup final as the 5th-seed from the Western Conference. The Timbers didn’t have the personnel to match up with the top regular-season teams in the West, but they did have a devastating counterattack and the game-changing ability of a pair of players in Blanco and Diego Valeri.

Valeri was the league’s reigning MVP in 2018, but Blanco began his takeover as the club’s central attacking figure that year. Blanco tied Valeri for the team lead with ten goals. He helped lift the Timbers to the final with three goals in the playoffs, including a stunning long-range effort against Kansas City in the conference final). Valeri was still Portland’s hero with Blanco’s day arriving.

With Blanco out for the Western Conference final, Valeri may be asked to step into his old role. He turned 35 this season and collected just over 1,200 minutes in 29 appearances. The two goals he scored were the fewest since an injury-plagued 2015 season. The ten games he started were his fewest in a season since arriving in Portland.

If Valeri has anything left to give, now is the time. Savarese has other options, but the double-whammy of Blanco and Asprilla missing out means that the veteran’s name moves up the list of likely starters.

After NYCFC’s upset of New England on Tuesday, the Timbers now have an extra bit of motivation heading into Saturday’s conference final. If the Timbers beat RSL and move on to the championship match, they’ll host the Eastern Conference champion at Providence Park.

That wouldn’t follow the pattern, exactly. Instead, Portland’s third final appearance in six seasons would be the first in its home venue. A small difference that the Timbers would relish.

Portland’s run to the final every three years, something that has happened exactly once, isn’t about patterns holding. It’s a quirk, more a feature of the Timbers’ ability to keep themselves competitive and reach the playoffs with match-winners in their side than of anything else. On Saturday, the Timbers play to keep that quirk alive without their key player. If they succeed, they will have earned it.