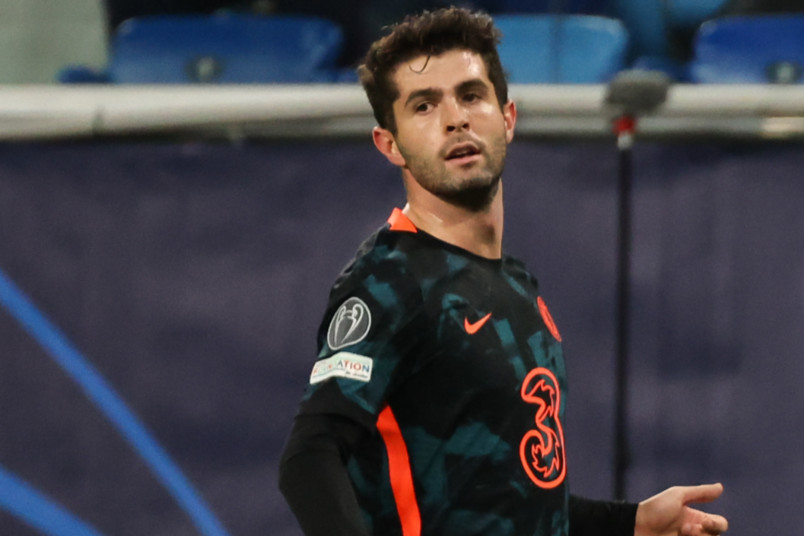 Thursday’s soccer news starts with the conclusion of the 2021-22 Champions League group stage. Christian Pulisic subbed on in the 65th minute of Chelsea’s 3-3 draw at Zenit St Petersburg. Tmo Werner scored in the 2nd minute for Chelsea. Zenit responded with goals in the 38th and 41st. Chelsea got a 62nd minute equalizer from Romelu Lukaku in the 62nd and Pulisic assisted on Werner’s goal in the 85th. Zenit equalized four minutes in stoppage time. Chelsea finished 2nd to Juventus in group H.

Weston McKennie wasn’t in the squad for Juventus’s 1-0 home win over Malmo to win group A by two points over Chelsea. Moise Kean scored in the 18th minute. Romain Gall wasn’t in the squad for Malmo. Brenden Aaronson’s Red Bull Salzburg finished 2nd in group G, beating Sevilla 1-0 at home on a 50th minute Noah Okafor goal. Red Bull played a man up from the 64th minute.

“I am feeling pure joy,” Red Bull Salzburg coach Matthias Jaissle said. “It’s very emotional right now. I am so happy for the guys that they rewarded themselves for this group stage.”

Timothy Weah wasn’t in the squad for Lille’s 3-1 win at Wolfsburg. Lille won group G with Wolfsburg finishing 4th. Burak Yilmaz put Lille up in the 11th. Jonathan David doubled the lead in the 72nd and Angel Gomes scored in the 78th. Wolfsburg’s Renato Steffen pulled a goal back in the 89th minute. John Brooks was on the bench for Wolfsburg.

Arab Cup quarterfinals on FS2: Tunisia vs Oman at 10am and FS1: Qatar vs UAE at 2pm. Premier League on NBCSN: Brentford vs Watford at 3pm. Ligue 1 on beIN Sport: Lens vs Nantes at 3pm ET.