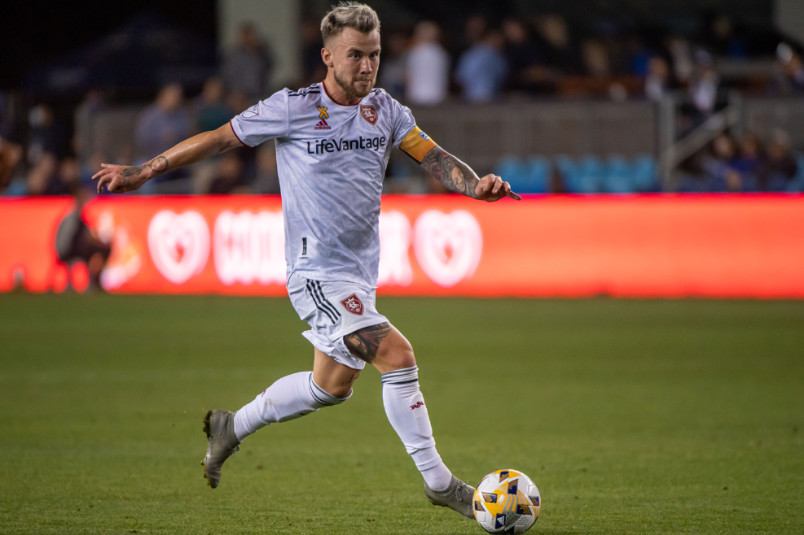 By Jason Davis – WASHINGTON, DC (Dec 17, 2021) US Soccer Players – When the founders of Major League Soccer built a new model for an outdoor men’s professional competition in the United States, they took great pains to control everything about their labor market. Under the original MLS model, rules prevented clubs from competing to sign players already in the league.

MLS made this work by organizing itself as a single company operating in multiple locations rather than as a collective of companies partnered to facilitate games. When a court upheld that business model in Fraser v. MLS, it validated an approach built to control costs. If the players were going to win free agency, it would come another way.

It took 20 years and several collective bargaining agreements, but free agency finally came to the league in 2015. Major League Soccer’s version of the player movement mechanism placed severe restrictions on who could change clubs and how much they could make when they did.

That first class of MLS free agents had just 27 players. A requirement that players be at least 28 years of age and have at least eight years of MLS service meant that only a small subset of players who were out of contract or had their options declined could sign with another club. The days of MLS clubs holding a player’s right in perpetuity were over, but it wasn’t exactly a sea change.

Instead, the MLS Players Association was now in a position to negotiate lower age and service requirements. The collective bargaining agreement signed ahead of the 2020 season dropped those requirements to 24 years of age and five years of MLS experience, drastically increasing the pool in the process. From 27 in 2015, the number of players eligible for free agency has risen to 127 for this year’s class.

According to the MLSPA, that represents a 149% increase over the free-agent list between the 2019 and 2020 seasons. Everything is relative, and players are still limited in the pay raises they can earn in the league’s market. That said, this was and is a big advance from the labor side of the equation.

Past classes of free agents largely featured older players. Free agency allowed them a chance to negotiate slightly better deals or simply change clubs if their time with one was up. It didn’t create the type of hot stove frenzy that has come to mark the offseason in so many American sports.

That’s partly due to the uniquely global market in soccer. Players can conceivably move out of the country to improve their earning power. The rules MLS has in place to prevent unfettered bidding wars for players among its club ranks don’t prevent a player from leaving for a better offer somewhere else. That fact pairs with the rule on pay increases if a player moves clubs within MLS to impact year’s free agency market. Players are encouraged to sign new contracts before they ever hit the free-agent market.

With the free agency signing period opening on Wednesday, some intriguing and perhaps surprising names are on the list. Still, the number of splashy headlines that result from free agency figures to be small. Most notable are two of the stars on display at the MLS Cup final in Portland: Maxi Moralez and Sebastian Blanco.

NYCFC’s playmaker Moralez assisted on his club’s lone goal in the game and fired home his penalty kick in the shootout. Over five seasons, Moralez has consistently been among the league’s best creators. His legacy with NYCFC was already secure, even before he helped push his team to a title.

It seems strange that he might leave NYCFC, or stranger yet, that he could leave for another MLS club. He certainly has options in his native Argentina and throughout South America. No one in MLS could pay Moralez more than NYCFC. Blanco is in the same situation with Portland: No one in the league can pay him more than the Timbers under the free agency rules.

Blanco is also well past 30 and fits more with the first model of free agency than with the new one. Regardless, Blanco proved he has plenty of magic left in his legs in 2021 and could cement his status as a modern Timbers legend alongside Diego Valeri if he sticks around in the Rose City.

The highest-profile player on the free agent list who wouldn’t have qualified under the old thresholds is Real Salt Lake attacker Albert Rusnak. At 27, Rusnak is in his prime. His five years in Utah have been productive, scoring 41 goals and collecting 39 assists. Rusnak is good enough to return to Europe and find a strong club in a strong league, especially with attention on MLS at an all-time high. Because he’s out of contract, Rusnak doesn’t have to worry about the transfer windows.

More MLS players than ever before have the option to change clubs when their contract is up or when a club declines their option. Some will move with little fanfare, and perhaps a notable player or two will jump clubs in a shocking turn. Whatever happens, it represents progress while always serving as a reminder that there’s more to come.