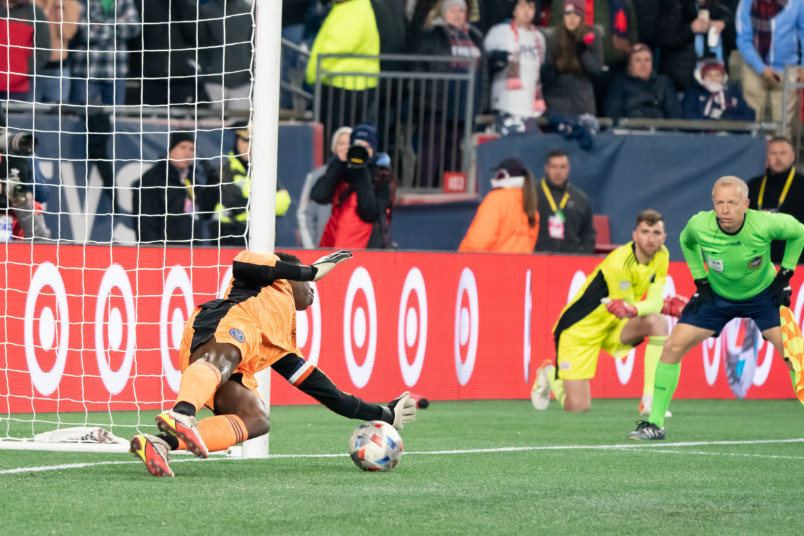 By Jason Davis – WASHINGTON, DC (Dec 3, 2021) US Soccer Players – No matter what happens this weekend, there will be a first-time finalist playing for the MLS Cup this season. The Western Conference final pits two former champions and two-time MLS Cup finalists against one another in a match rich with narratives at Providence Park on Saturday. The Timbers will be playing for the right to host the biggest game of the MLS season when they face an upstart Real Salt Lake team that last made a championship game in 2013.

Real Salt Lake is also playing for a chance to go to the final under the direction of an interim head coach amid a protracted sale process for the club. Although neither club is a perennial contender for trophies in the modern era, they each have championship history. The bigger this league gets, the more that matters.

In the Eastern Conference, neither of the finalists has an MLS Cup in its trophy case. Neither club has been to a final. In fact, neither team has even been to a conference final. Sunday’s game in Chester is uncharted territory for both the Philadelphia Union and NYCFC.

The two clubs are a study in contrasts as they push to level up in Major League Soccer. NYCFC has threatened to make the leap into the top group of MLS contenders for a few seasons. Philadelphia’s rise is more recent and built on a model unique in MLS circles.

With the current construction of its roster, it’s easy to forget that NYCFC was initially a big-spending, star-studded franchise chasing MLS glory on the back of veteran European stars. Often one of the league’s best teams in the regular season, NYCFC struggled to navigate the postseason, never progressing past the conference semifinal stage.

That’s led to changes in approach, addressing what it takes to really succeed in a playoff league. That included development, with James Sands moving through the NYCFC system and becoming a key part of this year’s team. Then there’s the home field situation. At times sharing Red Bull Arena this season due to the Major League Baseball schedule, Yankee Stadium is for a different sport. While no one should downplay the reality of what it’s like trying to build a soccer stadium in New York City, it’s an ongoing issue for the club.

Winning a championship would certainly make NYCFC an elite team, stadium or not. It might even help with that. Everybody likes a winner, especially in New York City.

Meanwhile, the Philadelphia Union rebuilt itself around its academy. Under current US Soccer sporting director Earnie Stewart, the Union developed its residential academy system into a direct contributor of first team players. That meant bringing in academy players that could make an impact at the highest level. All of a sudden, spending heavily on designated players didn’t need to be the model.

Combined with a spate of smart recruiting that followed the hire of Ernst Tanner to replace Stewart in 2018, the Union turned itself into a model of efficiency. Academy products burst onto the scene while Philadelphia native Jim Curtin evolved into one of the league’s savviest coaches.

That created hope in Chester. The Union went from sixth in 2018 to third in 2019 and won its first playoff game that season. Instead of a stone skipping across the seasons, rarely touching down to make a cursory showing in the playoffs, the Union moved into the perennially relevant category of clubs.

2020 only reinforced that status when Philadelphia earned its first major trophy. Though the Union claimed the Supporters’ Shield in a truncated, pandemic-affected campaign, the triumph served to put the rest of the league on notice. Philadelphia was the real deal.

The difficulty with that sort of statement is that you have to back it up. If the Union regressed in 2021, particularly after turning the fruits of the academy into a transfer windfall, that would be the story. Instead, they’re advancing through the playoffs.

Making the conference final probably puts the Union beyond that danger for now. Making an MLS Cup final would further establish it as the model for clubs around the league. The spirit of hope around the present and future of the Union might even help it get more attention in the incredibly difficult Philadelphia sports market.

The Eastern Conference final is an opportunity to play for an MLS Cup. That’s the simple way of looking at it. For these two teams, it’s also about proving that a change in direction works. Regardless of who advances, that’s going to get a lot of notice across this league.