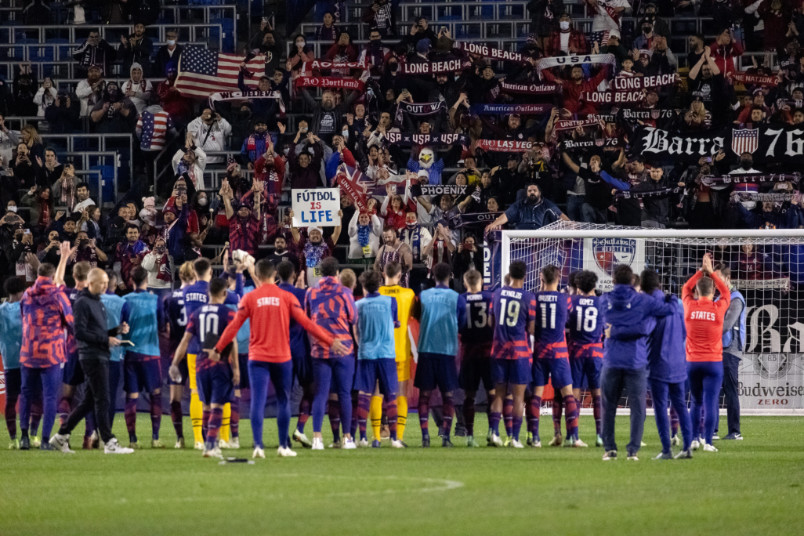 It’s easy to decide that a game doesn’t matter, or at least not as much. The USMNT scheduled an out of window friendly with Bosnia and Herzegovina, with both countries limited when it came to player availability. Both countries knew that going in, needing to figure out what they could get from a December camp.

For the USMNT, that was clear as soon as coach Gregg Berhalter announced his roster. The USMNT technical staff wanted what is normally the January camp scenario, mixing emerging players with a few veterans. The upside for the program was an opportunity to test tactics with a different group while offering experience for those new faces. While it might not be a direct line from a first cap in December to playing in games that count in 2022, it’s also not out of the question.

Berhalter’s setup stresses opportunity. The fall schedule of qualifiers provided plenty of it, showing how quickly a player can emerge. That sent a clear message to players looking to take that next step with the USMNT. When an opportunity is there, it should be clear that it’s more than just keeping in shape over a long MLS offseason.

With that in mind, what this version of the USMNT showed against Bosnia and Herzegovina ended up being important. While some might argue that going a man up in a friendly changes the scope, that happens in games that count. Playing with an extra man only becomes an advantage when the full-strength team scores. That happened in the 89th minute when Cole Bassett scored the game’s only goal. Bassett had been on the field for 11 minutes, successfully playing through a specific scenario. Sub on late and change the game.

Bassett checked the “first cap, first goal” box in a game he made count for him. Several of his teammates did as well, showing that they could make adjustments in a game where Bosnia and Herzegovina was already in a defensive set up before the 40th minute red card to Amar Begic. Again, that’s not only important it’s also the kind of scenario that requires an opponent.

Yes, both teams finished with three shots on goal even though the USMNT held 74% of possession and took considerably more passes. That’s the polite way of saying 728 to 260. Again, this speaks to one team pushing the offense and trying to break down an opponent waiting for a few counterattacking opportunities. Other versions of the USMNT have found themselves in similar situations with mixed results. This version got the goal, putting an exclamation mark on this camp.

CNBC’s Jabari Young works through MLS television ratings. The NY Post’s Rich Calder reports on potential support for an NYCFC stadium from the city’s mayor-elect. Reuters on the issues with the Cup of Nations.