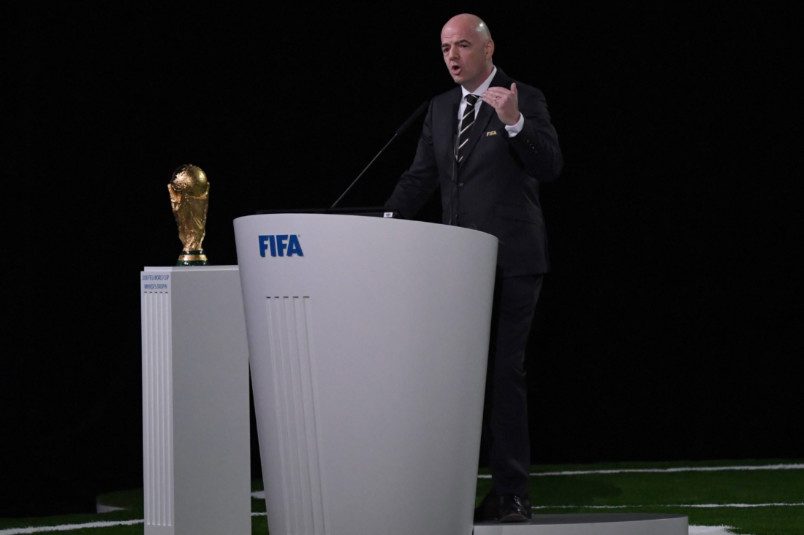 By J Hutcherson (Dec 7, 2021) US Soccer Players – In theory, it’s not that difficult to see FIFA’s plan for the biennial World Cup as the obvious answer to an equally obvious set of issues. Holding the World Cup every four years uses the same logic as the Olympics with the same problem. Four years is a long time, especially in the short working lives of elite athletes. The calendar will adjust. All of a sudden, there’s twice as much of the game on its biggest stage.

Closer to the reality we occupy, it’s clear that enough of the stakeholders in world soccer are taking issue with FIFA’s biennial World Cup plan to suggest a trend. Pick a major league in Europe or the one in North America, and it’s likely that there’s been a public statement questioning why it’s a good idea to hold the World Cup every other year.

While this may strike some as a version of the club vs country debate that occasionally becomes open antagonism, the leagues have a point shared by the clubs, some countries, and Europe’s confederation. “We can decide not to play in it,” UEFA president Aleksander Ceferin said in September. “As far as I know the South Americans are on the same page, so good luck with a World Cup like that.”

FIFA’s response hasn’t been a wholesale withdrawal of the plan while focusing on reasonable changes to the international calendar. While a vote on the biennial World Cup won’t happen later this month, the concept is still in play and set for discussion at FIFA’s Global Summit on December 20. Earlier this week, FIFA president Gianni Infantino talked about the 2026 expansion and the prospect of holding the competition every other year as a way to break the hegemony of Europe and South America.

“It’s not really the ‘World’ Cup,” he told ESPN. It’s a cup of the best teams, which historically have been the best teams in Europe and South America. The opportunity for others to participate is very low. Of course, increasing the number of teams may change that a little bit, but still, when you have to wait four years, it’s a very long time.”

As opposed to the biennial World Cup plan FIFA floated in the late 1990s, this one isn’t as much of a top-down reconstruction of professional soccer. No one in FIFA’s current administration is asking open questions about the size of domestic leagues, much less trying to get them down to 16-teams. The better to free up space on the schedule.

Instead, the current version of FIFA planning “solves” the international window problem by only holding one. That October is for internationals part of the plan is also not getting a lot of support from the game’s more lucrative operators. The start/stop complaints already regularly voiced over what the fall international windows do to league soccer is already an argument. Putting over a month of internationals a few weeks into the league season makes permanent what the 2022 World Cup will do to club soccer next November.

That’s a working answer for how much disruption of its schedule leagues and clubs will allow. It’s a lot, more than most would expect considering the long-held differences between the two versions of the game. What’s good for clubs may or may not be good for countries, and vice-versa. It’s something that’s fueled the broader conversation around the sport for decades.

Part of that is basic preeminence. With all due respect to the Club World Cup, FIFA primarily operates the country game. It’s the separate Confederations that normally do both, running tournaments for both clubs and countries. Nobody does better with that than UEFA, with the Euro Championship slotting in behind the World Cup as the game’s most lucrative and nothing coming close to the Champions League.

FIFA trying to reposition the Club World Cup into more than a winter tournament involving a few clubs spoke to that. So does the push for a biennial World Cup. It’s positioning at a global scale in an era where all involved are well aware of the multiple revenue streams these tournaments represent.

It’s always easy to take FIFA’s “for the good of the game” tagline and turn it around on them. Meanwhile, in real terms, staging the game’s most lucrative tournament as often as the market will bear probably is good for the game, at least a version of it. That exposure and money could very well raise the level of soccer where the game currently struggles. It could push the profile of soccer even higher in areas of the world where other sports offer direct and sometimes overwhelming competition.

What it can’t do is exist in harmony with the game as it is. For a biennial World Cup to work, soccer as a whole has to adjust around it. That’s the level of FIFA’s ask, and a big part of the reason why it’s so hard to build consensus from groups already pushing ahead with their versions of soccer’s immediate future.