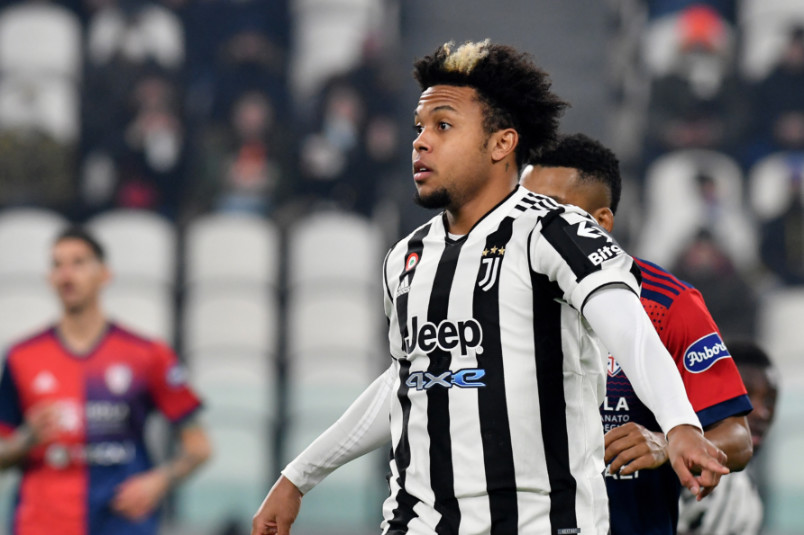 Wednesday’s soccer news starts in Serie A. Weston McKennie subbed on at halftime for Juventus in their 2-0 home shutout of Cagliari. Moises Kean scored in the 40th and Deferico Bernardeschi doubled the lead in the 83rd minute. Juventus is in 5th-place in Serie A with 34 points from 19 games played. Inter Milan leads the league with 43 points from 18 games.

“I asked the players to take plenty of long-range shots tonight,” Juventus coach Max Allegri said. “Bernardeschi did so with real venom and got his goal. We went on a good run after the first three games. We know January will be an intense month. I’d be happy to reach the end of February with this gap to the top four, as that’ll mean we’ve got through the clashes with direct rivals and we’ll then have a more favorable schedule ahead of us. We’ll keep working hard.”

Lynden Gooch subbed out in the 78th minute of Sunderland’s 5-1 loss at Arsenal in the League Cup quarterfinals. Trailing 2-0 from goals in the 17th and 27th, Sunderland’s Nathan Broadhead scored in the 31st minute. Arsenal added goals in the 49th, 58th, and stoppage time. Gooch saw yellow in the 20th.

“I think we’ve done ourselves proud,” Gooch said. “Obviously, we’re disappointed with the goals, but they’re a top-level team one of the best in the Premier League. So we need to be proud of what we’ve achieved to get this far in the competition and I’m just glad we scored a goal so the fans could celebrate.”

Matt Miazga wasn’t in the squad for Alaves’ 5-2 loss at Villarreal. Down from goals in the 18th and 27th minutes, Pere Pons scored for Alaves in the 44th and Joselu equalized in the 65th. Villarreal scored in the 76th, 79th, and 88th minutes. Sergino Dest was out for Barcelona’s 1-1 draw at Sevilla. Falling behind in the 32nd minute, Ronald Araujo equalized for Barca in the 45th. Sevilla saw red in the 64th minute. Barcelona is 7th in La Liga with 28 points from 18 games.

Saturday has the Super Lig on beIN Sport: Galatasaray vs Antalyaspor at 8am and Trabzonspor vs Basaksehir at 11am.

Sunday has the Premier League on NBCSN: Liverpool vs Leeds at 7:30am, Burnley vs Everton at 10am, and Brighton vs Brentford at 3pm. Wolverhampton vs Watford is on USA at 7:30am and NBC has Aston Villa vs Chelsea at 12:30pm. Super Lig on beIN Sport: Fenerbahce vs Yeni Malatyaspor at 11am.

Monday has the Super Lig on beIN Sport: Konyaspor vs Besiktas at 12pm. Premier League on USA: Newcastle vs Manchester United at 3pm. All Times Eastern