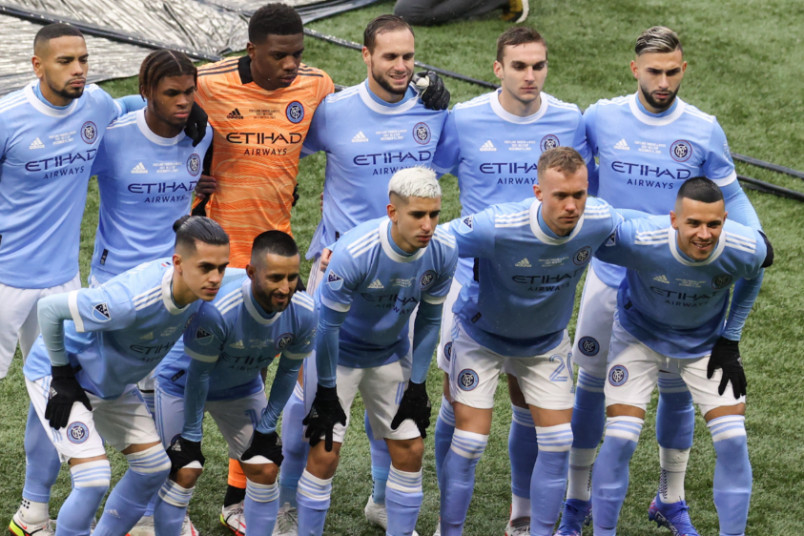 By J Hutcherson (Jan 11, 2022) US Soccer Players – Roster building in Major League Soccer is still a somewhat loose concept, working within the constraints of MLS budget rules but open to workarounds. Without a template, it becomes difficult to figure out what should work. For instance, Premier League clubs build rosters around total transfer spend. The more a club spends, the more likely it is to find them in the top four.

There’s no version of that in Major League Soccer. The top four according to payroll are the Galaxy, Toronto, Atlanta, and Inter Miami. Three out of those four missed the playoffs entirely, and Atlanta exited in the opening round to the eventual champions. NYCFC was 5th in that list, finishing 8th in the overall regular season table. In other words, spending in MLS isn’t straightforward.

Compounding that are the playoffs as the ultimate determiner of the best team in the league. A lot gets written near the end of every season about a playoff league and the best team over the course of the season. The chances the two end up the same isn’t what normally happens in MLS. New England took the single-season points title from the 2019 version of LAFC, and both failed to get to MLS Cup.

What replaces that in the MLS group think is building a winning program. That’s the situation with Seattle up until this season. Columbus was once in that category along with Toronto. We already know how quickly that can shift. All three of those teams are trying to figure out how to get back to their former status.

It’s tricky in the Western Conference. Colorado disrupted the top of the table with a surprise 1st-place finish, and Real Salt Lake did their part by knocking out Seattle and Sporting Kansas City after barely making the playoffs. The message sent was one of confusion, especially from the Rapids, the last-place team in the salary spending table.

Other front offices have no choice but to consider what Colorado and Real Salt Lake did last season. Were both one-offs, built in another summer of pandemic disruption and going on successful runs late in the season? Is there anything to model on another low-payroll team overachieving in MLS? Should there be? After all, this is a league built on constraining salaries. That clubs embracing that model still find success is disruptive to the freer spending organizations, but that’s still relative to the particular MLS scale.

This is still a league where free spending is always relative to various roles and mechanics that don’t exist anywhere else. Those constraints add to the feeling that getting it right will always be dependent on more than total outlay. Every time an MLS team plays a Liga MX team in a game that counts, we hear about depth. It may be the single biggest issue in Major League Soccer, with a price point for bringing in quality up and down the roster. That includes keeping players rather than accepting a transfer fee.

How MLS works within the broader transfer market is still a work in progress. It’s not the old days when paying incoming transfer fees wasn’t a substantial part of the league’s business model. At the same time, it’s not a complete embrace of market economics when it comes to building teams. Once again, the focus shifts quickly to maneuvering within the rules to create a competitive team relative to Major League Soccer’s scale.

For all the talk of competing with Liga MX formally and informally, the gap in quality that needs closing rests on depth. That has a real cost, something accepted as part of doing business in other leagues. Building around star players is fine, but on a budget it can create teams unable to adjust when those players aren’t available.

In MLS, it’s difficult to build past that, certainly across multiple seasons. Simply keeping a team together was already an issue before the expansion era. Now, it’s become another aspect of getting it right by MLS standards. As much credit as organizations like Seattle and others deserve, we’re seeing how quickly that can come apart. The temptation, as always, is to blame the coach first, but it’s a broader issue. Whether cast as revamps or rebuilds, we’re seeing greater attention paid to components in getting a squad together built to succeed in a playoff league.

That’s where we find ourselves as the 28 clubs draft new players, consider their spending options, and build for 2022. It’s as tricky as it has ever been, in part due to those new ways of bringing in players and the greater involvement in the transfer market. It requires an increasingly adaptable set of particular MLS skills to build a winner, much less sustain it.