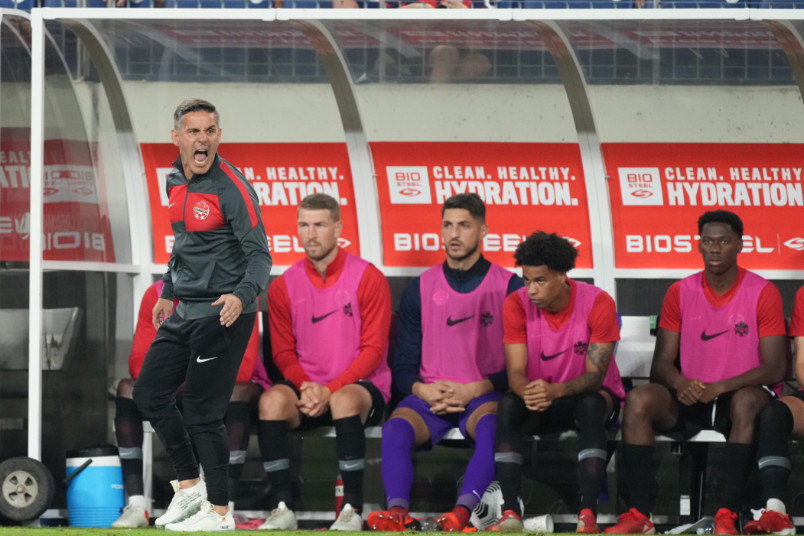 Tuesday’s soccer news starts with Canada’s roster for the January/February World Cup qualifiers. With Alphonso Davies unavailable, that’s going to require an adjustment from the Octagonal leaders. With the focus in the region squarely on Sunday’s home game against the United States, Canada opens at Honduras on Thursday and closes the window at El Salvador on February 2. Canada enters this window with a one-point lead over the USMNT at the top of the Octagonal table, with the potential for disruption in the standings on Thursday. Mexico plays at Jamaica, two points behind Canada and a point behind the United States.

“We look forward to coming home and playing in front of our fans, they have made the difference every time,” Canada coach John Herdman said in a press statement. “This will be a tough window, but we are strong and will embrace the challenges as we continue to take it one match at a time.”

Also in the soccer news, West Brom head coach Valerien Ismael updated the prognosis for Daryl Dike’s injured hamstring. “Monday night I spoke with the doctor and unfortunately it’s a really bad muscle injury, so he will miss eight weeks,” he said. “It’s a bad hit for us because he was our transfer target No.1 and we saw in short spells how good it is to have him. It’s painful for me, for us, for the players, for the club and for the fans. But it is what it is. The things you can’t influence in football are injuries and COVID. You have to deal with it.”

On Twitter, Dike wrote: “Not the dream start i would’ve imagined, but thank you all for the support through it! I will be back stronger than ever and ready to help out”.

Mix Diskerud’s Omonia beat PAEEK 2-1 at home. Adronikos Kakoullis scored for Omonia in the 55th and PAEEK equalized in the 57th. Omonia’s Marko Scepovic scored their winner in the 79th minute.

The Defector’s Patrick Redford asks about US Soccer’s strategy with using cold weather cities for this round of qualifying. US Soccer’s Michael Lewis looks at the history of playing games that count in Columbus. Football365’s Ian King with Watford hiring Roy Hodgson as the club’s new manager. The Set Pieces’ Chris Evans asks about the fan pressure on soccer coaches. FourFourTwo’s Richard Jolly works through what makes Chelsea better in Europe than in the Premier League. Planet Football’s Michael Lee on what Jose Mourinho has done in charge of AS Roma. BBC Sport’s Alex Bysouth profiles Dutch club Volendam.

Cup of Nations round of 16 on beIN Sport: Ivory Coast vs Egypt at 11am and Mali vs Equatorial Guinea at 2pm. Scottish Premier League on CBS Sports: Hearts vs Celtic at 2:45pm ET.