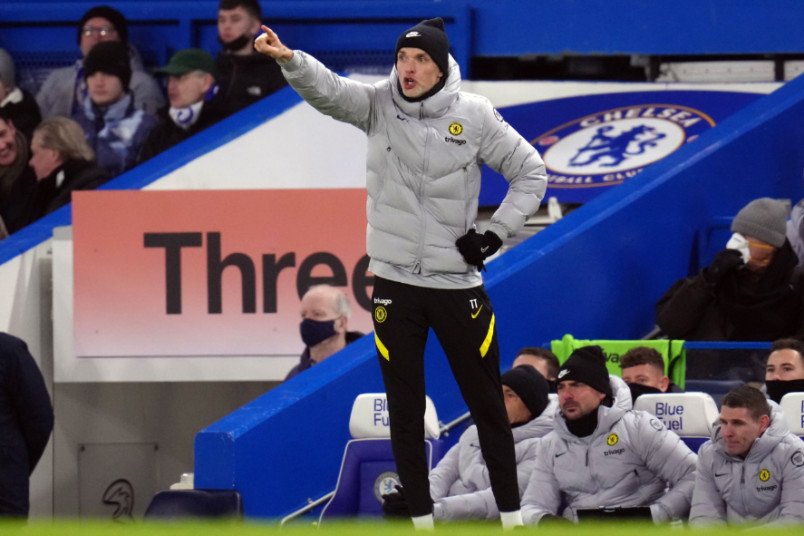 Thursday’s soccer news starts in the League Cup semifinal first-leg. Christian Pulisic subbed on in the 79th minute for Chelsea, taking a 2-0 lead over Spurs at Stamford Bridge. Kai Havetz opened the scoring in the 5th and Spurs gave up a 34th minute own-goal. The series concludes at Spurs on Wednesday.

“We could have created a bigger cushion, it was possible, we created a lot,”Chelsea manager Thomas Tuchel said. “We were very strong because it is so hard to create against Tottenham, which we saw over the last games. Especially in the second half we created a lot, and a lot of big chances to have the third or fourth goal. So now as everybody knows this is not decided and we have to arrive in full focus and top shape again because we need another 90 minutes of top quality football if we want to go through to Wembley.”

In Spain’s Copa del Rey round of 32, Yunus Musah subbed out in the 71st minute of Valencia’s 2-1 win at Cartagena. Carlos Soler scored for Valencia in the 35th and Cartagena equalized from the penalty spot in the 75th. Denis Cheryshev put Valencia through to the next round with a stoppage time goal. Sergino Dest wasn’t in the squad for Barcelona’s 2-1 win at Linares Deportivo. Trailing from the 19th minute, Barca’s Ousamane Dembele equalized in the 63rd and Ferran Jutgla scored in the 69th.

“Today is ok,” Barcelona coach Xavi said. “We are in the next round, the first main goal. So happy, happy for the team. Of course, the first-half was not good. The second-half we were better than them.”

USMNT player James Sands is spending the next 18-months with Rangers in the Scottish Premiership on loan from MLS Cup champions NYCFC. “James is a player who I have been aware of for some time,” Rangers manager Giovanni van Bronckhorst said in a press statement. “His versatility was a big attraction and I’ve been impressed with his attitude and mentality in the games that I have watched recently. He is a talented young player with areas of his game which we will endeavour to develop through our coaching. I am looking forward to getting him onto the pitch and starting to work with him.”

Moving to MLS, Real Salt Lake has a new investor/operator with David Blitzer and Ryan Smith’s Smith Entertainment Group taking over the club. “The combination of David Blitzer and Ryan Smith’s SEG form a dream partnership for Real Salt Lake,” MLS commissioner Don Garber said in a press statement. “David and Ryan’s teams have become synonymous with how athletics and community intersect, as they have demonstrated leading world-class organizations outside of professional soccer. Both understand the tremendous value that sports teams bring to a community, and they are deeply committed to Utah. This is a proven ownership group that brings resources and experience to elevate every aspect of the RSL organization.”

Also in the soccer news, Red Bulls assistant Bradley Carnell is the new head coach of St Louis City FC, the MLS expansion team that joins the league in 2023. SI’s Brian Straus on the Carnell hire in St Louis. ESPN’s Jeff Carlisle with the new investor-operators at Real Salt Lake. FIFA announced Tuchel, Manchester City’s Pep Guardiola, and Italy’s Roberto Mancini as the finalists for The Best Men’s Coach in their The Best awards.

Super Lig on beIN Sport: Trabzonspor vs Yeni Malatyaspor at 12pm. Primeira Liga on GolTV: Santa Clara vs Sporting at 1:30pm. Ligue 1 on beIN Sport: Bordeaux vs Marseille at 3pm. Liga MX on TUDN: Juarez vs Necaxa at 8pm and Puebla vs Club America at 10pm ET.