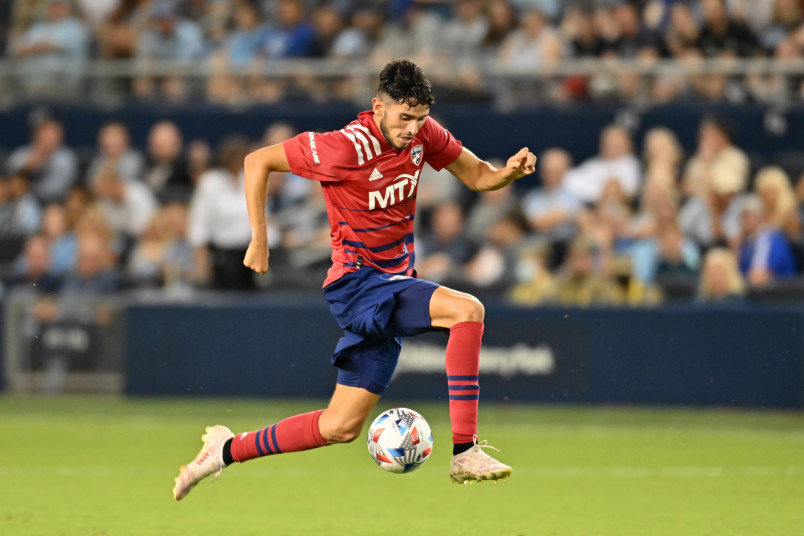 By Jason Davis – WASHINGTON, DC (Jan 5, 2022) US Soccer Players – In Major League, math is complicated. More to the point, MLS makes its math complicated with a long list of rules and regulations that dictate the way clubs can spend their money. Nothing is simple.

In most of the soccer world, any money made from player transfers is immediately available for spending on whatever a club might need. The “sell to buy” strategy is how the market works for a lot of clubs. When they complete a transfer, they can immediately enter the market for his replacement or use the proceeds to strengthen the squad in other areas.

This isn’t a concept that needs much explanation. Soccer clubs operate like any other business, with debits and credits on the ledger. Buying and selling players are just parts of the wider operations. If a club transfers a player, they might use the earnings to buy a fullback or spend on any part of the business.

MLS makes it more difficult. Making money on transfers is now part of the MLS business model, but clubs that make significant cash on player sales aren’t free to spend on just anything.

A pair of MLS clubs just executed high-profile transfers of young, talented forwards for millions of dollars. Ricardo Pepi left FC Dallas for FC Augsburg for an upfront fee of $18 million with add-ons that could push the total higher. Orlando City made a deal with West Bromwich Albion for forward Daryl Dike at $9.5 million. Both include sell-on clauses, meaning FC Dallas and Orlando City stand to make more if those players end up moving on to different clubs.

This is MLS fully engaged in the player market in a way that seems inconceivable just a few years ago. FC Dallas will receive 100% of the fee paid for Pepi per MLS rules. Orlando City will keep 95% of the fee for Dike. It’s big money that will also have an impact on the market for MLS players.

If Pepi and Dike are successful, the rest of MLS will benefit in the transfer market. MLS stands to collect higher and higher fees for its young talent as those players prove themselves. The sheer number of talented young players MLS will produce in the years to come will fuel the league’s transfer business. How clubs can use that money within MLS rules is now the big picture question for the league.

MLS roster rules dictate that clubs can convert just over $1 million of a transfer fee into General Allocation Money. GAM’s usefulness within the MLS salary budget environment is undeniable. Clubs with surplus GAM can fit more talent into their squads and leverage allocation money for other tradable assets.

$1m in GAM doesn’t seem like much to spend on a roster. Particularly when selling a player for significant money means a club is likely in the market for his replacement. To put that $1m return in perspective, Inter Miami attacker Lewis Morgan just joined the New York Red Bulls in exchange for $1.2m in GAM. That puts a price point on the internal MLS market.

Obviously, teams can use their transfer revenue elsewhere. There are academies to fund, marketing to support, and stadiums to pay for beyond the price of the playing squad. Still, if the amount of GAM available to a club through a player transfer isn’t tied to the amount of that transfer, it comes up short of providing the best possible incentive for clubs to develop and sell players.

MLS is intent on maintaining parity across the league, so much so that it prevents clubs who do the best job creating valuable assets to be sold to the highest bidder from reaping rewards commensurate with their work. Practically speaking, that leaves FC Dallas and Orlando City with less room to maneuver than seems fair.

On the eve of training camps opening for the 2022 MLS season, the two clubs must work to replace their production of Pepi and Dike with resources limited not by their ability to negotiate big fees for their outgoing stars, but by the league they play in.

There are a few areas where clubs can leverage their transfer earnings when it comes to the roster beyond the $1 million in GAM. Transfer fees paid on U22 initiative signings don’t count against the budget, and Designated Players always sit outside of the spending limits when it comes to salary. Should FC Dallas and Orlando City be so inclined, they can use their young striker windfalls to sign expensive replacements. MLS allows for transfer spending, but again it comes with caveats.

The U22 initiative is a different sort of investment, one clearly designed by the league to encourage clubs to put the money earned from outgoing transfers into players who might drive their own big fees down the line. Under the rules of the new budget designation, launched just last year, clubs that don’t have three senior DPs (meaning they either have open DP slots or one DP who fits the Young DP designation) can sign up to three players who will carry a minimal budget charge and not have their transfer fee included in that charge.

Several teams have already utilized the rule to its full extent. FC Dallas and Orlando City are not among them. Each team currently has just one DP, meaning there’s plenty of space available to spend big this winter.

It’s not the unfettered spending available to most clubs who make a record sale and can do what they wish with their newfound riches, but it’s something. In the grand tradition of Major League Soccer, with its quirky budget rules and enforced cost controls, it’s just enough to spark the imagination. What that means in practice is an open question for Dallas and Orlando.

As more and more MLS teams will find out as the market for the league’s players expands, the math is complicated. That’s part of operating in this league.