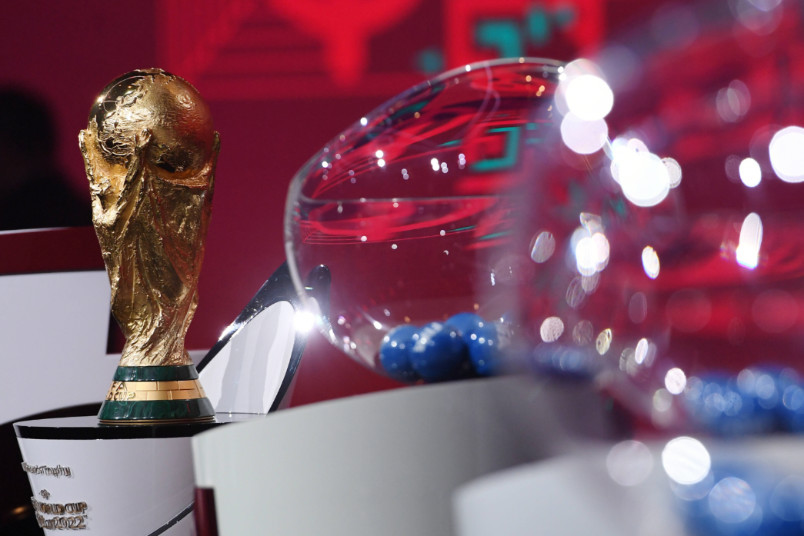 By J Hutcherson (Jan 4, 2022) US Soccer Players – FIFA president Gianni Infantino’s New Year message was about what we’ve come to expect during the current push for radical changes in world soccer. His organization’s focus remains sharp. It’s about already positioning the 2022 World Cup as a success while continuing to stump for it happening every other year as part of a revamped international calendar. To get there, FIFA needs others to embrace that shared belief that this is the right way forward.

“2022 will be a year of action, but it will also be a year of dialogue,” Infantino wrote. “The new FIFA is a democratic body and together with our stakeholders, we will design the path for football’s future, making the game fit for purpose in the modern era and ensuring that we can boost global competitiveness.”

Most people tend to get the issues with the international calendar, especially the start/stop of Europe’s domestic leagues during the fall windows. Most are also already aware that the World Cup as we know it ended in 2018. That’s the last time it was a summer tournament (2022 isn’t) with 32 finalists (expansion happens in 2026). Wanting less change is not the same as wanting no change.

Soccer calling its rule book the “laws of the game” is enough of an indicator that we’re supposed to see change as rare. That’s easy to maintain from a distance. Meanwhile, the last World Cup expansion happened for the 1998 edition. Earlier that decade, FIFA and the International Football Association Board – IFAB to its friends and the acronym of the organization that makes the rules – outlawed the back pass. They did the same with the tackle from behind in time for the 1998 World Cup. All that took was realizing that the back pass as a tactic slowed down the game and that allowing defenders to destroy the knees and ankles of the goalscorers probably wasn’t the best idea.

It’s also worth the reminder that FIFA inserted itself into domestic club soccer back in the 90s, insisting on leagues reducing to 16 teams. That stalled at 20 or 18 depending on the league, but almost all of them accepted the initial reductions and the broader reasoning. It was about freeing up space in the calendar, eventually leading to serious discussions of a World Cup every other summer.

None of that caused the type of responses we’re seeing to FIFA’s current proposals. Part of that may be that the 90s might as well have been pre-internet from a social media outrage perspective. That was still the era of mailing lists and message boards. Outrage certainly existed, but it was unlikely to grow at scale.

The greater connection we have now means greater potential for a stronger collection of voices in opposition. That includes some soccer authorities, powerful ones like Europe and South America. As always, it’s worth the reminder that part of the issue for both of those confederations are the values of their own competitions. While FIFA might look at this as a top-down reimagining of how soccer should work, it hasn’t gotten the buy-in to really sell that vision. Well, at least from the dominant territories on soccer’s globe. UEFA has shown no interest in a biennial European championship, and CONMEBOL has already reset the Copa America to every four years instead of two.

FIFA pushing ahead without the full support of the two most successful soccer confederations is a choice. They’re certainly aware of the opposition, alternative studies questioning the feasibility and economics, and media asking the appropriate questions. Still, FIFA’s vision for the near future hasn’t substantively changed since they made it public.

We’ve reached the point where it’s worth considering what a biennial World Cup would look like in practical terms. If it’s the same version of the World Cup, that would mean obligating 48 teams every other summer and needing qualifiers to figure out the field. That’s dramatically different than the Confederations Cup involving eight teams and using Confederation championships to qualify them.

Infantino has already suggested that UEFA would stage their EUROs in the alternative summers, turning that into a biennial competition as well. Assuming the other confederations follow their lead, it’s a streamlining of the major competitions that go hand-in-hand with limiting the number of international breaks in the FIFA match calendar. One does not necessarily need the other, something that Europe’s domestic leagues and clubs would likely point out.

Changing the calendar is an older issue, one that maneuvers around the various TV deals and expectations for international soccer content. The club game always wants less, at least in theory. Stuffing all of the games into October probably wasn’t what most had in mind, breaking for at least a month only a few weeks into their seasons. UEFA has bolded, underlined, and highlighted that when asking about the bulk of professional soccer players who aren’t internationals. Splitting it with the March window doesn’t full address what’s a fundamental realignment of the calendar and the broader club vs country issue.

Running alongside that is FIFA’s position that more World Cups means more opportunity. Since no country outside of Europe and South America has ever played in a World Cup final, that might resonate in the rest of the world. The bulk of the population and the bulk of FIFA’s voting members might see things differently. Maybe, as FIFA continues to stress, additional revenue pouring into under-served nations will vastly improve player development. Perhaps, there really is a different vision for world soccer than one dominated by European clubs and national teams from UEFA and CONMEBOL.

“We count on the vast majority who is looking forward to new exciting opportunities to dream, to develop the game, to feel truly part of the global football community,” Infantino wrote.

If FIFA is going to get the votes for the biennial World Cup, that’s the message that needs to resonate all around the world. It may not stop Europe and South America from their own re-inventing of the future of soccer, but what that also does is confirm what FIFA keeps saying. Of their 211 voting members, 55 in Europe and 10 in South America. This isn’t as simple as a numbers game, but overlooking that in favor of the position of the most powerful confederations is making FIFA’s point.