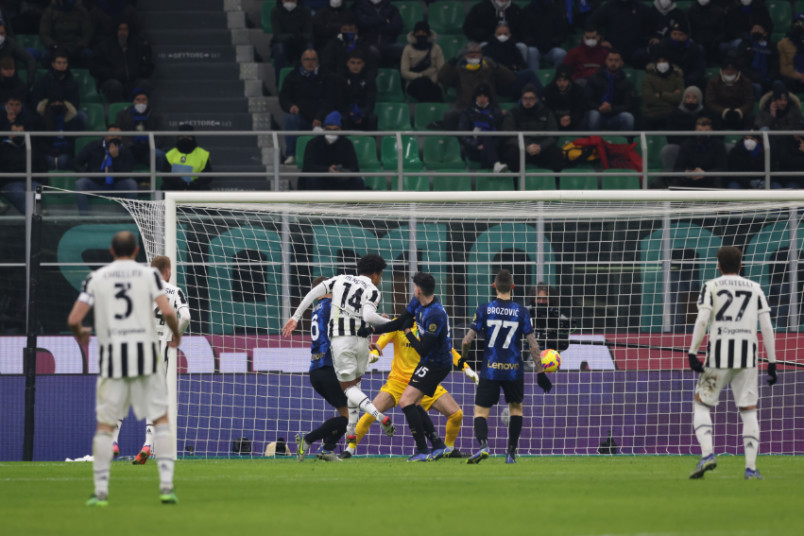 Thursday’s soccer news starts with Weston McKennie’s goal for Juventus in their 2-1 Supercoppa Italia loss at Inter Milan. McKennie headed in Juventus’s opener in the 25th minute. Inter equalized from the penalty spot in the 35th to send the game into extra time. They won it after the 120th minute, scoring in extra time stoppage time.

“Let’s not forget we were playing the reigning champions and current league leaders,” Juventus coach Massimiliano Allegri said. “However, overall I think we played with good intensity throughout the match. We were just a little timid in the opening ten minutes or so, but afterwards we played with courage and worked really hard.”

Tanner Tessman started and Gianluca Busio was on the bench for Venezia’s 2-0 loss at Atalanta in the Coppa Italia round of 16. Atalanta scored in the 12th and 88th minutes.

Josh Sargent wasn’t in the squad for Norwich’s 2-0 loss at West Ham in the Premier League. the goals came in the 42nd and 83rd minutes. Christian Pulisic was on the bench for Chelsea in their 1-0 win at Spurs to advance 3-0 on aggregate to the League Cup final. Antonio Rudiger scored in the 18th minute.

“It’s good we are not shy to say we want to be finalists and win finals, but we cannot simply expect to win every title that’s available,” Chelsea coach Thomas Tuchel said. We shouldn’t be arrogant. We enjoy that we play for an ambitious club. This is a gift. The club sharpens the mentality of the players. This is nothing you can invent from one day to the other. This is a long process. We are all competitive, so we are doing our best and this is what the club demands.”

Also in the soccer news, former USMNT player Benny Feilhaber is the new coach of Sporting KC II, who will move to MLS Next Pro this season. The Athletic’s Steve Madeley and Felipe Cardenas profile USMNT and West Brom forward Daryl Dike. On twitter, the Swiss Ramble explains how Barcelona is operating in the January transfer window.

Cup of Nations on beIN Sport: Senegal vs Guinea at 8am. Super Lig on beIN Sport: Besiktas vs Gaziantepspor at 12pm. Premier League on USA: Brighton vs Crystal Palace at 3pm. Ligue 1 on beIN Sport: Nice vs Nantes at 3pm. Liga MX on TUDN: Queretaro vs UNAM Pumas at 8pm and Necaxa vs Monterrey at 10pm ET.