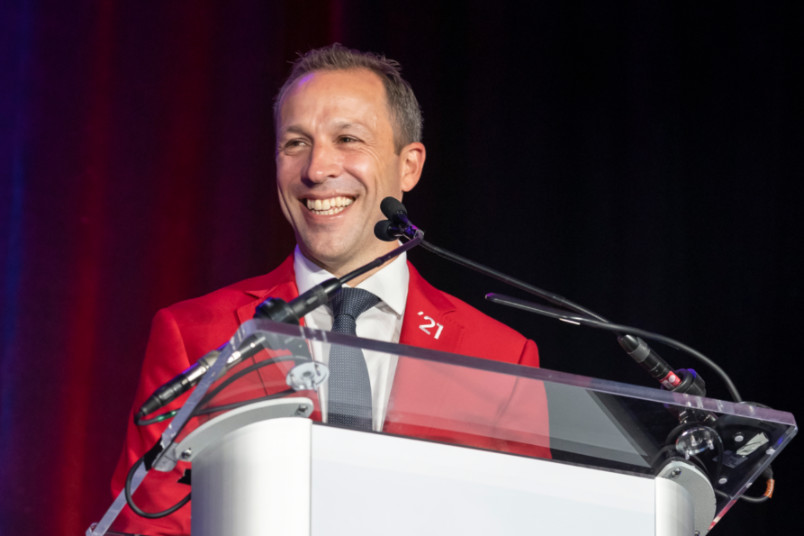 “I am ecstatic to be named the head coach of LAFC,” Cherundolo said in a press statement. “Having been a part of the club for the past year, I was able to see firsthand that the fans, city, and organization are all extraordinary. Furthering the club’s endeavors on and off the field are my main focus and I can’t wait to get started.”

He gets the promotion well aware of the situation in LA. The team struggled in its final season under Bob Bradley, finishing out of the playoffs. Bradley parted ways with the club and is now the coach of Toronto FC. That only adds to the pressure on LAFC to show that it can successfully move on from the Bradley-era.

Cherundolo didn’t play in Major League Soccer, spending his entire career with Hannover 96. He’s also never been an MLS assistant, though the situation last season with the Las Vegas Lights gave him plenty of exposure to how LAFC operates.

In an interview with LAFC’s official site when he took the Las Vegas job, Cherundolo spoke about the scope of American soccer and the club.

“Something that’s extremely attractive to me about soccer in general in the United States, is that you can build projects from the ground up and be successful in doing that,” he said. “LAFC is a fantastic example of that and adding to that program now with Las Vegas is just another layer of this of this already great story that I’m ecstatic to be a part of. This is the attractive thing – that we can actually make change.”

Meanwhile, Houston announced Asher Mendelsohn as technical director and Paulo Nagamura as their new coach. Mendelsohn has worked for MLS, the US Soccer Federation, and the Columbus Crew. Nagamura was the coach of Sporting Kansas City’s USL Championship team.

“As a player, I watched Pat and previous Dynamo teams lift MLS Cups, win conference championships and I understand the responsibility that comes with this role,” Nagamura said. “That is the bar, and I will work tirelessly to help the Dynamo return to the top tier of MLS.”

It’s an interesting situation for the Dynamo after completing their third-straight season outside of the playoffs. What was supposed to be a lengthy rebuild by MLS standards under former USMNT U-20 coach Tab Ramos turned into changes under new investor/operator Ted Segal. General manager Matt Jordan exited at the end of August. The Dynamo parted ways with Ramos on November 4.

Finishing 25th overall last season doesn’t leave Houston a lot of room to consider what might have been. That should lead to rebuilding rather than revamping. Houston has significant issues to address on the way to approaching Nagamura’s bar for success. LAFC may be closer, but it’s the same pressure to rebuild on a schedule that can quickly start to crash.

Moving to the soccer scores, Matthew Olosunde wasn’t in the squad for Preston North End’s 2-1 win at Stoke City in the Championship. Trailing from the 46th, Brad Potts equalized for PNE in the 59th and Andrew Hughes scored in the 81st minute.

The American Dream back at it 🇺🇸 pic.twitter.com/cfzgVcH7nH