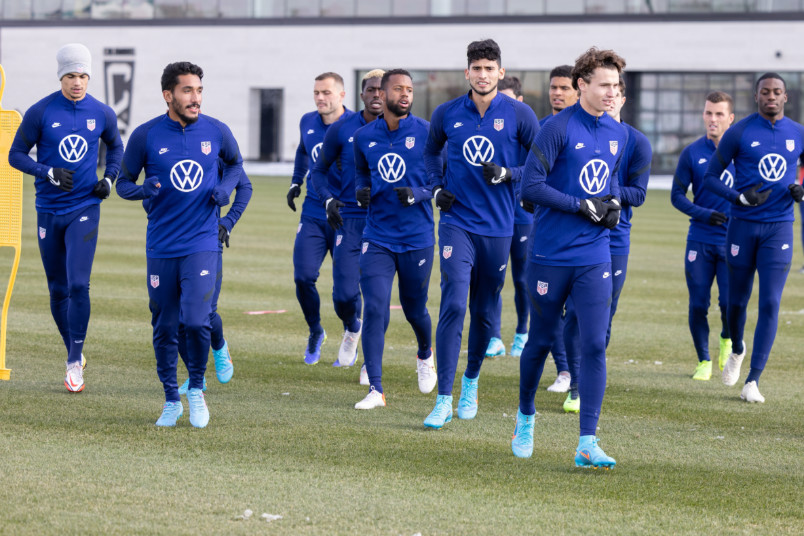 It’s another game day across Concacaf as teams look for separation in the Octagonal. Two points separate the top four teams in the standings. With five games left, the teams lower in the table are looking to play more than spoiler in the opening matchday of the January/February window. With that in mind, the USMNT is looking to take home field advantage against El Salvador in Columbus (7pm ET – ESPN2).

As always, the USMNT has already had to make adjustments. Zack Steffen is out with back issues, and there are questions about the USMNT alignment in cold weather. With the expectation on the home team, here’s what we’re looking for from the United States vs El Salvador.

USMNT coach Gregg Berhalter confirmed that Steffen’s unavailability means Matt Turner starting. “For Matt, it is similar to the first window where he was the clear starter going in based on Zack’s fitness,” Berhalter said during a press conference. “Same case in this window, and he is locked in and ready to go.”

That opening window saw Turner in goal against these same three teams. In September, two draws and a win spoke to damage control from the USMNT defense in their 0-0 draw ar El Salvador and 1-1 against Canada in Nashville. Steffen returned for the October 13 win over Costa Rica in Columbus and started the rest of the 2021 qualifiers.

While coach Gregg Berhalter has made it clear that there’s competition for the top spot, it’s availability once again making his goalkeeping decision. Turner’s ability to stop penalties borders on the legendary at this point. Games shift on those kind of moments.

Weston McKennie, Yunus Musah, and Tyler Adams are proving to be the engine for this version of the USMNT. It not only gives them the ability to shift the point of attack, it creates the opportunities for the forward running players. McKennie is providing quality minutes for Juventus, the goals only telling part of the story. He’s showing how he can embrace tactics and strategy to develop his role. It makes him tough to leave out and almost impossible at national team level.

Linking with Musah and Adams, they’re a unique group of players in Concacaf. Playing to that clear advantage can help dissuade the opposition from relying on a press. Give the US midfield too much space, and it’s likely that the opposition defense will quickly find itself under pressure. That changes the scope of the USMNT’s setup, allowing the kind of flow that increases chances.

This is once again a question mark for the United States. Ricardo Pepi began to emerge as the type of target forward the USMNT has looked for, but how that works in Berhalter’s setup remains an issue. Christian Pulisic is the player most likely to pull the strings for a full-strength USMNT, something easily assumed by any opponent. Timothy Weah remains a talking point for USMNT fans, the kind of player that should make a difference with his return to fitness.

What the USMNT doesn’t lack are options. Instead, it’s figuring out what works best in front of that midfield to make the most of the opportunities that they create. The Octagonal has shown glimpses of the version of the USMNT that can dominate games across the region. Turning that into regular service is dependent on finding the mix of attacking players that can put games away early.

Moving to the soccer scores, Cameron Carter-Vickers’s Celtic won 2-1 win at Hearts. Reo Hatate put Celtic up in the 27th and Gergios Giakoumakis made it 2-0 in the 35th. Hearts pulled a goal back in the 62nd. Chris Mueller subbed out in the 62nd minute of Hibernian’s 0-0 draw at Motherwell. Hibs played a man up from the 73rd minute. James Sands subbed out in the 59th minute for Rangers in their 1-0 home shutout of Livingston. Scott Arfield scored in the 75th minute. Sebastian Soto has moved from Porto B to Livingston, on loan from Norwich City.

Matthew Olosunde wasn’t in the squad for Preston North End’s 2-0 win at West Brom in the Championship. Emil Riis Jakobsen scored in the 41st and Cameron Archer doubled the lead in the 76th minute. West Brom’s Daryl Dike is injured.