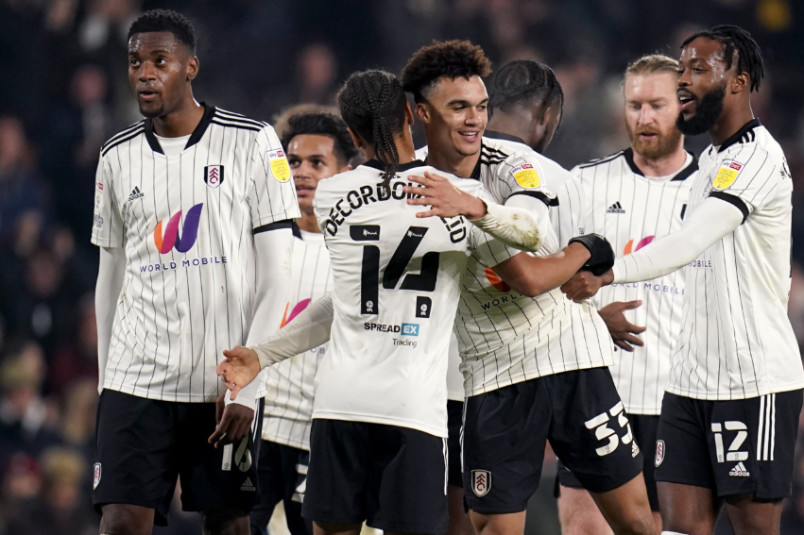 Wednesday’s soccer news starts with another big win for Tim Ream and Antonee Robinson’s Fulham, beating Birmingham City 6-2 at home. Fulham has 19 goals in their last three Championship games, starting with a 7-0 shutout of Reading last Tuesday and a 6-2 home win over Bristol City on Saturday. That’s increased their goal differential to +47, 27 goals higher than 2nd-place Bournemouth and with a five-point lead at the top of the table.

An own-goal put Fulham up in the 10th minute and Neeskens Kebano doubled the lead in the 35th. Fabio Carvalho (38th) and Tom Cairney (43rd) had Fulham up 4-0 when Birmingham City scored in the 45th minute. Birmingham City pulled another goal back in the 74th, but Carvahlo scored again in the 75th and Robinson finished off the goals three minutes into stoppage time.

“Fantastic score again, was not our best performance,” Fulham head coach Marco Silva said. “For us as a team, and for me as a manager, even if we don’t perform at our best level, we showed the capacity to create chances, score goals, and to have some very good attacking moments and show our quality.”

Matthew Olosunde wasn’t in the squad for Preston North End’s 2-2 home draw with Sheffield United. Down a goal from the 17th, a man from a 38th minute red card to Andrew Hughes, and a 39th minute penalty, Alan Brown scored for PNE in the 71st. Emil Riis Jakobsen equalized for Preston in the 89th minute. A league up, Christian Pulisic was on the bench for Chelsea’s 1-1 draw at Brighton. Hakim Ziyech put Chelsea up in the 28th and Brighton equalized in the 60th minute.

James Sands got his first game for Rangers in their 1-1 draw at Christian Ramirez’s Aberdeen in the Scottish Premiership. Ianis Hagi scored for Rangers in the 20th and Lewis Ferguson equalized from the penalty spot in the 73rd. Rangers played a man down from the 83rd minute with a red card to Ryan Kent.

Matt Miazga’s Alaves lost 4-0 at Real Betis in La Liga. the goals came in the 11th, 29th, 41st, and 54th minutes. In Serie A, Weston McKennie was on the bench for Juventus’s 4-1 home win over Sampdoria. Juan Cuadrado put Juve up in the 25th and Daniele Rugani doubled the lead in the 52nd. Sampdoria scored in the 63rd, but Paulo Dybala made it 3-1 Juventus in the 67th. Alvaro Morata converted a Juventus penalty in the 77th minute.

Gio Reyna wasn’t in the squad for Borussia Dortmund’s 2-1 loss at St Pauli, exiting the DFB Pokal in the round of 16. Trailing from the 4th minute and a 40th minute own-goal, Erling Haaland scored for Dortmund in the 58th minute.

Super Lig on beIN Sport: Galatasaray vs Kasimpasa at 12pm. KNVB Beker on GolTV: PSV vs Telstar at 12:45pm and Ajax vs Excelsior Maassluis at 3pm. Cup of Nations on beIN Sport: Mali vs Mauritania at 2pm. Liga MX on TUDN: Atletico San Luis vs Juarez at 10pm ET.