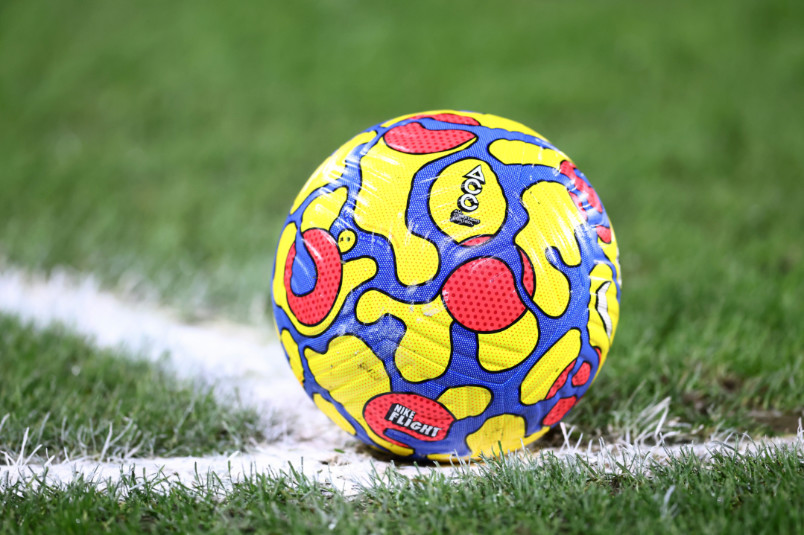 By J Hutcherson (Jan 25, 2022) US Soccer Players – This is not the time for sweeping conclusions for most of world soccer, much less one of the most popular leagues in the world. There’s no such thing as a history of the Premier League at the January break because there normally isn’t a January break. Needing room to finish World Cup qualifying, FIFA added this January/February international window and further complicated schedules for countries and clubs.

Adding to that are the pandemic postponements in the Premier League. Games played complicate the table from close to the top to the relegation zone. It’s a problem for a club like 3rd-place Chelsea, the only team 24 games into their season. That raises questions about what their 47 points really mean when the team ahead of them is a point ahead with two games in hand.

Liverpool has a game in hand on leaders Manchester City, trailing them 48 points to 57. That’s a sizeable gap for contending teams in this league, but it’s three points less than it was when Liverpool manager Jurgen Klopp talked about scenarios last week.

“If I would sit here and say, ‘I can smell that we’ll get them’ that would be really crazy and if I would sit here and say, ‘We don’t even try’, that would be crazy as well,” he said. “The only thing we can do is win football games, we cannot wait for a slip, we cannot really influence a slip of City. The only thing we can influence is our performance so I thought it’s a good idea to do exactly that: just win as many as you can.”

Meanwhile, at the other end of the table Claudio Ranieri officially departed Watford on Monday after taking the job in the first week of October. On an eight-game winless streak dating back to November 8 and only one of those a draw, their situation isn’t as obvious as it seems. Watford has two postponements with 14 points from 21 games. Behind them is Burnley at the bottom of the table with 12 points but from only 18 games. Newcastle is in 18th-place, a point ahead of Watford but with 21 games played.

Watford’s point from their current winless streak came at Newcastle, at least suggesting they can compete with other struggling clubs. That’s the pragmatic take on a relegation scenario, being just a bit better than the equally troubled teams around you. Following that up with Friday’s 3-0 home loss to 17th-place Norwich City complicated that type of thinking.

“The Hornets’ Board recognizes Claudio as a man of great integrity and honor, who will always be respected here at Vicarage Road for his efforts in leading the team with dignity,” Watford’s statement read. “However, the Board feels that, with nearly half of the Premier League campaign remaining, a change in the Head Coach position now will give a new appointment sufficient time to work with a talented squad to achieve the immediate goal of retaining Premier League status.”

While there are no doubt points in the table should lead clubs to making tough decisions right now, the scope of the job for the next Watford coach is an open question. Reports have Watford set to announce new manager Roy Hodgson, who left Crystal Palace at the end of last season. Another proven Premier League tactician, Hodgson knows how to design squads that can outplay their weaknesses. His Palace team finished 14th last season, but could’ve easily been a couple of places higher or lower.

It’s that disparity between quality and points that is carrying over this season across several clubs. Add to that the postponements, and there are good clubs that should be able to outplay their current position in the table. That includes all three of the teams currently in the relegation zone. In that regard, Watford’s management is right. There’s enough time to reset the standings and the expectations for teams that at the moment seem comfortable.

Brighton is currently in 9th-place, four points behind 7th-place Sours and four ahead of 10th-place Leicester City and 11th-place Aston Villa. Wolves and Aston Villa have a game in hand over Brighton, and Leicester has two. Brighton drew 1-1 at Leicester City on Sunday.

What the games played shuffle does to that group of teams could impact the table all the way up to the final European spot. It’s an indication of how much instability exists at this point in the season, in large part because the glut of games at the end of December and early January ended up disrupted by the pandemic.

That ran into the January/February international break, something that in theory may help some teams more than others since UEFA nations aren’t playing. It’s tough to know what another three-game window in Concacaf and two for CONMEBOL teams may mean for Premier League clubs, but they have time to practice with closer to full rosters than in normal windows. Still, this is a point in the season where club games count. Breaking that up would be an issue regardless. For the Premier League, it could once again end up resetting expectations.