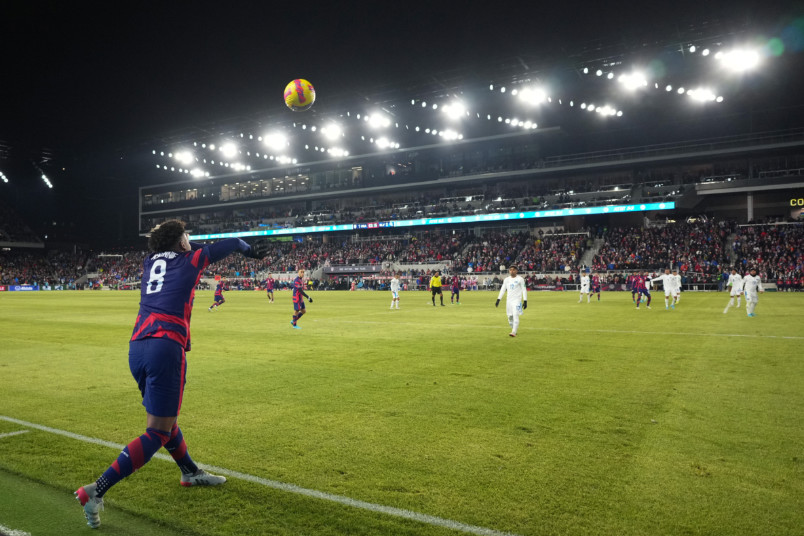 Friday’s soccer news starts with all three of the top teams winning on the first matchday of the January/February window. With 4th-place Panama losing at Costa Rica, there’s now a three-point gap between the automatic qualifying places and the playoff spot. That’s good news for Canada (1st-place, 19 points), the United States (2nd-place, 18 points), and Mexico (3rd-place, 17 points) while raising familiar issues for the USMNT and El Tri.

The United States beat El Salvador 1-0 at home in a game where most thought that the weather would be the biggest issue. It wasn’t, at least in providing an obvious advantage for the USMNT. El Salvador had its chances early and showed how to position around the box to deny the United States clear opportunities. While El Salvador didn’t get credited with a shot on goal, the USMNT’s five from 17 taken mostly came later in the game.

How much of an issue that is for the USMNT is an open question when it turns into wins. Controlling a game over 90 minutes counts the same in the qualifying table, the basic pragmatism that almost always ends up in play during the cycle. Matching wins with style points compounds the difficulty in getting those points.

Mexico faced that in a tougher than expected visit to Jamaica. That game shifted on a first-half stoppage time to Jamaica’ Damion Lowe with the score still 0-0. Though it was Jamaica going up in the 50th minute, Mexico would eventually take advantage of the extra man. Henry Martin scored in the 81st and Alexis Vega put them up for good two minutes later. That 1-2 routine was enough for the three points in a game where El Tri held 76% of the possession.

Once again, the biggest takeaway was why not more from a talented offense. Mexico stalled in the first-half, a situation that only builds confidence that the opposition can stay in the game. That lack of game control even with the noticeable edge on possession and shot is becoming the story of the Octagonal round. It’s allowed an opening for Canada to emerge by playing a different game. In their 2-0 win at Honduras, Canada took half as many shots (7 to 14), put the same amount on goal (3), and held 41% of the possession. Though possession dropped to 28% back in September against the United States in a 1-1 draw, it was a similar style of play.

The difference between the three North American zone teams is expectation. The Canadian revamp would show its limits. Instead, they remain top of the table and undefeated. While the weather is once again the story in Hamilton on Sunday, this is an opportunity for the United States to not fall into the same trap that cost Mexico three points in November.

It’s too simplistic to say that Concacaf is changing. All of World Soccer is changing. This is the last qualifying cycle before World Cup expansion, and the next one should happen without the North American hosts. Instead, it’s Canada sending a clear message that they belong where they are in the table. The only way to change that is to pass them.

Moving to the club game, Owen Otasowie wasn’t in the squad for Club Brugge’s 0-0 home draw with Union SG in Belgium’s Pro League. Club Brugge trails Union SG by nine points at the top of the table after 24 games.

Saturday has the Scottish Premiership on CBS Sports: Ross County vs Rangers at 7:30am. Coupe de France on beIN Sport: Reims vs Bastia at 12:30pm and Marseille vs Montpellier at 3pm.

Sunday has Concacaf World Cup qualifying on Paramount+ and Telemundo: Canada vs United States at 3pm, Mexico vs Costa Rica on Univision at 6pm, Panama vs Jamaica on Universo at 6pm, and picking up coverage of Honduras vs El Salvador on Universo at 7pm.

Primeira Liga on GolTV: Portimonense vs Tondela at 10:30am, Braga vs Moreirense at 1pm, and Porto vs Maritomo at 3:30pm. Coupe de France on beIN Sport: Bergerac vs St Etienne at 12:30pm and Lens vs Monaco at 3pm.

Monday has the Coupe de France on beIN Sport: PSG vs Nice at 3:15pm. All Times Eastern