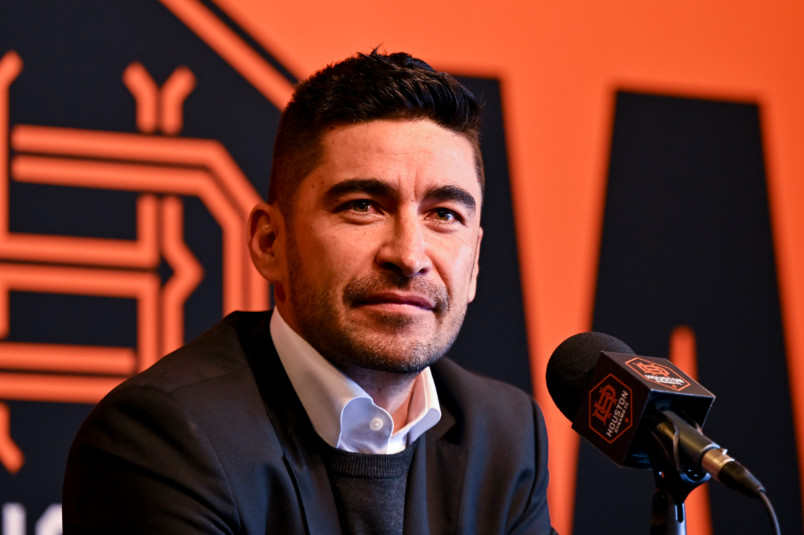 By Charles Boehm – WASHINGTON, DC (Jan 6, 2022) US Soccer Players – Major League Soccer tends to be a place of trends, from tactics to personnel and even kit and stadium designs. It also applies to its membership’s approach to coaching hires.

The insular, conservative outlook of its first decade or so gave way to a sort of “company man” phenomenon of hiring inspiring ex-players almost straight from the locker room. Parallel to that ran the emergence of “system teams” guided above all by an overarching philosophical identity.

More recently, we’ve seen an expansive approach emerge, luring prominent names from overseas. It was a hint of globalization paired with the sense that spendier investment in a coach like Tata Martino or Matias Almeyda could engineer advantages in a salary-capped, parity-driven competition.

Now, perhaps, the pendulum has swung again. With Inter Miami flailing, Atlanta United less of an exemplar, and the likes of Bruce Arena and Robin Fraser thriving, MLS familiarity is once again important. International resumes seem easier to resist.

The first week of the new year delivered a flurry of coaching news highlighted by the formal introductions of new bosses for LAFC and the Houston Dynamo and the announcement of 2023 expansion side St. Louis City SC’s first-ever head coach.

Steve Cherundolo’s unveiling in Los Angeles began with a video compilation of former national team colleagues who now work in media singing his praises. The widely respected “Mayor of Hannover” may need all that and more in the coming months. His first-ever stint as a first-team head coach at senior level figures to be a searching test.

Since their 2018 debut LAFC have sought, largely successfully, to act like and be perceived as a big club. Luring Bob Bradley back to MLS to launch the project and procuring Carlos Vela as a centerpiece set the tone. An authoritative capture of the Supporters’ Shield in year two and the 2020 run to the Concacaf Champions League final was walking the walk.

With youth coaching gigs at Hannover, Stuttgart, and the German federation, Cherundolo has worked methodically towards this point. Last year he wet his feet in the American environment with a year in charge of Las Vegas Lights FC as it shifted from USL Championship independent to youthful LAFC reserve team.

That stint didn’t reap many wins on the pitch, with individual development prioritized. Yet the time spent shoulder-to-shoulder with Bradley and his staff has gotten GM/co-president John Thorrington and the rest of LAFC’s front office comfortable enough to promote him rapidly. The big question is whether they’ve set him up for success.

LAFC wants and needs to be as splashy as their Hollywood surroundings connote. Bradley’s recruitment allowed them to check that box while also reaping extensive MLS and North American experience. Multiple media reports suggest they began the search for his successor with a global scope, speaking to Juan Carlos Osorio, Renato Paiva, Antonio “Turco” Mohamed, and Jaime Lozano about the vacancy before staying closer to home with Cherundolo.

“We felt that getting to know him this last year, and what he had to offer and where we are as a club, that now was the right time to give him that opportunity,” Thorrington told ESPN of the pick, emphasizing that “Steve is so deserving of this” in an interview with The Athletic. Perhaps that will be enough support for Cherundolo to sidestep the perception that management may have considered others before him. The reality is that such perceptions can be harder to ignore for clubs of the magnitude LAFC aspires to be.

The Black & Gold’s reputation as an attack-minded team intent on playing fluid, progressive soccer adds another item to Cherundolo’s task list. Yet with the likes of Eduard Atuesta, Diego Rossi, and Mark-Anthony Kaye sold off, loaned, or traded, only a scant handful of players from that Shield-winning roster remain. The status of Vela, whose contract is said to expire at midseason, is uncertain.

“We will build on already what is great and we will move forward. We will keep our attacking-minded way of playing. We want to score goals,” said Cherundolo. “That is first and foremost our priority. We will be an attacking, exciting team with moments of explosiveness in transition, and for me that’s a responsibility for us.”

There’s even less clarity to go on down in Houston. New Dynamo investor/operator Ted Segal arrived in June, signaling his intention to invest aggressively to return the club to its glory days. That’s both a competitive and marketing challenge. Pat Onstad’s hiring as general manager was followed by the departure of Tab Ramos and the selection of Paulo Nagamura, another newcomer to the MLS head coaching ranks and immediately the youngest in the league at 38, as his replacement.

There’s been little in the way of roster churn for them so far. Houston has just one Designated Player on the books at present, Teenage Hadebe, and the Zimbabwean center back’s salary can be bought down, giving them plenty of high-end roster slots to work with. While Onstad alluded in general terms to the possibility of big-name signings in the weeks ahead, Nagamura, a Peter Vermes acolyte from the Sporting KC setup, chose to focus on contrasting qualities like tenacity and commitment first.

“I believe we have to change the culture a little bit, to rescue that identity that Houston had seven, eight years ago,” Nagamura said in Tuesday’s unveiling, where he also hinted at the prospects of a high-pressing system, something Ramos also attempted, with varying results. “That is a process, that’s not an overnight project.”

That’s logical. Can the Dynamo really spend their way out of a multi-year funk in a matter of months? It’s also not necessarily the kind of talk that gets disillusioned fans intrigued again. Perhaps Onstad and Nagamura were just reflecting the division of labor that both Houston and LAFC have chosen, reminiscent of the established European model where coaches coach and others focus on acquisitions.

“When we searched around the world for all those coaches, speaking to a lot of high-potential coaches that we were looking for, is that we found the biggest issue we had with a lot of these guys we spoke to was a lack of familiarity with MLS,” Onstad said of the multi-lingual Nagamura. “Well, the gentleman beside me has played 12 years in the league. He’s been in a coaching environment for five years; he’s as long in the tooth in MLS as I am.”

Meanwhile, St Louis is enjoying the relative luxury of a leisurely buildup to next year’s launch. City SC kept that theme going by naming Bradley Carnell their inaugural head coach on Wednesday. His can be considered three types of hires in one. A network pick in the sense that he knows sporting director Lutz Pfannenstiel well. Carnell is also a systemic and MLS-oriented choice, given his lengthy service with the New York Red Bulls and his playing days under Ralf Rangnick at Stuttgart.

Unlike many expansion clubs, City SC’s downtown stadium will be completed months before opening day. Their academy is already well into its first competitive season. Their second team will take part in the new MLS Next Pro league this year. They say they’re eager to put the deep local talent pool of the longtime soccer haven to full use and plan to utilize a high, hard press. So far, it all sounds a lot like the Philadelphia Union and RBNY models.

Expansion projects tend to burst out of the gates with euphoria, which should give St. Louis a good deal more time and leeway than LAFC or Houston. All three have drawn many of the same broad conclusions about the dynamics of the coaching hire, however.

“We wanted to have a coach who knows the league very well in detail,” Pfannenstiel explained while also making mention of Carnell’s understanding of “our playing philosophy, our DNA” in his rationale. “I think that’s the biggest problem in recent MLS history, you bring in a big-name manager who just doesn’t know anything about the league. We definitely did not want to make that mistake.”

Right now, that’s making a lot of sense for many MLS clubs.