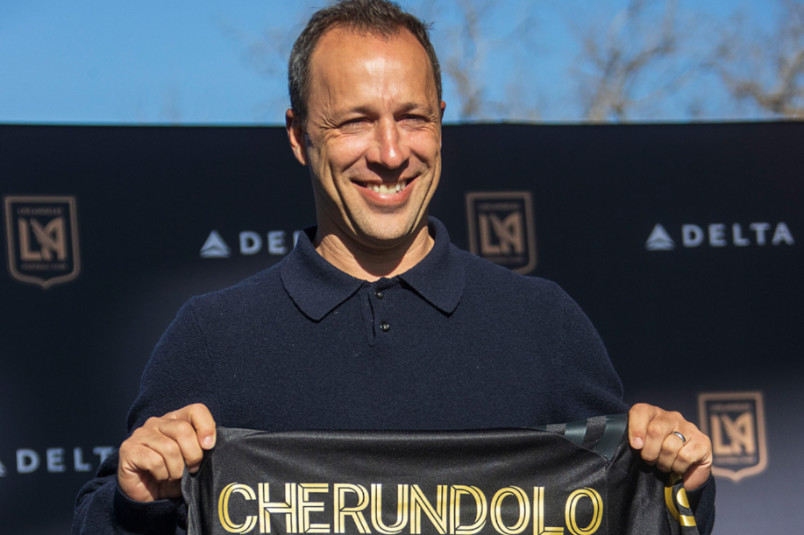 By Luis Bueno – RIVERSIDE, CA (Feb 3, 2022) US Soccer Players – Is it easier to succeed when there are no expectations or high expectations? Aim at nothing, get nothing or shoot for the moon and settle for landing among the stars? LAFC’s 2022 campaign will be a testament to which approach is better.

With manageable expectations, LAFC hit the ground running upon joining MLS in 2018. Everything the club did went right over two-plus seasons. They seemed to nail every player acquisition, piling up win after win and accolade after accolade.

That started to erode in the pandemic-shortened 2020 season. For the most part, clubs got a pass due to those strange, unique, and challenging circumstances. Expectations shifted back to normal last season.

At the end of the 2021 campaign, LAFC’s defense was in shambles, there were no stars to guide the team, and the results weren’t there. LAFC’s season ended on Decision Day with a 5-2 loss at Colorado. That the Rapids ended up finishing 1st in the Western Conference only highlighted LA’s problems.

Now, the team has undergone a massive shakeup. New coaches and new players joined the Black-and-Gold, trying to get the club back to where it was. While that newness could result in some growing pains, the team has massive expectations ahead of it.

By the time the season kicks off late this month, LAFC will not necessarily be among the favorites in the Western Conference. It’s a tough group considering what happened last season. Seattle, Sporting Kansas City, regular season champion Colorado, and MLS Cup participant Portland aren’t standing by and hoping for the best.

Meanwhile, LAFC has to deal with its past. Because of the club’s spectacular 2019 season, outstanding returns became the expectation. Add to that internal expectations to keep the investor/operators happy and stay relevant in the Los Angeles market.

Realistic expectations, on the other hand, raise the same kind of questions the club successfully addressed during their debut season in 2018. Whatever was going to happen with the new look LAFC depended on its coach and marquee player. Bob Bradley’s return to Major League Soccer and Carlos Vela’s debut were the two obvious narratives. What they accomplished set those expectations the next coach now has to address.

Steve Cherundolo, at least at the start of his tenure, will be constantly compared to Bradley as unfair as that will be. Even though the club hasn’t been around for a long time, Cherundolo is a product of the LAFC system. The longtime Bundesliga veteran got his head coaching experience with LAFC’s USL affiliate Las Vegas Lights.

Last season didn’t go very well on the field for the Lights in the USL Championship. They finished in last place in the Western Conference, losing 23 of their 32 games. What counted for LAFC management was how Cherundolo worked within their system. Ultimately, that experience made him their choice for the club’s second head coach.

Cherundolo will need a lot from his veteran players. Once again, that puts the spotlight on Vela. His first two seasons in the league were remarkable, setting the single-season scoring record with 32 goals in 2019. He missed significant time over the last two seasons due to various injuries.

In his first two seasons, Vela played in 28 and 31 games respectively. In the Covid-shortened 2020 campaign, Vela suited up just seven times. A year ago, Vela played in 20 games with just 15 starts. In some ways it was understandable why LAFC suffered through some poor spells. Not having one of the top talents in the league available would sink most clubs. LAFC managed to stay afloat despite missing its leading scorer, but it drew a line between contender and failing to make the playoffs.

A healthy Vela changes things. Add to that the emergence of Cristian Arango, who found instant success upon joining LAFC a year ago, and they could be the league’s most lethal scoring duo. Brian Rodriguez could also help the team become a high-flying scoring force once more.

Other players figure to make an impact such as Kellyn Acosta, the U.S. national team’s set-piece specialist, and former Sporting KC man Ilie Sanchez. The two midfielders will try to help LAFC fans forget Eduard Atuesta. Since joining the team in 2018, Atuesta was the club’s midfield anchor but joined Brazilian side Palmeiras following an offseason transfer.

The club also made a move for ex-Vancouver goalkeeper Maxime Crepeau. Goalkeeping has been an issue since the end of the 2019 season when Tyler Miller left for Minnesota United.

For LAFC, that level of turnover is massive. The new coach and new players in key positions mean the quick return of old expectations. How this version of LAFC deals with that will be what writes their next chapter, one way or the other.