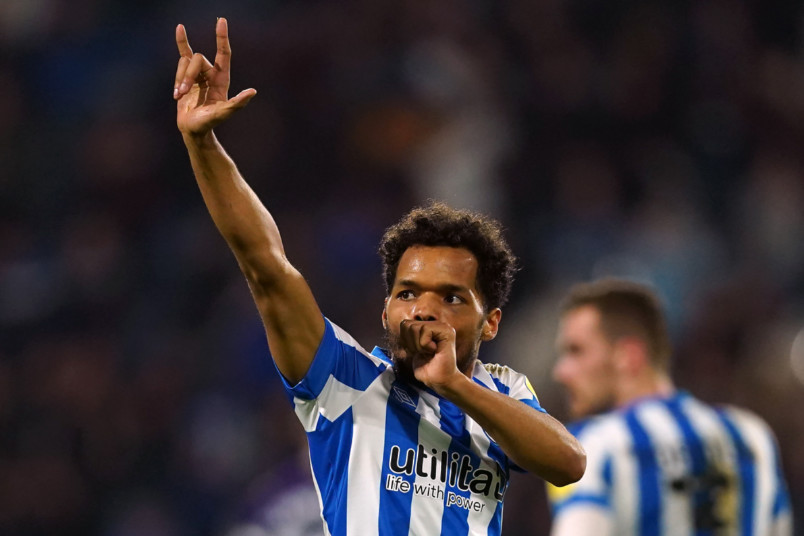 Thursday’s soccer news starts in the Championship. Duane Holmes scored in Huddersfield Town’s 2-0 home win over Derby County. With Derby playing a man down from the 3rd minute, Holmes scored in the 75th and Jordan Rhodes doubled the lead in the 79th minute.

“For me, their player getting sent off changed the dynamic of the game,” Huddersfield Town coach Carlos Corberan said. When you are playing against 10 players who are going to be more solid in defence, the key is to be patient. You cannot allow them to start any counter-attacks whilst trying to be attacking whenever you can. I thought the team found a good balance in creating chances after Stearman was sent off. In arriving to the box, we found some double passes and combinations without getting into the box. We created some good opportunities.”

Cameron Carter Vickers’s Celtic shutout Rangers 3-0 at home in the Scottish Premiership. Reo Hatate scored in the 5th and 42nd minutes and Liel Abada finished off the scoring in the 44th. James Sands was on the bench for Rangers.

“I’ve had some special moments in football but that one’s up there tonight,” Celtic manager Ange Postecoglou said. “From the moment we walked out until 10 minutes after the game, they didn’t stop. That’s the most pleasing thing – that the players put in a performance worthy of our support and I think everyone goes home happy tonight.”

Sam Vines’s Royal Antwerp shutout Kortrijk 2-0 on the road in Belgium’s Pro League. Antwerp went down a man in the 10th minute, but Mbwana Samatta put them up a goal in the 18th. Kortrijk saw red in the 68th with Pieter Gerkens scoring for Antwerp a minute into stoppage time.

Yunus Musah is with the USMNT, missing Valencia’s 2-1 home win over Cadiz in the Copa del Rey quarterfinals. Goncalo Guedes scored for Valencia in the 24th with Cadiz equalizing from the penalty spot in the 54th. Hugo Duro put Valencia up for good in the 79th. Cadiz played a man down from the 84th minute.

“The atmosphere was awesome,” Valencia coach Jose Bordalas said. “There were moments at the end that gave us goosebumps. They showed a huge commitment to the team. I congratulate the players as well. It has been difficult. There are no easy games. Cádiz CF had a great game and it was a hard-fought victory for us. We are happy and we are in the semifinals.”

Also in the soccer news, UEFA published its Club Landscape report and put the focus on attendance. “One of the starkest findings of the report is that the majority of the lost revenues,” UEFA’s summary reads. “€4.4bn and counting, comes from lost gate receipts, with this revenue stream almost wiped out (88% down) during the financial year 2020/21 as a result of empty stands from the health emergency. Gate revenues contributed just 2% of club revenues across Europe, down from 16% pre-pandemic. Naturally, the loss of gate receipts has had a profound impact on overall club finances.”

ESPN’s Jeff Carlisle on the USMNT winning the final game of the January/February window. The Athletic’s Sam Stejskal asks why the USA needed this much of a home field advantage. The Guardian’s Tom Dart also asks about the venue. Fox Sports’ Doug McIntyre with a job done for the USMNT in St Paul. SI’s Brian Straus focuses on the importance of set pieces in the USA win.

Ligue 1 on beIN Sport: Marseille vs Angers at 3pm ET.