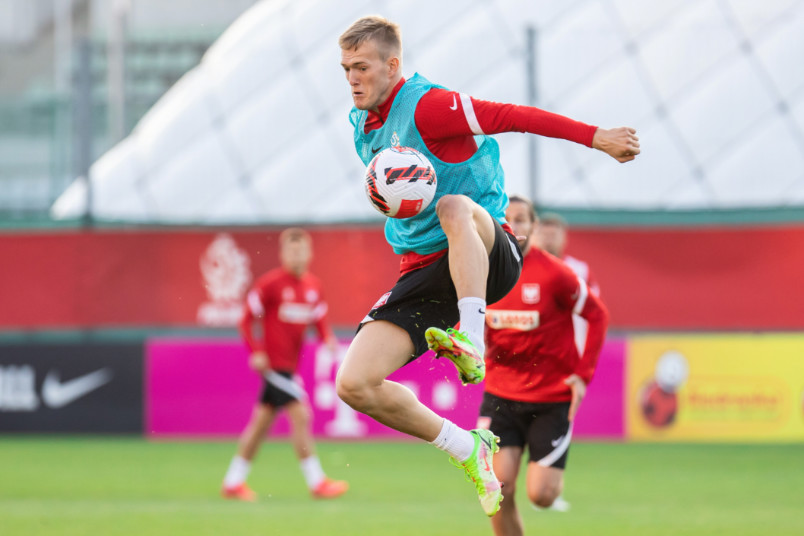 By Jason Davis – WASHINGTON, DC (Feb 25, 2022) US Soccer Players – There’s a cloud hanging over the start of Major League Soccer’s 27th season. It’s a cloud brought on by a myriad of factors, some of them outside of the league’s control. The world’s soccer calendar, the ongoing global pandemic, and the churning trends around roster-building across MLS all have significant roles in why the 2022 campaign arrives under less-than-ideal circumstances.

The league’s head coaches have been vocal about their frustrations leading up to the start of the regular season, the earliest kickoff in MLS history. Even if every team is dealing with similar problems, coaches are worried about missing out on crucial preparation time before the start of meaningful matches.

Administrative delays are responsible for the most common problem facing MLS teams as the season launches. The lingering impact of the pandemic means that short-staffed embassies around the globe are taking longer than normal to process visa applications for incoming foreign signings. That means some of Major League Soccer’s highest-profile additions won’t arrive until after the first week of the season, while others will hit the field after limited time in preseason. The problem is most stark for teams looking to make good first impressions or rebound from back seasons in 2021.

Expansion side Charlotte FC went heavily international to start its MLS existence. Because of a run of bad luck, they’ve only filled one of their three Designated Players spots. That one DP sporting director Zoran Krneta did acquire before the start of the season is listed as questionable for the club’s debut at DC United on Saturday.

Karol Swiderski, Charlotte’s Poland national team striker, may be unavailable due to those administrative holdups. For a team that must learn to play together on the fly under a head coach that will be himself learning about Major League Soccer, Swiderski’s absence would be a big blow. There’s less to fall back on for a club with no established identity than there might be for a team moving from one season to the next.

The Chicago Fire has history, but nothing about the recent run of seasons in the Second City has been good. There’s a new head coach on the scene in Ezra Hendrickson, and the club made headlines with some flashy signings in the offseason. The biggest name is Swiss attacker Xherdan Shaqiri, but there are other foreign signings expected to push the club back to relevance in the East.

One of those is German defender Rafael Czichos. Czichos brings a wealth of experience to the Fire after years playing for Cologne of the Bundesliga. Ideally, he would have been in preseason camp from the beginning, applying that experience and commensurate leadership for a team desperate to improve. Instead, visa delays kept him in Germany until February 18, when he was finally able to join his new teammates eight days ahead of the season opener against Inter Miami in Fort Lauderdale.

“I’m really happy to be there now,” Czichos said when he finally arrived in the United States. It was an amazing feeling to be back on the pitch after such a long time for me. I thought my break would be like two weeks, but then it was four weeks, so it was way too long for me. To run along in the forest or to work alone in the gym was really frustrating.”

It, of course, could be worse. Czichos will be in uniform for the Fire on opening day. That’s a better situation than the one potentially facing Charlotte with Swiderski or the Philadelphia Union with their own attacking signing.

The Union has the benefit of a strong foundation heading into the season and can turn to depth to cover for the lack of their big offseason acquisition. Danish forward Mikael Uhre’s visa paperwork hit the finish line just in time for him to make his way to the United States ahead of the first game, but he isn’t going to feature against the Minnesota United.

“Not sure how much sense it makes to force him off of a plane to play,” Union head coach Jim Curtin said. “So we’ll weigh all those variables. But the positive is he will be here [Friday] in Philadelphia and we can really start to get to work with him.”

Getting Uhre into training as soon as possible is of paramount importance to maximize his impact on the field this season. He hasn’t played in a competitive match since December 12. Each day that passes without the striker working on his fitness sets back his reaching top form.

Similar problems exist across the league, affecting how ready teams from coast-to-coast are to begin their season. The delays in getting players into training, which for some teams go beyond the administrative issues, can only make the opening month of the schedule a “work-in-progress” period. Combined with the usual amount of rust and injury, such problems can be devastating.

Though Charlotte head coach Miguel Angel Ramirez garnered the most headlines for his brutally honest assessment of his club’s roster heading into the season “We’re screwed”, Ramirez told reporters in Spanish last week), other coaches have made their feelings known in equally blunt ways. New York Red Bulls head coach Gerhard Struber lamented his team’s inability to make the signings he wanted before the club begins its quest for a 14th-straight playoff berth.

“Of course, the goal was that we hold the group together and find three, four, five key players to the team,” Struber said on Wednesday. “Right now, I have to realize this transfer window until now shows me a very difficult picture.”

Struber’s annoyance speaks to a notable new reality, one created by the effects of the pandemic and the earlier start to the season. Adapting to the new timeline combines with the drag on paperwork. That leads to incomplete groups setting out for the first points of the season. The Red Bulls did make a big signing this winter, despite Struber’s concerns. Luquinhas, a Brazilian joining from Legia Warsaw, will help the attack and lead a very young group of players in 2022.

But Luquinhas and Stoke loanee Tom Edwards will miss the season opener because of–you guessed it–visa issues. The Red Bulls will dress just 16 players when they take on San Jose in California to begin the 2022 campaign. We’re a long way off from seeing the best of what New York has to offer for the new year, whether or not Struber gets his way and the club signs more reinforcements.

Of course, it won’t just be New York. We’re a long way off from seeing the best of MLS in 2022. The excitement that the new season is here will have to carry us through while we wait for the paperwork needed to clear that pesky cloud from the sky over MLS.