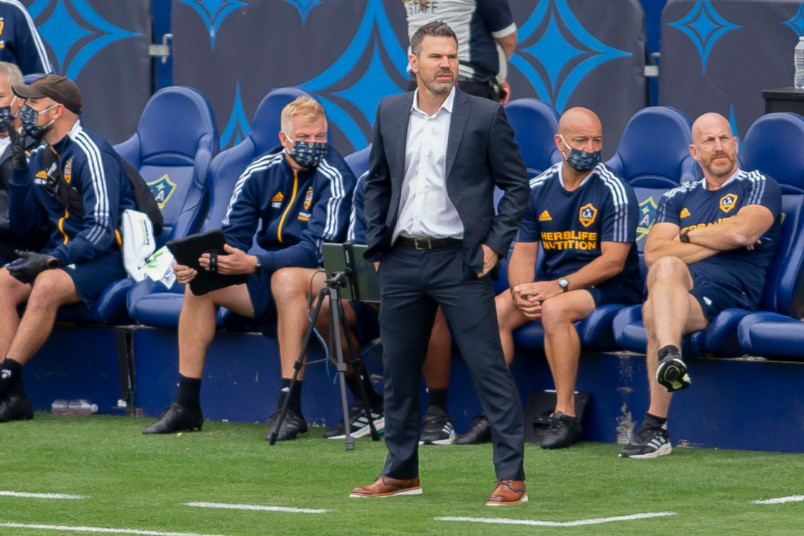 If you ask the LA Galaxy, though, that group should include the once-mighty five-time champions. Certainly within the club, there’s a feeling that an MLS Cup run is not only within reach but an obligation. Such is life for the LA Galaxy. Every season they come in thinking it’s either championship or bust. It has always been that way for one of the league’s flagship clubs. While that may seem like a positive, more than anything, it might be a hindrance.

There is a difference between setting lofty but realistic goals and dreaming. The Galaxy has been dreaming since 2017 when it comes to having a realistic shot of winning the championship. The Galaxy has shown very little over the last five years to back up any sort of claims to being a contender. Yet here comes the Galaxy, hauling its history and loaded trophy case up to the start of the season as part of the reason why they’ll be in contention.

It’s a hindrance when that outlook interferes with fairly judging the roster and taking decisive action. Of course, that action is results dependent. While MLS certainly sees teams make big jumps in the standings from season to season, it normally takes steps. From Decision Day disappointment to making the playoffs to contending. Otherwise, those roster moves may end up based not on the prior season’s results but on immediately reaching the final.

For the Galaxy, those steps are not happening. The team had undergone at least two massive facelifts since the end of the 2016 season when Bruce Arena stepped away as coach and general manager. The first overhaul led to the worst season in club history. The team made massive changes before the 2018 season, but the playoffs were just out of reach. Making adjustments, the Galaxy advanced to the postseason in 2019. While 2020 is an outlier, last season showed change and futility.

Greg Vanney now enters his second season in charge of the Galaxy. His reputation turning around Toronto is set regardless of what happens in LA. The Galaxy hierarchy needs to embrace patience with Vanney starting the process of getting them out of a tough situation.

There is much optimism around the LA Galaxy, as there usually is, during the preseason. They have reason to be optimistic. Javier “Chicharito” Hernandez returns after scoring 17 goals from a year ago. He nearly got the Galaxy into the playoffs last season. They fell one game short, drawing when they needed a win on Decision Day.

Had Chicharito been healthy for more parts of the season, perhaps he could have helped turn some draws into wins or losses into draws. Those 17 goals came in 21 games, setting the kind of rate that could change a full season. While that’s certainly a building block, the Galaxy also has players to decrease that scoring burden. They have high hopes for Young Designated Player Kevin Cabral. Cabral contributed just five goals a year ago, but the team is counting on more production in 2022. Cabral scored twice in the Galaxy’s first preseason match, which could be a sign of greater production to come.

Rayan Raveloson was a bit of a revelation a year ago, scoring five goals in 24 games. Raveloson helped pick up some of the scoring slack when Hernandez went down with injury in the summer. Between Hernandez, Cabral, and Raveloson, the Galaxy could have a nice scoring trio to help the team stay competitive in the Western Conference.

The real question remains the defense. The team’s defensive shortcomings hampered the Galaxy down the stretch and especially in the final game of the season. The attack came through with two big goals, but the defense could not keep it neat and tidy in the back. The result was another playoff-less season. The Galaxy finished last season with 54 goals allowed. The only playoff team to finish with more than 52 goals allowed was Real Salt Lake

Still, whether it’s with an attack that outpaces the rest of the Western Conference or an improved defense that keeps regular clean sheets, the Galaxy is counting on an improvement from last season. These aren’t unreachable goals, but they don’t necessarily point towards challenging the top teams in the West. Whether that will ever be alright for the Galaxy is once again the question.