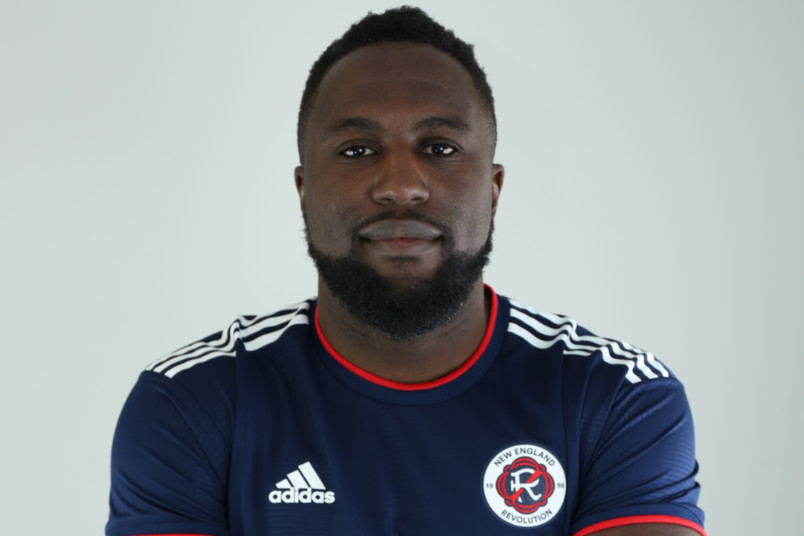 Tuesday’s soccer news starts with Jozy Altidore joining the New England Revolution. After a difficult final season in Toronto, Altidore and the club agreed to a buyout. That allowed him to join New England as a free agent in advance of the 2022 Major League Soccer season. Under the terms of the buyout, Toronto pays a portion of Altidore’s salary this season and next season.

“I am excited to begin this next chapter with the Revolution and look forward to competing for trophies in New England,” Altidore said in a press statement. “I am grateful for this opportunity to reunite with Bruce Arena and look forward to getting to work with my teammates immediately.”

Altidore moves from a team undergoing a rebuild under new coach Bob Bradley to last season’s Supporters’ Shield winners. It’s an interesting time for the Revolution, agreeing to a deal that will see starting goalkeeper Matt Turner leave for Arsenal in late June. Coach and general manager Bruce Arena has already brought in USMNT midfielder Sebastian Lletget in a general allocation money deal with the LA Galaxy and Omar Gonzalez on a free transfer from Toronto. Altidore adds another veteran presence at the club that scored a league-leading 65 goals last season.

That 2021 version of the Revolution relied on Adam Buksa with 16 goals and Gustavo Bou with 15 to drive the offense. How Altidore works himself into the attack is the question, but at 32-years-old he has the experience and the game awareness to make himself valuable. In Arena, he also has a coach that understands his game.

In that same press statement, Arena said “I believe Jozy can continue to be an outstanding goal scorer, and we will work hard to get him back to full fitness and in good form over the next couple of months.” That should be exactly what Altidore wants to hear and should expect at the next stop in his outstanding career.

As for the team he leaves, Toronto made a big move to sign Lorenzo Insigne, but he doesn’t become an option until July 1. That’s a lot of runway for a team with no choice but to rebuild following a 13th-place finish. Missing the playoffs by 20 points doesn’t lend itself to thinking that the fixes are within the squad. Toronto has also signed Tigres defender Carlos Salcedo to a Designated Player contract and brought in another forward, Jesus Jimenez from Polish club Gornik Zabrze. They also signed Shane O’Neill as a free agent. That’s the kind of move that might get lost, but O’Neill played in 27 games for Seattle last season.

Toronto moved Dom Dwyer to Dallas for a draft pick and GAM and traded Marky Delgado to the Galaxy for even more GAM. That totaled $450k in GAM and another $100k in conditional GAM, the kind of moves teams across the league now regularly make to build up money to spend. They also transferred Yeferson Soteldo to Tigres, freeing up a Designated Player spot for Insigne. Alejandro Pozuelo and Carlos Salcedo are the team’s other Designated Players.

“Lorenzo Insigne is going to be a player that people want to come see,” Toronto FC president Bill Manning said after the club announced the move. “I’m sure BMO Field will be packed and we will give them a world-class player in Lorenzo and maybe others as we rebuild this team.”

UEFA Champions League on CBS: Inter Milan vs Liverpool at 3pm. Univision has Red Bull Salzburg vs Bayern Munich at 3pm. Copa Libertadores on beIN Sport: Bolivar vs Deportivo Lara at 5:15pm and Olimpia vs Cesar Vallejo at 7:30pm. Concacaf Champions League on FS2: Guastatoya vs Leon at 6pm, Forge vs Cruz Azul at 8pm, and Saprissa vs Pumas at 10pm ET.