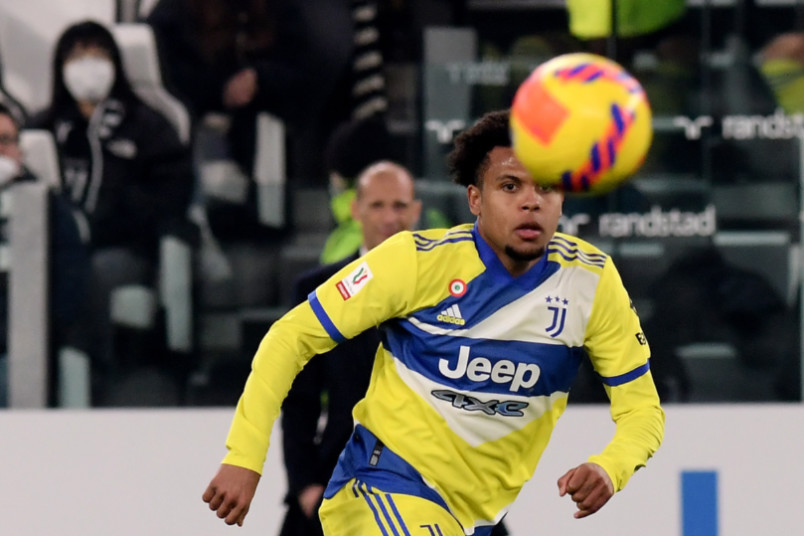 Friday’s soccer news starts in the Coppa Italia quarterfinals. Weston McKennie’s Juventus beat Sassuolo 2-1 at home to advance to the Coppa Italia semifinals. Paulo Dybala scored for Juventus in the 3rd with Sassuolo equalizing in the 24th. Sassuolo gave up an 88th minute own-goal. Juventus will play Fiorentina over two-legs starting on March 3.

“In the first-half the goal made us leave the game a bit and Sassuolo played well, until the moment of the draw,” Juventus coach Massimiliano Allegri said. “Then we started doing well again, and in the second-half we “woke up”…. With Sassuolo if you play a clean game you suffer, if instead you play on contrasts and try to dirty it up, the situation changes.”

Yunus Musah subbed on in the 75th minute of Valencia’s 1-1 draw at Athletic in the first-leg of their Copa del Rey semifinal series. Falling behind in the 37th, Valencia went a man down with a red card to Maxi Gomez in first-half stoppage time. Hugo Duro scored for Valencia in the 65th minute. The series concludes at Valencia on March 2.

“Valencia CF had a great game against a team that is in fantastic form, having just eliminated FC Barcelona and Real Madrid,” Valencia coach Jose Bordalas said. “We have the feeling that we could have come away with the victory if we had been awarded the penalty on Hugo Duro.”

“We are very happy with both goalkeepers,” Low said. “It’s a good, comfortable situation to have two goalkeepers like this. When Edou couldn’t be with the team, Kepa stepped up and brought big performances. Now Edou is back, he is fresh. Now he is fully involved in yesterday’s training and training later today. We are very happy he is healthy. He is in good shape with good experience behind him, and he is absolutely ready to play the game [if selected]. We have to take this decision tonight or latest tomorrow.”

Chelsea also announced on Friday that manager Thomas Tuchel is back after finishing out his COVID-19 isolation. ESPN’s James Olley talks to Christian Pulisic about playing for the USMNT. The Independent’s Miguel Delaney asks about the situation with the Club World Cup.

Saturday has the conclusion of the Club World Cup on FS2: Al Hilal vs Al Ahly in the 3rd-place game at 8am and Chelsea vs Palmeiras in the final at 11:30am. Premier League on NBC: Norwich City vs Manchester City at 12:30pm.

La Liga on ESPN Deportes: Cadiz vs Celta Vigo at 8am. Super Lig on beIN Sport: Giresunspor vs Fenerbahce at 8am. Serie A on CBS Sports: Lazio vs Bologna at 9am. Primeira Liga on GolTV: Braga vs Pacos de Ferreira at 10:30am and Benfica vs Santa Clara at 1pm. Ligue 1 on beIN Sport: Montpellier vs Lille at 11am and Lyon vs Nice at 3pm.

Liga MX on Telemundo: Chivas vs Tigres at 6pm. TUDN has San Luis vs Toluca at 6pm. Cruz Azul vs Necaxa is on Univision at 8pm. FS2 has Santos Laguna vs Club America at 10pm.

Sunday has the Premier League on Telemundo: Spurs vs Wolverhampton at 9am and Leicester City vs West Ham at 11:30am.

Ligue 1 on beIN Sport: Monaco vs Lorient at 7am, Clermont vs St Etienne at 9am, Lens vs Bordeaux at 11am, and Metz vs Marseille at 2:45pm. beIN en Espanol has Angers vs Strasbourg at 9am. Primeira Liga on GolTV: Famalicao vs Moreirense at 10:30am.

Liga MX on Univision: UNAM Pumas vs Leon at 1pm.

Monday has the Super Lig on beIN Sport: Adana Demirspor vs Besiktas at 12pm. Primeira Liga on GolTV: Arouca vs Maritimo at 3:15pm. All Times Eastern