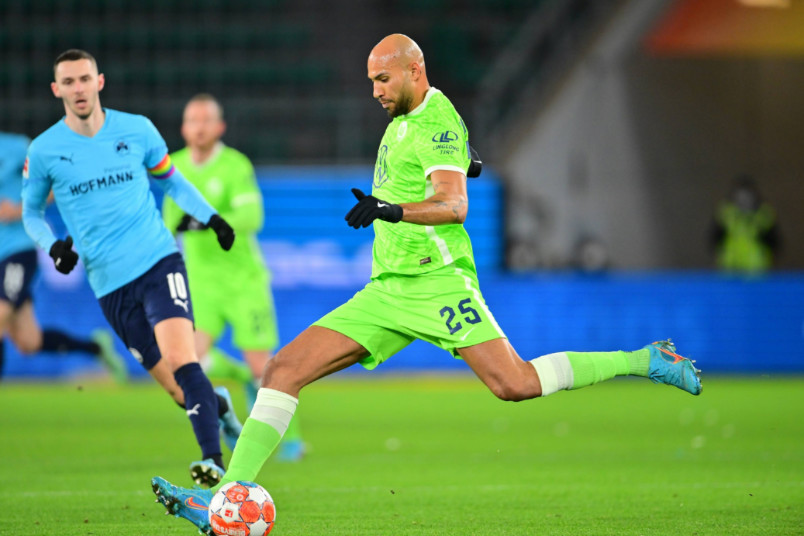 By Clemente Lisi – NEW YORK, NY (Mar 14, 2022) US Soccer Players – As the English like to say, the various domestic leagues across Europe are reaching the business end of the competition. As the long winter gives way to spring, there are plenty of trophies to win, table positions to climb, and relegation to avoid. The spring is the time when titles races heat up and clubs, even ones who can’t win a trophy, look to qualify for next season’s Champions League. As more Americans call Europe home, they’re getting playing time in some of the continent’s biggest leagues and tournaments.

There are currently 32 players in Europe’s top five domestic leagues, England, Germany, Spain, Italy, and France. That number increases to 51 if you count the second division teams from those countries. In addition, another 21 play in the Netherlands, Portugal, Belgium, Switzerland, and Scotland. In all, 11 Americans competed in the Champions League this season.

Many of these players are part of the National Team as it tries to qualify for this November’s World Cup. Others are looking to make a good impression in search of call-ups. Gregg Berhalter and his staff are past the point of taking player availability as a given. Several key members of his squad have missed significant time. The latest is Juventus midfielder Weston McKennie, having a great run of form only to succumb to a season-ending fractured metatarsal injury.

Here are five Americans to watch, from five different leagues, as the European club season winds down.

Currently third in the Premier League, Chelsea’s ownership issues now have the club dealing with government sanctions curtailing how they operate. As manager Thomas Tuchel has stressed in the two games since the sanctions, the playing squad continues to push forward as they try to defend their Champions League title. They take on Lille in the second-leg of their round of 16 series on Wednesday, leading 2-0. That match could pit Pulisic against his USMNT teammate Timothy Weah, further showing how viable American players have become in Europe.

Just 23, Pulisic has been a major contributor once again this season, playing in 26 games. He has scored five goals and added four assists in all competitions this season. That’s six goals away from his best season ever with Chelsea when he scored 11 in 2019-20. Should Chelsea advance in the Champions League and the FA Cup, that means more opportunities for Pulisic to add to those personal stats.

The 20-year-old right back started with AS Roma this season and moved over on loan in January to Belgian top-flight side KV Kortrijk. Reynolds struggled to get playing time in Serie A, where he only made one appearance this season and is looking to make an impact in the competitive Jupiler Pro League.

Kortrijk, currently in 11th-place, could still place high enough to qualify for the playoffs (places five to eight) to qualify for the Europa League. Reynolds has made seven league appearances and is in position to become a major contributor to the Kortrijk backline down the stretch.

The German-American is a veteran of the Bundesliga, and he will need to channel that experience to help 12th-place Wolfsburg get into the top half of the table. No longer competing in the Champions League, Brooks and his teammates will focus on the Bundesliga for the remainder of the season.

The talented center back has played in 28 games this season across all competitions, recording an assist in the process. Brooks has played so well that Wolfsburg had reportedly been in talks to offer the American a new contract. The club announced earlier this month that Brooks would be leaving at the end of this season.

The 21-year-old fullback burst onto the scene last season and he has proven to be a major contributor to Xavi’s rebuilding plans at Barcelona. Currently fifth in La Liga, Barcelona has had to adjust to the post-Lionel Messi era, but a bumpy start has led way to a renaissance.

Dest is a two-way player. He can play as a regular right back, but can also push forward to aid the attack. These attributes work well for this Barca side that remains in contention to win the Europa League. That could end up being a major piece of silverware for a team many had written off earlier this season. Dest has made 26 appearances thus far in all competitions, adding three assists in the process.

The forward has been one of the best Americans to play in Ligue 1 in recent years. He helped Lille win the league title last season, but now the club finds itself in 6th-place and down two goals to Chelsea in the Champions League.

Weah, who has 26 appearances in all competitions, will look to contribute as Lille looks to fight for a top six finish. Although he has four assists, Weah has yet to score this season. Despite suffering some injuries in the first half of the season, the 22-year-old winger is now in top form and prepared to make a strong finish in domestic competition and Europe.