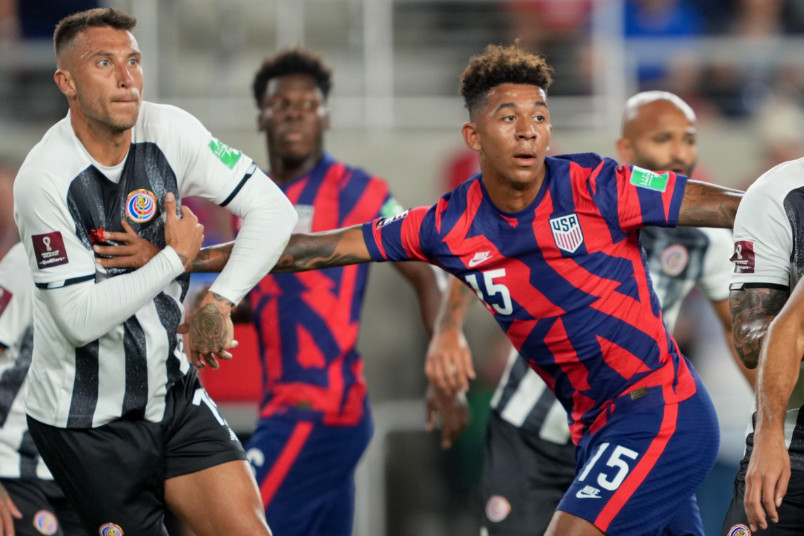 Thursday’s soccer news starts with Concacaf once again open for business in World Cup qualifying. While the focus is on what happens between Mexico and the USMNT at Estadio Azteca, all but one of the qualification scenarios require interest in the other games. That’s Canada officially making the 2022 World Cup field by beating Costa Rica in San Jose. Costa Rica lost 1-0 to Mexico and drew 1-1 with Jamaica over consecutive home games to close out the September window. In the January/February window, they beat Honduras 2-1 and Panama 1-0 at home before drawing 0-0 at Mexico.

While Canada’s run at the top of the table is the story of the Octagonal, Costa Rica is the team staging a comeback. They enter the final window a point out of 4th-place and the playoff spot facing Canada, then at El Salvador, and finishing with a home game against the United States. That’s two opportunities against teams ahead of them in the Octagonal table.

Should Costa Rica end Canada’s undefeated run in qualifying and there’s a winner at the Azteca later tonight, it shifts the focus to Sunday at El Salvador. That’s another scenario that hasn’t been all that easy, though there’s a difference playing a team early in qualifying. El Salvador is barely in contention for 4th-place now, with the churn of games likely to see them eliminated on Thursday. Still, this is a team that has kept games interesting.

Costa Rica has not lost by more than a goal in qualifying or scored more than twice in any of their games. Giving up the majority of possession or shots, they play an economized version of a counterattacking game that is now familiar across the region. What Costa Rica has done is play it better, putting them in their current situation where grabbing an automatic qualifying spot isn’t out of the question.

It could be difficult to take much from what Canada does with their away date at the Estadio Nacional. Regardless of the result, Canada is succeeding with a style that doesn’t lend itself to that many like-for-like comparisons. Forcing the other team to adjust home and away is key to what Canada is getting right over the Octagonal. If Costa Rica plays their way around that, it may not mean as much for what they do against the United States in the final matchday.

What any program takes from the Octagonal is going to need serious consideration. This has been a unique qualifying cycle of closer than expected games, emerging teams, and specific tactical responses. What works in Concacaf may not mean much against the rest of the world in a way that the teams that qualify will have no choice but to address. Right now, Concacaf pragmatism will likely get its reward.

ESPN2 has the France vs Ivory Coast friendly at 4:15pm ET.