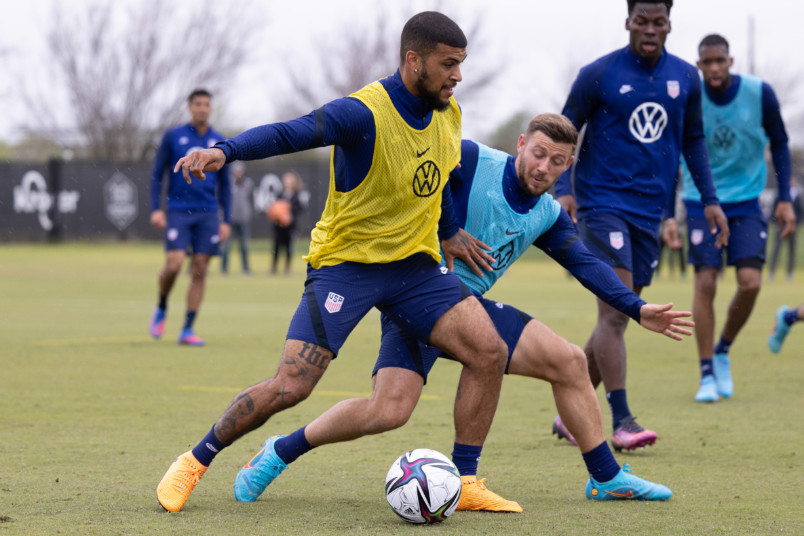 Tuesday’s soccer news starts with the USMNT training in Houston in advance of a quick trip to Mexico City. The technical staff’s solution for one of Mexico’s advantages is not to spend much time at altitude. Instead, arriving the day before the game should, in theory, limit the impact of playing 7350 feet above sea level. As for the other environmental factors, it’s the same for every team that visits Estadio Azteca.

Mexico started the final round of Concacaf World Cup qualifying at home against Jamaica, winning 2-1 in an empty stadium due to offensive chanting in previous games. Jamaica’s issues eventually presented themselves, a combination of player availability and tough results. Mexico needed an 89th minute goal to win their opener, finishing the rest of September on the road.

Back at Azteca for two games in the October window, El Tri drew 1-1 with Canada in front of over 61,000 fans. Canada was still somewhat of an unknown in the final round in October, but taking a point at the USMNT in September and another at Azteca sent a clear message. In the second home game of the window, Mexico dominated Honduras, who played most of the second-half a man down, 3-1.

Mexico didn’t get another home game until January 30, drawing 0-0 with Costa Rica. Finishing with one shot on goal from 25 taken, Mexico once again faced the backlash of not taking full advantage at home. Shutting out Panama 1-0 at Azteca in their next game relied on an 80th minute penalty, once again calling the Mexico attack into question. Both of those games played out in front of announced crowds of 2000, taking away the noise advantage.

The crowds return for the USA game on Thursday, with Mexico looking to show that what they’ve missed at Azteca will make a difference now. What has happened to Mexico in the Octagonal should resonate across Concacaf. Due to pandemic restrictions, Jamaica has played its entire home schedule behind closed doors with Panama joining them in the last window. All teams have struggled with player availability and injuries with star players missing games and changing the scope of qualifying.

In the last Concacaf World Cup qualifying cycle before World Cup expansion, we’ve already seen something quite different from the Hexagonal. This is about squad and environment management as much as it is putting out a top lineup and expecting results. With that, not only comes a different set of expectations but a difference in scope that may have very little to with what happens later this year in Qatar.

MLSsoccer’s Charles Boehm looks at what the USMNT faces in their three-game qualifying finale. AP’s Graham Dunbar explains the procedure for the World Cup draw. ESPN’s Cesar Hernandez on the potential for player development in the USL Championship.