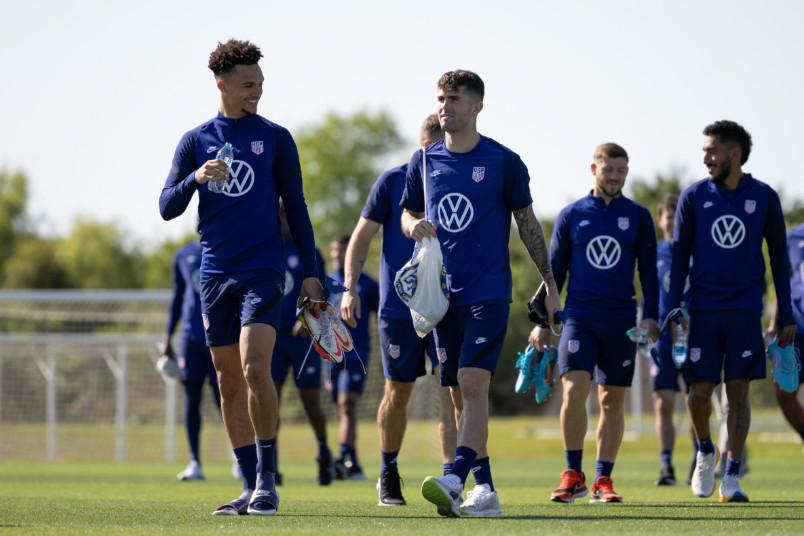 Wednesday’s soccer news starts with the USMNT on the road at Costa Rica (9pm ET – CBS Sports) trying to successfully close out Concacaf World Cup qualifying. Costa Rica would need to win by six goals to move from the playoff spot to an automatic qualifying place. That’s how much the USMNT helped itself with the 5-1 home win over Panama. Goal difference in hand, the United States would still like to make that irrelevant at Estadio Nacional.

While it’s associated with their former home stadium and its artificial turf, Costa Rica’s advantage wasn’t as noticeable early in the Octagonal. They opened their home qualifying schedule with a 1-0 loss to Mexico and a 1-1 draw with Jamaica in September. Regular service returned, with Costa Rica using their home form to push past Panama into 4th-place and the playoff spot.

Highlighting that home form was the 1-0 win over Canada to open this window. Canada played a man down from the 34th, changing the scope of the game. While Canada held 68% of possession, Costa Rica had the first-half stoppage-time goal and the ability to keep Canada out over the final 45 minutes.

It’s a different scenario against the USMNT. Costa Rica hasn’t scored more than two goals in any of their World Cup qualifiers. Suddenly unlocking its offense against one of the best teams in the region on the final matchday is quite the ask. It also should create opportunities for the USMNT.

Costa Rica has no choice but to press early and often. There’s no tactical choice here. Playing for counterattacks means giving up the initial attack. That’s not likely to play out well, given how in sync the USMNT has been over the last two games. While the goals didn’t fall at Mexico, the Panama game showed how decisive the squad can be.

The USMNT’s tactical approach against Panama worked because the players in key roles took full advantage. What led to the first Christian Pulisic penalty and the goals from Paul Arriola and Jesus Ferreria was a display of how strategic ideas come together. Whatever Panama had planned, the USMNT attacking options took care of that by the 27th minute.

What that creates is the expectation of a USA result at Costa Rica. That’s always been a rarity, but the Octagonal is different. We’re saying goodbye to Concacaf qualifying as we barely knew it later tonight. The expectation is that the United States does the work at Costa Rica.

MLSsoccer’s Charles Boehm reports on the USMNT in Costa Rica. USA Today’s Nancy Armour explains the situation for the United States. ESPN’s Kyle Bonagura with a young USMNT squad set to get the job done. The Washington Post’s Steven Goff previews Costa Rica vs USMNT. The LA Times’ Kevin Baxter has the USMNT well aware that they need a performance at Costa Rica. The Philadelphia Inquirer’s Jonathan Tannenwald looks back at USMNT qualifiers in Costa Rica. AP’s Graham Dunbar on Friday’s World Cup draw without the full field decided. Football Italia’s Lorenzo Bettoni relays some of the fan response to Fiorentina’s new logo.