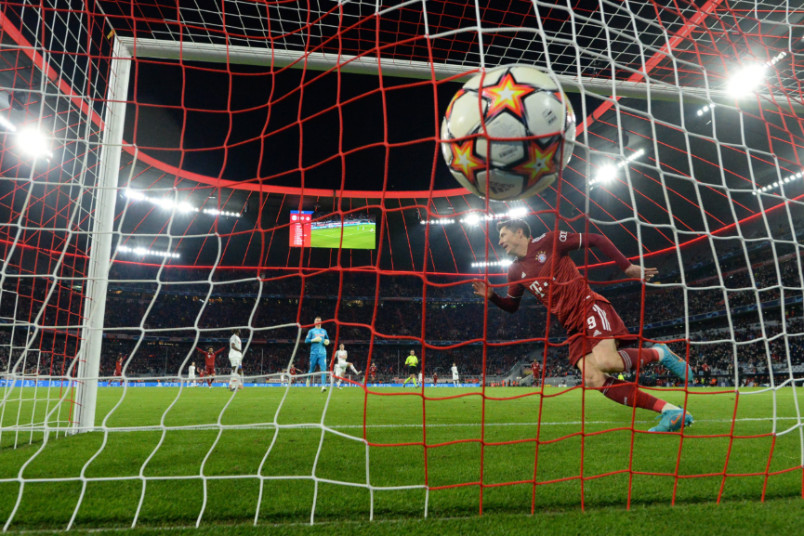 The soccer news starts with Red Bull Salzburg exiting the Champions League in the round of 16. Brenden Aaronson’s club lost 7-1 at Bayern Munich, 8-2 on aggregate in a second-leg that got away from them quickly. Bayern’s Robert Lewandowski converted penalties in the 12th and 21st, finishing off his hat-trick with a 23rd minute goal. It was 4-0 Bayern in the 31st, adding a goal in the 54th. Aaronson assisted on Maurits Kjaergaard’s goal in the 70th, but it was Bayern scoring in the 83rd and 85th minutes.

“It was a really horrible evening and we are hugely disappointed, of course,” Red Bull coach Matthias Jaissle said. “A few other teams have come here and got a battering, and it happened to us a bit too. We are hugely disappointed, of course. We didn’t manage to build on the first leg and perform as we can. We still feel proud, though, for being the youngest team to make the last 16, and nothing can take that away from the boys. Not even a night like this.”

Antonee Robinson and Tim Ream’s Fulham won 5-1 at Swansea City in the Championship. Playing a man up from the 42nd, Aleksandar Mitrovic opened the scoring in the 46th and an own-goal doubled the Fulham lead in the 52nd. Fulham’s Bobby Reid scored in the 73rd with Swansea City pulling a goal back in the 75th. Neco Williams responded for Fulham with goals in the 77th and 85th minutes.

Both MLS teams took leads in the Concacaf Champions League quarterfinals, starting with NYCFC’s 3-1 home win over Comunicaciones. Playing at Rentschler Field in Connecticut, Valentin Castellanos scored for NYCFC in the 29th. Comunicaciones equalized in the 60th, but Maxi Moralez had NYCFC back in front in the 65th. Santiago Rodriguez added a New York goal in the 71st minute.

“It was even in the start of the game and then I think we had better control,” NYCFC coach Ronnie Deila said. “We created a lot of chances and scored three goals. We got a good result to take with us to Guatemala, but it’s only halftime, there’s still a lot of work to do to get through to this semifinal.”

Seattle has a 3-0 lead over Leon, taking the first-leg at home. Fredy Montero opened the scoring from the penalty spot in the 31st, doubling the lead in the 39th. Jordan Morris finished off the goals in the 90th minute and Stefan Frei kept the clean sheet with one save.

Europa League on TUDN: Sevilla vs West Ham at 12:45pm and Barcelona vs Galatasaray at 3pm. Galavision has Braga vs Monaco at 3pm. Copa Sudamericana on beIN Sport: Union Espanola vs Antofagasta at 5:15pm. beIN en Espanol has Hermanos Colmenarez vs Deportivo La Guaira at 5:15pm. Copa Libertadores on beIN Sport: Universidad Catolica vs The Strongest at 7:30pm ET.