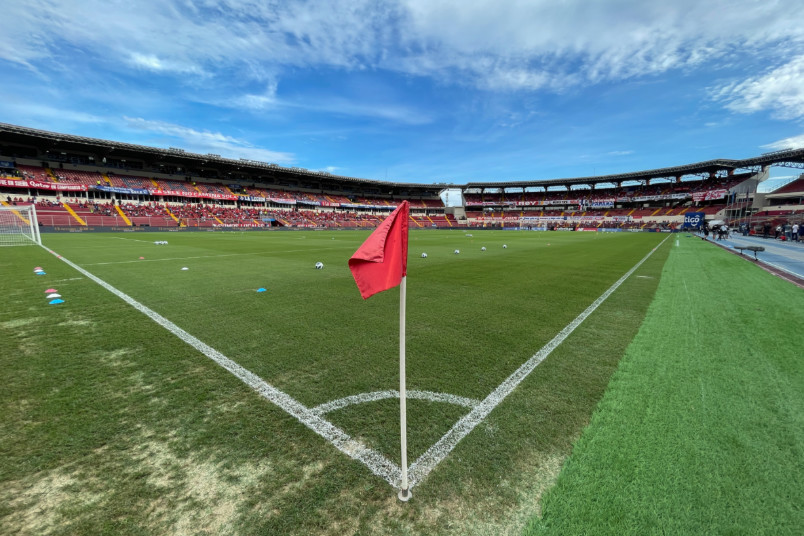 By Jason Davis – WASHINGTON, DC (Mar 23, 2022) US Soccer Players – Concacaf World Cup qualifying enters its final act on Thursday. It’s the first of three matchdays to finish off a schedule that began last September. While the pandemic meant eight teams instead of six and a shorter window, the process has still seemed long, hectic, and stressful. That’s business as usual in the region, regardless of the number of matchdays.

Teams who started in September with hopes of making a surprise run to the World Cup had their dreams crushed before the final round of games even arrived. For one nation, qualifying has been a coming-out party with transformative possibilities. Regular contenders for spots in the 32-team World Cup field have found that getting there is more complicated and frustrating.

March begins with nothing decided. Thursday night might bring some clarity, or it could set up a dramatic round of matches Sunday. No one involved wants to leave it to the final day, stressing the importance of getting points now. The highest-profile game of the round is Mexico’s home date against the United States, but two of the region’s other three games are just as important to the standings.

All eight teams must balance the challenge posed by yet another three-game window over seven days. Only Honduras and Jamaica are officially out of the running to make the World Cup field. Honduras is the only team in the region without a victory in qualifying. They’ll enter the final window of games hoping to salvage some pride and maybe remind the region that they were a Nations league semifinalist. The Reggae Boyz have seven points from 11 games. They can’t make up the gap on 4th-place Pamana even with a perfect window.

Jamaica’s home date with El Salvador is important for the visitors, trying to stave off elimination. Jamaica will be without star striker Michail Antonio, not called into the squad for the March games. Born in England, Antonio is one of several dual-nationals choosing Jamaica. That should eventually change the scope of the program. Paul Hall stepped in as the interim head coach in December with the task of saving the qualifying campaign, only to see Jamaica eliminated by Costa Rica in Kingston on February 2.

Now, it’s Jamaica’s turn to try and play spoiler with a group that includes Aston Villa winger Leon Bailey, Derby County defender Ravel Morrison, and Queens Park Rangers attacker Andre Gray. Jamaica is at its best capitalizing on turnovers. That’s something El Salvador has to take into account at the National Stadium on Thursday night. El Salvador head coach Hugo Perez, a man who represented the United States at the 1994 World Cup, earned praise for the strides taken by his team through qualifying.

Though El Salvador is likely to come up short of a top-four spot, Perez deepened the player pool, gave young players vital experience, and brought a new positive spirit to the team. They’ll be desperate in Jamaica. With any hope of catching Panama on the line, they will need to throw numbers forward and try to overwhelm the Reggae Boyz. The lack of goals for Perez’s team has been an issue throughout qualifying. Without a clear fix, a full-out assault might be the only option.

El Salvador’s slim hopes depend on Panama’s fortunes against Honduras. Panama currently sits in 4th-place in the standings. They need a home win to ensure a lead over 5th-place Costa Rica going into the second match of the window. A draw would ratchet up the anxiety, particularly if Costa Rica closes the gap.

Everything is lined up for Panama to take care of business against Honduras. With Honduras without a win in qualifying, Pamana has no excuse for dropping points at home. Panama boasts two of the region’s top goalscorers in qualifying, Rolando Blackburn and Cecilio Waterman, who each have three goals in 11 games. That total is good enough for a tie for second behind Jonathan David and Cyle Larin of Canada.

Panama can’t secure a top-four spot with a win over Honduras, but it can stay ahead of Costa Rica and put heat on the US and Mexico pending their result. Like so many Concacaf World Cup qualifiers, the expectation is a physical game that turns on one or two key moments. Everybody already knows how tough Panama is at home.

It’s the matchup between the first-place team in the Octagonal and the fifth-place team that could have the biggest impact across the region on Thursday. Canada arrives in San Jose, Costa Rica on the precipice of qualifying for its first World Cup in 36 years. They’re already guaranteed a top-four finish. A single point at Costa Rica would virtually ensure a place in Qatar. A win will book their place regardless of results elsewhere.

Canada is without Alphonso Davies, back in training with his club side after recovering from a Covid-related heat issue. Without him, Canada rattled off three wins in January and February and arrives at the final hurdle with plenty of momentum.

The pressure is on Costa Rica. Their run of World Cup qualifications will end at two without something from this crucial home match, making the fact that San Jose’s National Stadium will be at full capacity a massive boost for the home side. Despite an aging core, Costa Rica remains a dangerous team with the experience necessary to pull out a shock run to Qatar.

The Ticos still have Keylor Navas, one of the best goalkeepers in the world. He might not be able to take them back to the World Cup on his own, but he’s certainly capable of helping them make it to Sunday with qualification still on the line.