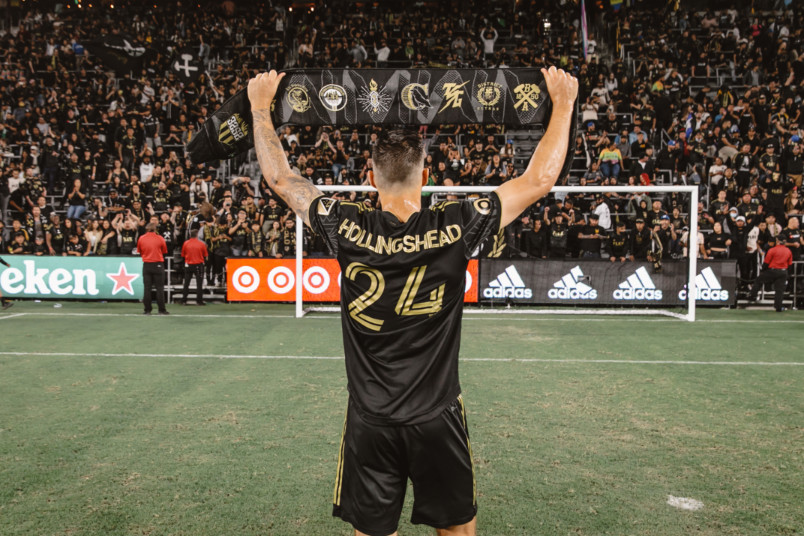 Monday’s soccer news starts with the top of the Western Conference with three teams undefeated. LAFC and Real Salt Lake both have 10 points with LAFC ahead on a tiebreaker. 3rd-place Minnesota is on eight points, trading a win for a loss. That none of them are on a dozen points might resonate more if it wasn’t the same situation at the top of the Eastern Conference. MLS remains a week-by-week league where upsets regularly happen and then happen all over again.

LAFC’s return to form under new coach Steve Cherundolo isn’t exactly surprising. They have the pieces for one of the best offenses in the league. Only 4th-place Austin has more goals, 11 to 9, with Columbus slotting in with ten across the league. That speaks to what we already knew about LA at full strength, something that hasn’t been the situation in a long time.

“Two elements of the game tonight that we were not ecstatic with were in the first-half,” LAFC coach Steve Cherundolo said following Sunday’s 3-1 home win over Vancouver. “Our ball movement was a little slower than we wanted. We wanted to move the ball quickly and laterally first, and then expose them deep in some pockets and channels. We were not able to do that, and we let the guys know at half time. There was also a little bit of concentrated moments on set pieces, which we were disappointed in. Again, we lost a little focus in those moments, but other than that our build up, our reaction, counter press and offensive pieces worked really well.”

Real Salt Lake has shutout Seattle 1-0 at home, won in the snow in New England, and stressed the point that they’ll make every game difficult. We’re supposed to think of RSL as a team that the statistics don’t necessarily flatter. That wasn’t the case against Seattle where they took twice as many shots or against the Revs when they did a better job adjusting.

“So when you talk about culture, it’s something that needs to be sustainable for us,” Salt Lake coach Pablo Mastroeni said following the 2-1 home win over Nashville. “From my perspective, all the soccer stuff aside, if you don’t have the right character and mentality, then we wouldn’t have the chance. It’s a game that is unforgiving, and you have to earn the right in these games. I can go through a list of things we didn’t have, but I’ll tell you what we did have: character and mentality.”

Minnesota United’s two draws came at Philadelphia and home to Nashville, both 1-1 and both explainable in context. Philadelphia at the top of the Eastern Conference isn’t a surprise. Nobody expects Nashville to spend considerable time outside of the playoff places. Meanwhile, United’s 1-0 home win over San Jose may not tell us much of anything.

United’s 1-0 win at the Red Bulls a week ago saw them take the points against a team that outshot them 19 to 5 and put 8 of those on goal to Minnesota’s two. All credit for taking advantage of opportunities, but both teams should’ve left that game wondering what happened. Meanwhile, San Jose’s offense stalled on Saturday, putting no shots on goal from six taken.

“I said before the game that that point away at Philly, you look at their last three results and see how they are doing, that’s a big performance and I knew it was….,” Minnesota coach Adrian Heath said following the Saturday’s win over San Jose. “I would have rather taken eight from four, obviously away games at Philly and Red Bulls. It’s been a good start. I still, being as greedy as I am, I still don’t think we’ve put our real top notch 90 minutes together yet.”

That’s the situation for teams up and down the table, already wondering what happens when the team they think they have shows up. Early returns are always just that, but we’re already seeing the teams that can get a result while pointing to more.