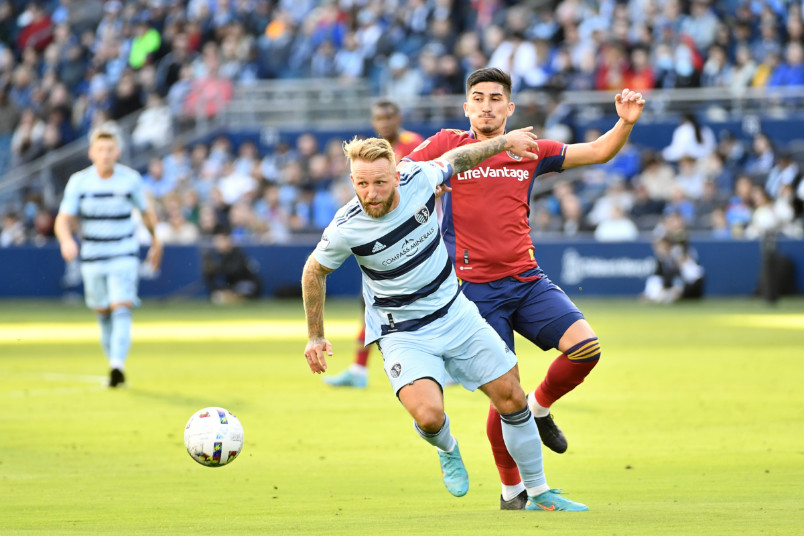 By Clemente Lisi – NEW YORK, NY (Mar 28, 2022) US Soccer Players – It’s just a month into the MLS season, and narratives are already beginning to emerge. In a league known for not exactly being predictable week-to-week, the expectation is that it takes time for the season to come into focus. The initial weeks are normally about teams trying to make some obvious points, but plenty fade as the matchdays pile up. Early on, it’s about getting enough right that a team can continue to build. Establish that through the middle of the season and hope to use it to push into the playoffs.

This formula may sound simple, but it’s not easy to execute. Players get hurt, teams go on losing streaks, and star signings don’t pan out. While everyone’s attention has been on the USMNT over the past few days as they look to qualify for Qatar 2022, MLS continues to roll forward with three games this past weekend. Just a month into the MLS season, here’s a look at three trends that have emerged and what we can expect going forward.

Is New England built just for the regular season?

The Revolution won the Supporters’ Shield last season in electric style, but fizzled in the playoffs. In the Concacaf Champions League earlier this month, the Revs were bounced out of the quarterfinals against Liga MX club UNAM Pumas. Those two performances may mean Bruce Arena has built a team for the long haul of the regular season and not necessarily for do-or-die elimination games.

New England is in 11th-place heading into this weekend after splitting focus with the CCL. Now that they’re out of the Champions League, Arena will need to galvanize this group. That includes newcomers Jozy Altidore and Sebastian Lletget as he tries to replicate last year’s regular season magic. There’s still plenty of time to amass wins and climb the standings in an effort to make the postseason. The real question mark is what this team can accomplish should New England make the playoffs.

“Anyone can come up with a passing exercise, make up a training exercise,” Arena told The Boston Globe. “But to see how all the pieces fit is a skill. And the psychological part, managing players is important, as well.”

Given his form, it’s still worth asking why El Tri didn’t attempt to mend things with LAFC striker Carlos Vela. At 33 years-old, he already has four goals in as many games this season. The big question has been about staying healthy, but staying in the league is also a concern this season. Reports have Vela’s contract up in June, potentially limiting his involvement with LAFC.

“You know how sports are. It’s a business too,” Vela told The Los Angeles Times. “Who knows where I can be in six months? So I live in the present.”

Vela’s strong start comes after he missed half of last season due to a hamstring injury, where he only featured in 15 regular season matches. While he’s been one of the best players in the league since LAFC signed him in 2018, but this could be his best year. Vela will have competition, including from Atlanta United’s Josef Martinez, Seattle Sounders FC’s Raul and Ruidiaz, and countryman and Los Angeles Galaxy star Javier “Chicharito” Hernandez.

Sporting KC is in 8th-place in the Western Conference following a 1-0 win against Real Salt Lake. It marked the team’s second win of the season, prompting some to speculate that Sporting, a perennial MLS Cup contender, could be in for an uphill ride this year.

Team captain Johnny Russell, who was coming off a hamstring injury, scored his first goal of the season against RSL in the 81st minute. They’ll need plenty from him this season. Sporting has had injury problems already, losing three of their four games to start the season. Coach Peter Vermes knows how to get the most out of his players and has veteran goalkeeper Tim Melia and DP striker Alan Pulido to get the job done.