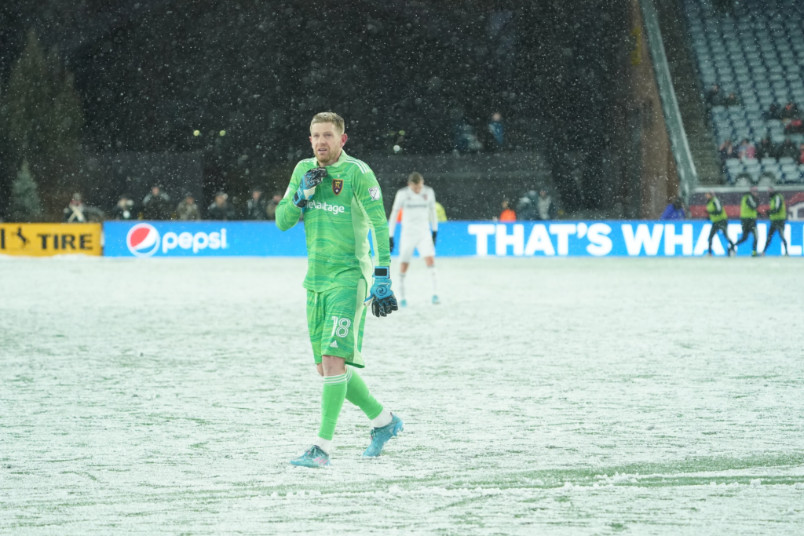 Not in that group was the second-to-last team left standing in the Western Conference in 2021. Real Salt Lake was 90 minutes away from reaching MLS Cup 2021, but plenty of pundits apparently saw that as a fluke. Reaching the playoffs and making a run didn’t increase expectations. Instead, Salt Lake fell into the same group as the likes of San Jose, FC Dallas, and Houston. All teams with major problems needing everything to go right just to have a chance at succeeding.

The lessons learned about Real Salt Lake last season didn’t carry over. RSL did not just luck into a playoff spot and two postseason victories a year ago. That much is evident one month into the 2022 season.

A month in, no team in the league has more points than Real Salt Lake’s 10. LAFC and Philadelphia have the same, but RSL’s path has been much more difficult. They’ve beaten New England, Nashville and Seattle this season, all considered legit contenders for 2022. What that already means is that Real Salt Lake is here to stay.

Seemingly every year, RSL is lightly regarded during the preseason. Somehow, they undo those expectations, finishing strong but not getting enough credit. Certainly that was the case a year ago. It will likely take clear dominance for them to break into the group of teams normally slotted in at or near the top of the conference every season.

Now, this offseason was not a great one for RSL. The team lost star midfielder Albert Rusnak to free agency. Rusnak had 41 goals and 39 assists from 2017-2021 and left a gaping hole in RSL’s midfield after bolting for the club’s Western Conference rival. The only player move RSL made was to bring in Sergio Cordova from FC Augsburg on loan.

The club’s other significant move was more of a formality. They gave interim coach Pablo Mastroeni the full-time job. Mastroeni earned his keep a year ago in helping stabilize a team in flux. RSL was hovering near the middle of the Western Conference table when coach Fredy Juarez abruptly left his position at RSL to become an assistant coach with the Sounders. Mastroeni jumped at another chance to coach an MLS club, moving RSL in the right direction. He led RSL to an 8-8-1 record down the stretch, a mark that while not eye-popping was rather remarkable given the situation.

Mastroeni’s real magic came in the regular-season finale and the first two playoff games. RSL needed, at a minimum, a victory to close out the regular season. They got a late goal to beat Sporting KC 1-0 and sneaked into the playoffs as the 7th and final seed. RSL then upset Seattle and toppled Sporting KC once more before the magic ran out.

Mastroeni has picked up where he left off to start the 2022 season. RSL is beating teams it is not supposed to. Their win at New England was a testament to that. New England was coming off the best regular season in MLS history and a 3-0 Concacaf Champions League win over Liga MX side Pumas UNAM at home. Playing in a snowstorm, New England led 2-0 with 13 minutes to go. Real Salt Lake came back with two goals before the 90-minute mark. Three minutes into stoppage time, Tate Schmitt bagged the game-winner.

Schmitt, a homegrown defender, is tied for the team lead in goals with Bobby Wood at two each. Damir Kreilach, who had 16 goals a year ago, has played just one game this season due to a calf injury, and that was the season-opening scoreless draw at Houston. They’re now finding other ways to generate offense.

Even though there will be plenty of international games upcoming, RSL will be plugging right along. They play at Sporting Kansas City on Saturday. If form holds, it’s Real Salt Lake that should expect to keep their streak going. Perhaps that will be enough, racking up 13 points in the first five wins of the season, to make their status clear. Then again, some may choose to focus on preseason contenders’ shortcomings instead of what is going right with Real Salt Lake.

Maybe RSL wants it that way. Being overlooked may be part of what’s gotten the team this far. It certainly helped them with motivation during last season’s playoff run. That was supposed to be about Seattle and Sporting Kansas City, but ultimately it was the 4th-seed playing 7th-seed Salt Lake for the spot in MLS Cup.

Again, one would think that would be enough. Slot in Real Salt Lake in at least a playoff position and expect them to surprise a few of those seemingly stronger clubs. Instead, it’s already RSL as a surprise in the Western Conference, sitting in 2nd-place on a tiebreaker going into week 5. That could be the situation for the rest of the regular season, feigning shock when they take a playoff spot and once again disrupt the field. Then we can do this all over again in 2023.