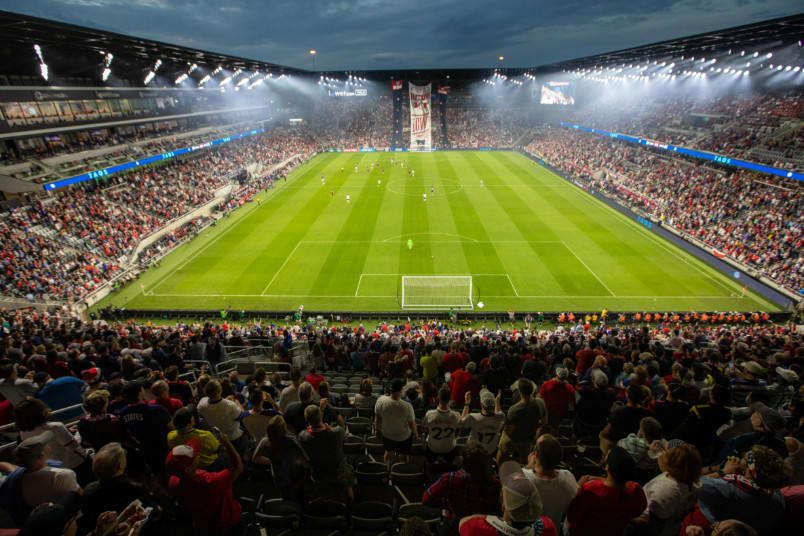 Wednesday’s soccer news starts with US Soccer announcing that Turner Sports will be their English-language television outlet starting in 2023 and running through 2030. US Soccer hasn’t announced a deal for Spanish-language rights. For the USMNT, the Federation controls the broadcast rights for home World Cup qualifiers and friendlies.

“This is a significant milestone for Turner Sports and WarnerMedia, further demonstrating our commitment to the distribution of premium live sports content on HBO Max, while simultaneously fueling our leading entertainment networks, digital and social assets,” Turner Sports president Lenny Daniels said in the press release. “We’re excited to spotlight one of the most popular Women’s teams in the world, along with an ascending Men’s National Team, over the eight years of this agreement.”

In the Philadelphia Inquirer, Jonathan Tannenwald reports on the specifics of the deal. For the current World Cup cycle, qualifiers have been split between ESPN and Fox for home games and CBS Sports for away games. Fox has the World Cup rights for the 2022 and 2026 World Cups.

Moving to the soccer scores, Jordan Pefok subbed out in the 61st minute of Young Boys’ 1-0 loss at Servette in the Swiss Super League. Servette scored in the 3rd minute. Zack Steffen wasn’t in the squad for Manchester City’s 2-0 FA Cup win at Peterborough United. Riyad Mahrez scored in the 60th minute and Jack Grealish doubled the lead in the 67th. Manchester City advances to the quarterfinals with the draw set for Thursday.

“We are in the next round and in the end, the quality of our players made the difference,” Manchester City manager Pep Guardiola said. “They were brilliant goals. The quality of Riyad and the second goal the same. It was good. We created chances. All of them were brilliant.”

USMNT and Wolfsburg defender John Brooks will play for a new club next season. “I’d like to thank the VfL Wolfsburg management for their honest discussions, but I’ve decided to take on a new challenge once again,” Brooks said in a statement on Wolfsburg’s official site. “I’ve had the opportunity to play football at a high level for five years and it’s obviously not easy for me to leave after such a long time. I wish the team and the entire club all the best and will give my all for VfL until my last game.”