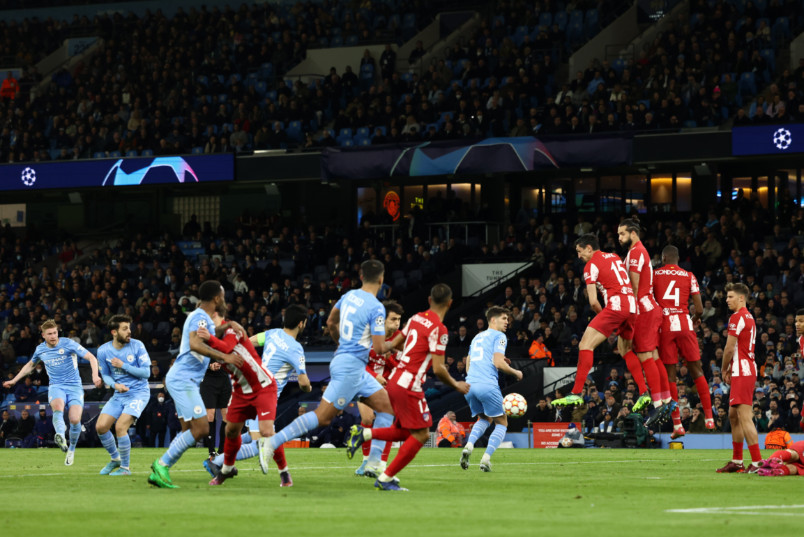 Wednesday’s soccer news starts with the opening legs of the UEFA Champions League quarterfinals. Zack Steffen was on the bench for Manchester City, taking a 1-0 lead in their series with Atletico Madrid. Kevin De Bruyne scored City’s goal in the 70th minute, while Atletico wasn’t credited with any shots at the Etihad Stadium. The series concludes in Madrid on April 13.

“A good performance against an extraordinary team that manages to unite lots of world-class footballers into a superb unit,” Atletico Madrid coach Diego Simeone said. “We wanted to defend well, squeeze spaces and hit them on the counterattack. Just when we looked like creating our best opportunities, they scored.”

Moving to the Concacaf Champions League semifinal first-legs, UNAM Pumas took a 2-1 lead over Cruz Azul at the Estadio Olimpico Universitario. Juan Ignacio Dinenno scored for Pumas in the 37th and first-half stoppage time. Cruz Azul’s Christian Tabo pulled a goal back in the 83rd. Concacaf uses away goals as the first tiebreaker.

Seattle hosts NYCFC later tonight on the other side of the bracket. The Sounders won 2-1 at Minnesota on Saturday, their second win of the season. Seattle is in 9th-place in the Western Conference. NYCFC lost 2-1 at Toronto, sitting in 11th-place in the East.

“We laid in everything we possibly could so we could take a shot at Champions League,” Seattle GM Garth Lagerwey told his club’s official site. “We’ve made that priority and that commitment, and now we have to carry it through,” he added. “Opportunities are nice and they’re fun to write about and talk about, but that’s all they are: opportunities. You have to take advantage of them. You’ve gotta go do it.”

NYCFC coach Ronny Deila stressed getting his team to focus on the game ahead of them. “Maybe we are too motivated,” he said. “Again, we must enjoy the moment, enjoy that we are here. There’s a lot of teams sitting at home not here. We are here because we have been good. We have to understand that we get the best performance when we attack the moment and see what we get instead of thinking too much.”

Europa League on TUDN: RB Leipzig vs Atalanta at 12:45pm and Eintracht vs Barcelona at 3pm. Galavision has West Ham vs Lyon at 3pm. Copa Libertadores on beIN Sport: Fortaleza vs Colo Colo at 6pm, Estudiantes vs Velez Sarsfield at 8pm, and The Strongest vs Libertad at 10pm. Liga MX on TUDN: Pachuca vs Tigres at 8pm and Atlas vs Necaxa at 10pm ET.