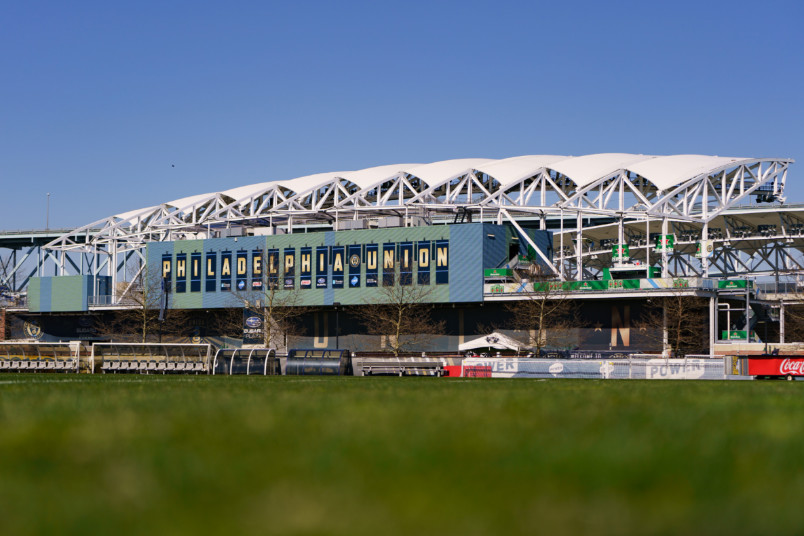 Philadelphia’s success is most often attributed to its smart, team-focused approach and the achievements of its academy. The Union recruits players that fit its system and squeezes the most out of the dollars spent on salaries and transfers fees. It also empowers young players indoctrinated into its style of play by its academy to fill significant roles in its first team. In other words, the Union’s rise to the top of MLS came with a high degree of difficulty.

Philadelphia’s unbeaten start does have a few caveats. The Union’s early-season schedule has been kind to Curtin and his team, with both San Jose (the only winless team remaining in the league) and Charlotte FC (the lone expansion entry this season) among its victories.

To say San Jose is in disarray would be a massive understatement. The Quakes’ soccer has been so bad that even the Union’s simple 2-0 win back on March 12 looks unimpressive in retrospect. Philadelphia’s handling of Charlotte is something of the opposite, however. The expansion team has surprised in the early going. That makes the Union’s 2-0 on March 12 a bigger credit to the club than some thought at the time.

Philadelphia has also beaten Columbus, a talented but inconsistent team so far, and NYCFC, the defending MLS Cup champions. Those are “good wins” that speak to the Union’s quality. The Union can only play the team in front of it, good or bad. Other teams with schedules of similar strength have already fallen at least once. Philadelphia only took the title of last unbeaten last week when LAFC lost in Carson to the Galaxy.

LAFC’s record is impressive but includes a few wins over some poor teams. The club’s only loss came in a highly charged rivalry game away from home. That’s not an excuse, but it is context.

The good start doesn’t guarantee the Union anything, but it is worth highlighting. The last unbeaten doesn’t win a trophy, though the feat usually does indicate the club will be a contender for one or more trophies later in the year. Excepting the weird 2020 campaign, the last unbeaten team in recent seasons has been the Seattle Sounders.

In 2019, the Sounders claimed the last unbeaten team title for a few days after two other unbeaten clubs lost just ahead of their trip to play LAFC at Banc of California Stadium in late April. Seattle fell to LAFC 4-1. Seattle would go on to finish second in the West behind record-setting LAFC before winning at Banc of California Stadium in the Western Conference final and at lifting the MLS Cup at home against Toronto FC.

In 2021 there was no argument necessary, but the title of the last unbeaten team didn’t convey the same good fortune to the Sounders. Seattle outlasted every other club in the league by weeks on their way to a record 13-game unbeaten run to start the season. During the run, the Sounders took 29 of a possible 39 points, outscored opponents 23 to eight, and charged out to a five-point lead in the Western Conference. It all promised big things for the end of the season, like a Supporters’ Shield and another MLS Cup title.

The club got neither. New England’s irresistible run through the less competitive Eastern Conference made the Supporters’ Shield task impossible. Seattle’s push to the top spot in its conference came down to the final day when the Sounders drew with the Galaxy while Colorado beat LAFC. The Rapids claimed 1st-place. When the playoffs came, the chaos of the postseason wrecked the chance at another MLS Cup. Real Salt Lake ousted Seattle.

Winning is better than drawing, and drawing is better than losing. Being “unbeaten” in soccer can flatter to deceive if the winning doesn’t far outweigh the drawing. Clubs that are competent enough to be in every game but struggle to earn wins often find themselves settling for low seeds come playoff time. So far, that’s not the Union’s story. The club’s undefeated record through six games shows Philadelphia knows how to win. There’s a long way to go for the Union to catch the Sounders’ incredible 13-game unbeaten record.

What standing alone as the final unbeaten team in MLS gives the Union is intangible. The Union’s start is a matter of building more confidence for a club that knows it belongs in the league elite but hasn’t yet claimed a title. No one in MLS earned more points between 2019 and 2021 than the Union. The club’s start isn’t a fluke, and its goals go well beyond keeping the run alive by not losing the next game.

Analyzing Philadelphia’s chances of turning its good start into something it can put in its trophy case reveals positive signs. LAFC is off to a hot start but might lose Carlos Vela this summer. NYCFC looked like a challenger for the East’s top spot but has struggled to balance its Champions League efforts with MLS. It’s

The Supporters’ Shield is barely visible in the distance. The playoffs are even farther away. Right now, the first MLS honors of 2022 go to the Philadelphia Union, the league’s last unbeaten team.